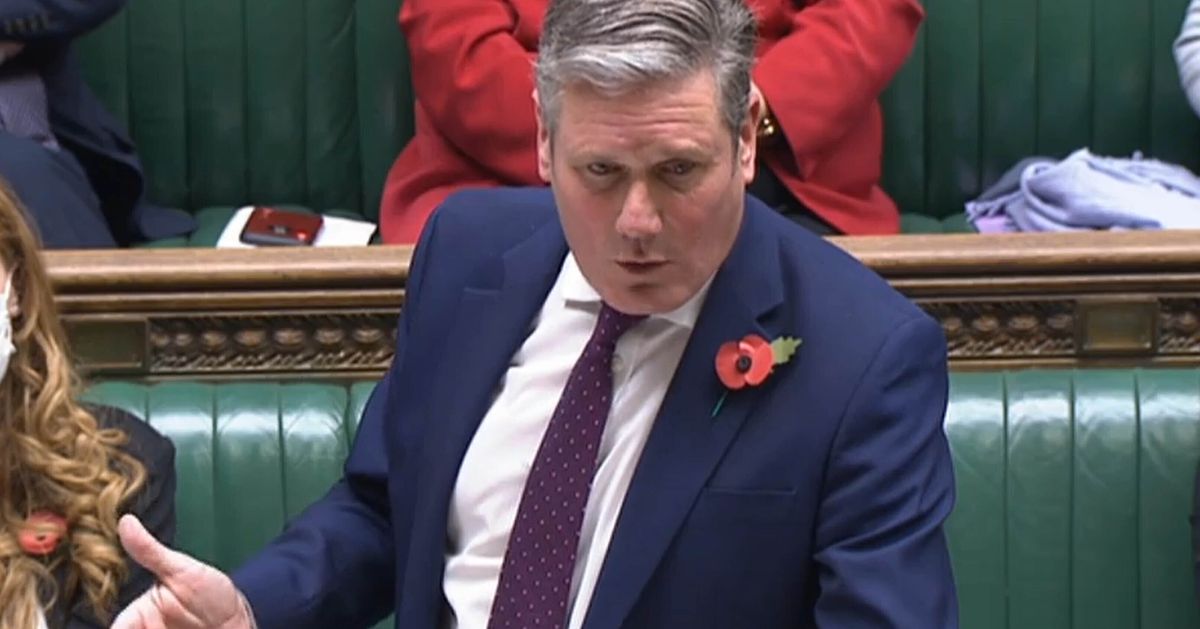 Labour party leader Sir Keir Starmer speaks in the House of Commons in London, during a emergency debate relating to standards.

Keir Starmer has accused Boris Johnson of being a “coward”, after the prime minister dodged an emergency Commons debate on MPs standards in the wake of the Owen Paterson affair.

The government performed a swift U-turn last week after it attempted to block Paterson being suspended from parliament for breaking lobbying rules.

Downing Street also moved to rip-up the current system for policing MPs behaviour and create a new committee with a Tory majority.

But in the face of a fierce backlash, Johnson abandoned his support for Paterson and ditched his plan to force through changes to the standards system.

Paterson then chose to quit parliament rather than face a second vote on being suspended.

Speaking in the Commons on Monday afternoon, Starmer said Johnson had given the “green light to corruption”.

“He does not even have the decency to come here, either to defend what he did or to apologise for his actions,” the Labour leader said.

“Rather than repairing the damage that he’s done, the prime minister is running scared.

“When required to lead, he’s chosen to hide. His concern, as always, is self-preservation, not the national interest.”

Starmer added that “instead of leading from the front” Johnson had “coward away”.

Johnson swerved the Commons debate with No.10 having said he had a “long-standing” commitment to visit a hospital in Northumberland.

Instead the PM sent Steve Barclay, the chancellor of the Duchy of Lancaster, to face MPs in his place.

Lindsay Hoyle, the Speaker of the Commons, opened the debate by telling MPs parliament had to “sort out the mess we’re in”.