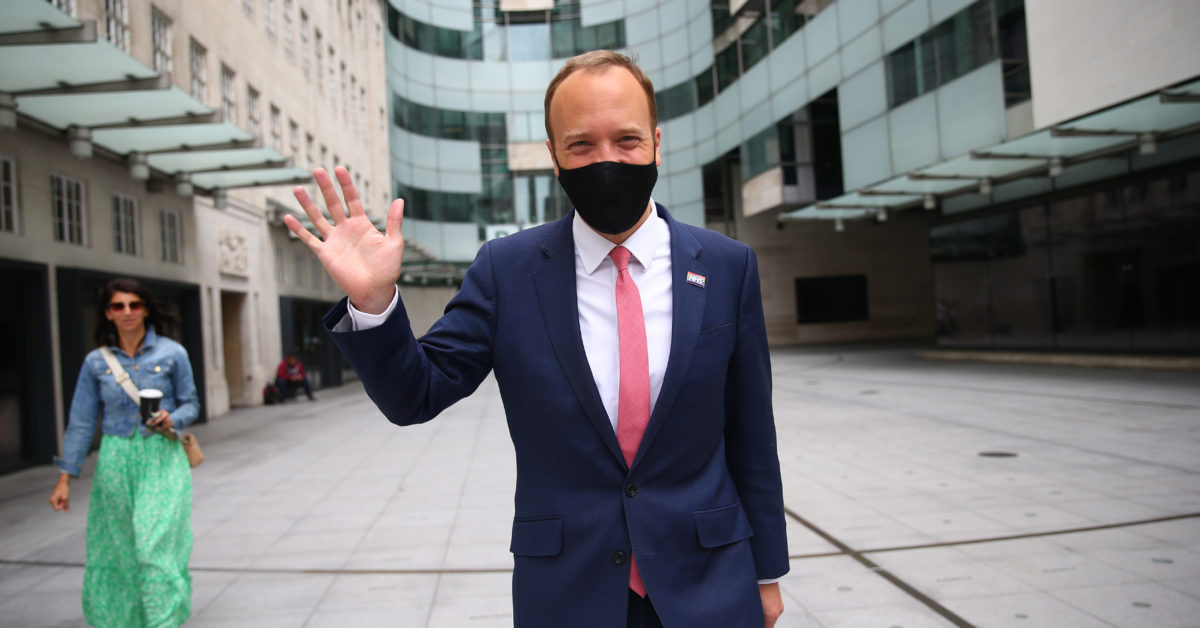 LONDON â€” Boris Johnson insisted the exit of scandal-hit former Health Secretary Matt Hancock over a breach of coronavirus rules took place at the â€œright pace,â€ despite declaring the matter â€œclosedâ€ a day before Hancock quit.

Hancock resigned from the government on Saturday after pictures emerged of him kissing Gina Coladangelo, a non-executive director at the Department of Health and Social Care. The images were reportedly from May 6, when gatherings of two or more people were banned indoors.

The exit came after Johnson on Friday publicly backed the health secretary, with his spokesman saying, â€œThe prime minister has accepted his apology and considers the matter closed.â€

But on Monday, Johnson himself told journalists, â€œI read the story on Friday and weâ€™ve got a new health secretary in post on Saturday, and I think thatâ€™s about the right pace to proceed in a pandemic.â€

Asked whether Hancock had undermined the governmentâ€™s message about being â€œall in it togetherâ€ amid the coronavirus crisis, Johnson said, â€œThatâ€™s right.â€

Johnsonâ€™s spokesman denied any inconsistency in the prime ministerâ€™s approach but emphasized that Hancock had indeed quit, rather than being sacked.

The row was seized on by Dominic Cummings, the prime ministerâ€™s former chief adviser, who has since gone on to sharply criticize both Hancock and Johnsonâ€™s handling of the pandemic.

Cummings again likened Johnson to a shopping trolley for changing direction, and claimed the prime minister had acted only after pressure from Conservative MPs and his wife, Carrie Johnson.

The prime ministerâ€™s spokesman denied this. He said of Hancock and Johnson, â€œThey discussed it further on Saturday, the former health secretary offered his resignation and the prime minister agreed it was the right thing to do.â€

That was echoed by Cabinet Office Minister Michael Gove, who told reporters Monday, â€œMatt did the right thing, and the second thing I would say is that the matter is now resolved because we have a new health secretary.â€

However, Angela Rayner, deputy leader of the opposition Labour Party, said the matter was â€œfar from over.â€ Labour has called for an inquiry into reports that Hancock and another health minister, James Bethell, used their personal email addresses to carry out government business.

The prime ministerâ€™s spokesman said, â€œBoth the former health secretary and Lord Bethell understand the rules around personal email usage and only ever conducted government business through their departmental email addresses.â€

The spokesman confirmed that Hancock himself had recruited Coladangelo as non-executive director in his department but added â€œall correct procedures were followed.â€