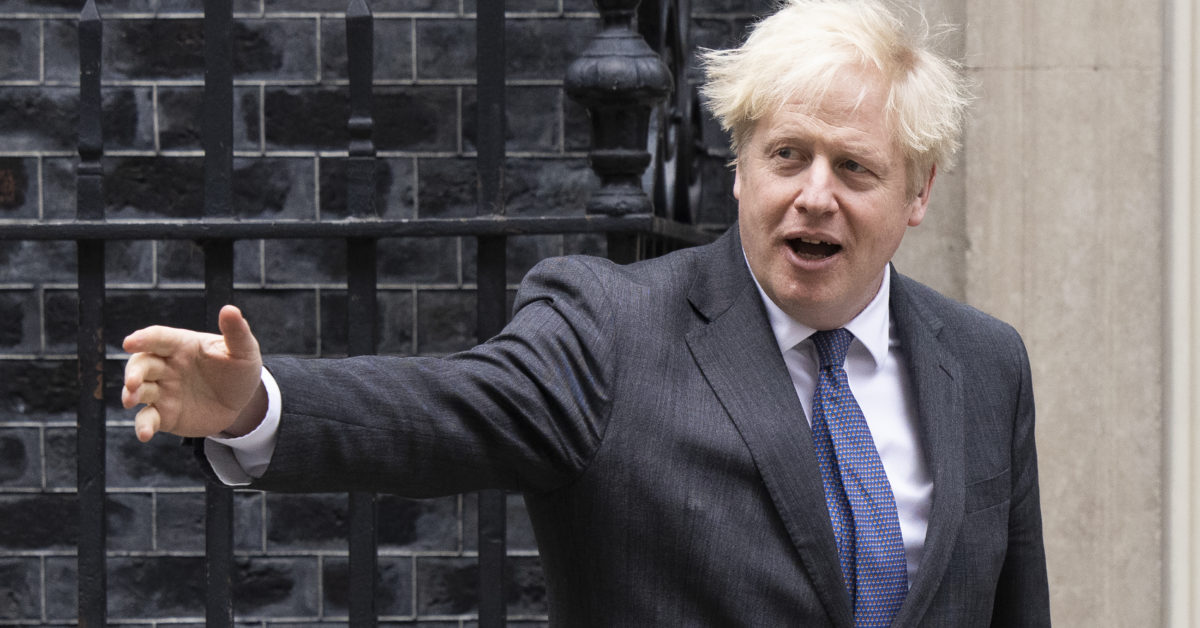 LONDON â€”Â Boris Johnson called on the EU to â€œsee senseâ€ in the final hours and days of Brexit trade talks, suggesting that it was up the other side to make a concession on the remaining sticking points.

Speaking to broadcasters on Friday, the U.K. prime minister said his negotiating team would â€œkeep talkingâ€ but that talks were â€œdifficultâ€ and there remained â€œa gap that needs to be bridged.â€

The two negotiating teams have been deadlocked for weeks, primarily on issues relating to how closely the U.K. will stay aligned to EU rules and to control of fish stocks. Johnson said the U.K. had â€œdone a lotâ€ to try and eke out a deal, adding: â€œWe hope our EU friends will see sense and come to the table with something themselves.â€ The EU’s chief negotiator Michel Barnier said Friday that there were “just a few hours” left to agree if an agreement was to be achieved and implemented by the new year.

Johnson repeated his insistence that the U.K. was prepared to exit the transition period on January 1 without a trade deal in place, despite the overnight tariffs and other additional barriers this would mean for trade with its largest market.

He conceded that such an outcome â€œmay be difficult at firstâ€ but that the country would â€œprosper mightily â€¦ on any terms.â€

His comments came as footage showed a kilometers-long truck queue on the M20 motorway in Kent, as truckers waited to enter the Eurotunnel crossing at Folkestone. Significant disruption is expected at ports whether or not the two sides can agree a trade deal, as under either scenario the U.K. will be leaving the EUâ€™s single market and customs union. Firms have been stockpiling ahead of the end of the transition period, exacerbating pre-existing coronavirus-related problems in international supply chains and creating serious capacity problems at several ports â€”Â even before new trading rules come into force on January 1.

On Friday, the U.K.â€™s leading business lobby group, the Confederation of British Industry, made a last-ditch call for a series of â€œgrace periodsâ€ on various aspects of trade and exchange of services between the EU and the U.K., to soften the blow to businesses already hard-hit by the economic impact of the COVID-19 pandemic.