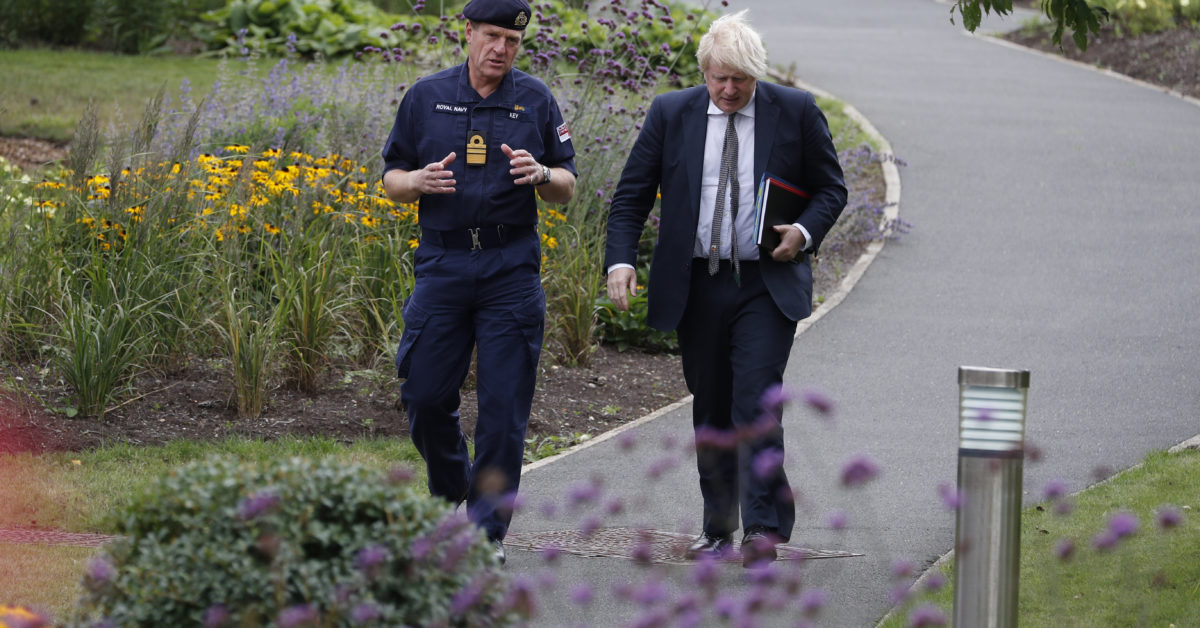 LONDON â€” The U.K. prime minister ordered a meeting of the governmentâ€™s emergency committee after two bombs exploded at Kabul airport amid efforts to evacuate Afghans, resulting in an unconfirmed number of casualties.

The first explosion hit the Baron Hotel, used by British military and diplomatic personnel to process Afghans seeking to enter the U.K., and was accompanied by small arms fire. However, there were no British military or civilian casualties, according to the U.K.â€™s Ministry of Defence.

Another bomb went off near Abbey Gate outside the airport, where U.S. troops were injured. Pentagon press secretary John Kirby said: â€œWe can confirm that the explosion at the Abbey Gate was the result of a complex attack that resulted in a number of US and civilian casualties.â€

Boris Johnson has been updated on the situation and will chair a meeting of the COBRA emergency committee later this afternoon, a Downing Street spokesperson said.

The U.K.â€™s Ministry of DefenceÂ tweeted: â€œWe are working urgently to establish what has happened in Kabul and its impact on the ongoing evacuation effort. Our primary concern remains the safety of our personnel, British citizens and the citizens of Afghanistan. We are in close contact with our US and other NATO allies at an operational level on the immediate response to this incident.â€

Earlier, Johnson told reporters the â€œoverwhelming majorityâ€ of eligible people had now been evacuated from Afghanistan by the U.K.

He specified that about 15,000 people had been flown out of Kabul but stressed that time remaining for evacuation efforts was â€œquite short.â€

French President Emmanuel Macron, speaking on a visit to Dublin after the attack, said France had 20 buses of dual nationals and Afghans stuck outside the airport trying to get out.

Conservative MP Nusrat Ghani tweeted that she was on the phone to an Afghan outside the airport when he heard the explosion. Her contact was, she said, unhurt and â€œmaking his way to his safe house where he is in hiding from the Taliban, with his MP mother.â€

The notice instructed people to stay away from Kabul airport and urged them to find â€œa safe location and await further advice.â€

The blasts came as Western forces scrambled to evacuate thousands of people before the deadline for troops to depart.

Armed forces minister James Heappey told LBC earlier: â€œWe wonâ€™t get everybody out. There will be people on your TV screens on the weekend who have been left behind.â€