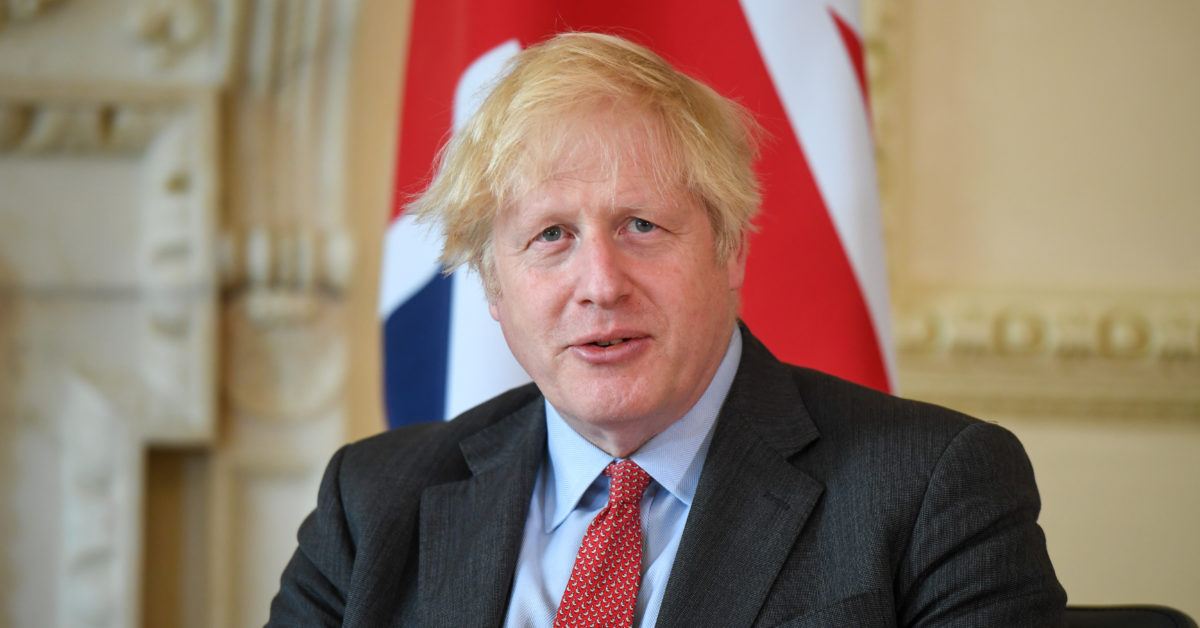 What is â€œleveling upâ€? Anything you want it to be, Boris Johnson suggested Thursday.

Challenged to set out his flagship policy plan aimed at improving the plight of left-behind parts of the U.K., the prime minister name-checked everything from increasing school funding and tackling junk food to investment in bike lanes and removing chewing gum from the streets.

One of the Conservativesâ€™ key election-winning slogans, Johnson has been repeatedly challenged to fill out the â€œleveling upâ€ agenda.

But by the end of a heavily-trailed address Thursday morning, even Johnson himself appeared to concede the speech was light on detail, telling reporters it contained â€œat least the skeleton of what to do.â€

Johnson, a former journalist known for his colorful (and sometimes deeply controversial) turns of phrase, reached for the metaphors. Leveling up, he said, will be the â€œyeast that lifts the whole mattress of dough â€¦ the magic sauce â€¦ the ketchup of catch-up.â€

Few policy portfolios went unmentioned, and key areas of the agenda No.10 has already announced on transport connectivity and funding for towns were also re-emphasised.

In perhaps the most politically significant portion of the speech, delivered in the West Midlands, Johnson sought to reassure jittery members of his own Conservative party that â€œleveling upâ€ parts of the U.K. that just recently made the switch to voting Tory wonâ€™t come at their expense.

Itâ€™s a worry compounded by the partyâ€™s recent by-election loss in the formerly safe southern seat of Chesham and Amersham.

â€œWe donâ€™t want to decapitate the tall poppies. We donâ€™t think you can make the poorer parts of the country richer by making the rich parts poorer,â€ the prime minister said. â€œLeveling up is not a jam-spreading operation, itâ€™s not robbing Peter to pay Paul â€¦ itâ€™s win-win.â€

Johnsonâ€™s speech was also big on highlighting the problems Britainâ€™s uneven economy already faces. He spoke in praise of Germanyâ€™s reunification, arguing that German leaders over the past few decades had â€œsucceeded in leveling up where we have not.â€ It was, he said, an â€œastonishing factâ€ that a few regions of the U.K. now have a lower per capita GDP than what was then East Germany.

One area where new policy did emerge Thursday was on the devolution of power, where Johnson promised to â€œre-write the rulebookâ€ to help local leaders get more powers and resources from Whitehall.

He raised the possibility of new, directly-elected mayors for individual counties, and asked any local leaders listening to get in touch with plans to improve their area in exchange for the â€œtools to change your area for the better.â€ A white paper with more detail is expected later this year.

The reaction to Johnsonâ€™s speech among Westminsterâ€™s policy experts was mixed.

Charlotte Alldritt â€” a former government aide who now directs the Centre for Progressive Policy think tank â€” told POLITICO she was â€œencouraged to see government acknowledge that leveling up must go beyond building roads and new rail links.â€

â€œThere was, however, little by way of detail on the wide-ranging components involved in raising living standards and increasing pride in communities,â€ she said. â€œUnless there is a more strategic and coherent delivery plan in place, it risks falling far short.â€

Thatâ€™s a view echoed by Nick Faith, founder of public affairs consultancy WPI Strategy, who said Johnsonâ€™s main message that leveling up would not â€œcome at the expense of leveling down more prosperous placesâ€ was â€œimportant but not particularly surprising.â€

The speech, he noted, â€œlacked any detail on policy and funding.â€

â€œThe big question that No. 10 will be mulling over is metrics,â€ Faith said. â€œDo they publish specific indicators of progress such as local crimes rates or life expectancy level? Doing so would make leveling up easier to measure but could open up a number of political attack lines for the opposition should the indicators go the wrong way.â€

Some of those political opponents were already circling Thursday. Labourâ€™s deputy leader Angela Rayner described the address as an â€œempty husk,â€ telling the BBC: â€œHe has no jobs promise for young people, and he has no recovery plan for our children.â€

Perhaps the most pointed barb came from Johnsonâ€™s former aide, Dominic Cummings, who left Downing Street last year and has since gone on the offensive, launching broadside after broadside at his old boss. It was, he charged on Twitter, a â€œcrap speechâ€ supporting a â€œcrap sloganâ€ which had failed to register with voters.

No. 10, recently bolstered by a team focused solely on â€œleveling up,â€ is promising a white paper in the fall detailing more of its thinking.