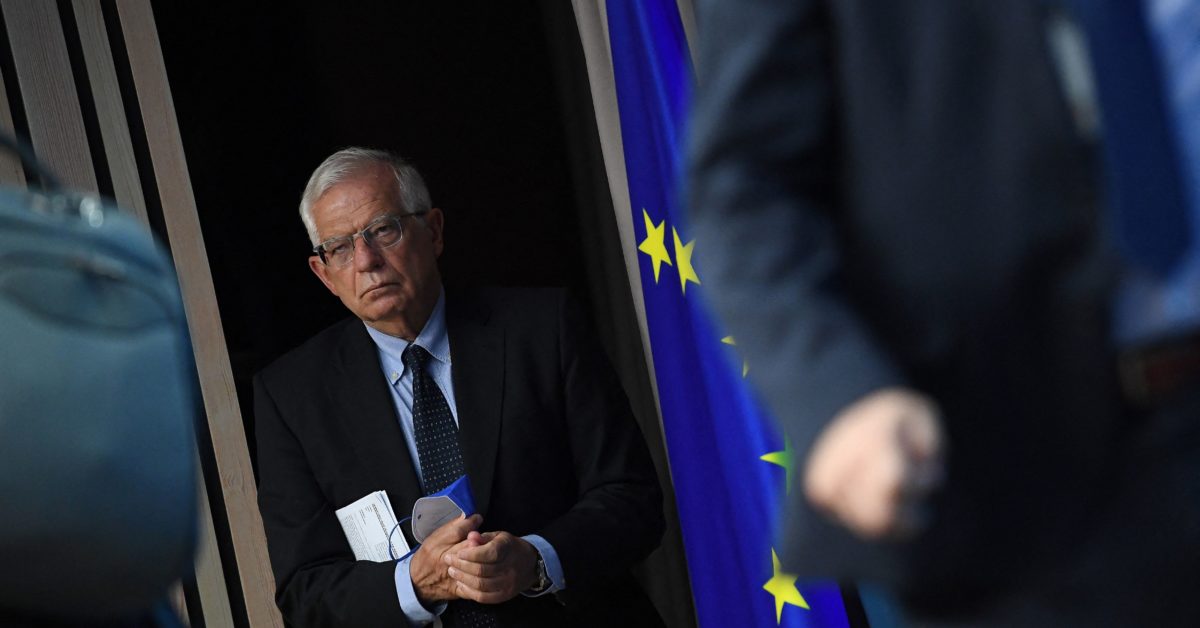 The remarks reflect a growing concern in the EU that the bloc is not living up to its promises toward Africa and Latin America — both in terms of fighting the pandemic as well as building trade links — while China is sending more vaccines, making big investments and expanding its influence in these regions.

“China’s expansion in Africa and Latin America should concern us and should occupy us a great deal,” Borrell told a summer course organized by the Menéndez Pelayo International University in Santander, Spain. “In Europe, we vaccinated 60 percent of our population, in Africa, they are at 2 or 3 percent. Who’s the big vaccine supplier to Africa? China. Who’s the big vaccine supplier to Latin America? China.”

Borrell compared that to the vows made by European Commission President Ursula von der Leyen, who pledged 200 million doses to low- and middle-income countries by the end of the year.

“Yes, but when?” Borrell said. “The problem isn’t just the commitment but the effectiveness.”

According to the latest figures he had seen, Borrell said Europeans had distributed “around 10 million doses in Africa for a continent with 1.5 billion inhabitants. It’s certainly insufficient.”

The EU foreign policy representative recalled that von der Leyen launched her “geopolitical Commission” in 2019 by traveling to Africa and promising close partnership and cooperation. Those promises have now been thrown into doubt, he warned.

“We’re doing a lot but this lot isn’t enough,” he said. “An African leader recently told me: ‘You told us you would be our best partners. Well, now you have the chance to prove it.’”

The Chinese media has homed in on this point, portraying China as the most helpful partner for the developing world, while dismissing EU and U.S. efforts as negligible.

He also acknowledged that the EU has a problem with the visibility of its vaccine donations, despite being closely involved in COVAX, the global vaccine distribution initiative.

“We’ve given a lot of money to COVAX, we’re the great funders of COVAX,” he said. “But COVAX doesn’t appear as Europe, it’s an intermediate entity that has had enormous difficulties in supplying vaccines in the necessary amount.”

The Commission has similarly raised concerns about a lack of visibility for donations, especially when compared to the media blitzes that China and Russia launch when they offer supplies. The Commission wrote in the spring that it wanted to increase the awareness of its exports and donations by slapping EU and national flags on packages and allowing countries to donate to specific, strategically important regions.

The EU did eventually make a big public splash when it announced the 200 million dose donation. But the grand rhetoric has not yet been met with follow-up action. A Commission document seen by POLITICO showed that, as of July 14, only 4 percent of around 150 million vaccines that countries promised to donate had been delivered.

While the EU has exported many millions of doses around the world, the biggest recipients of those shots are wealthy countries like Japan and Canada.

Borrell said his concerns about slow EU action and Chinese expansion were not only linked to the area of vaccine distribution but also to trade deals.

“It is hard to understand why Europe is having so many delays in approving the association agreements with Mexico and Chile, while China is landing in all parts of Latin America and occupying a predominant role,” he warned, referencing two pending EU trade and political cooperation deals.

He added: “We should be much more diligent — and Latin America tells us: ‘Hey, if you are so concerned and want to be such partners with us, then please sign these agreements, because in the meantime China is landing.’”