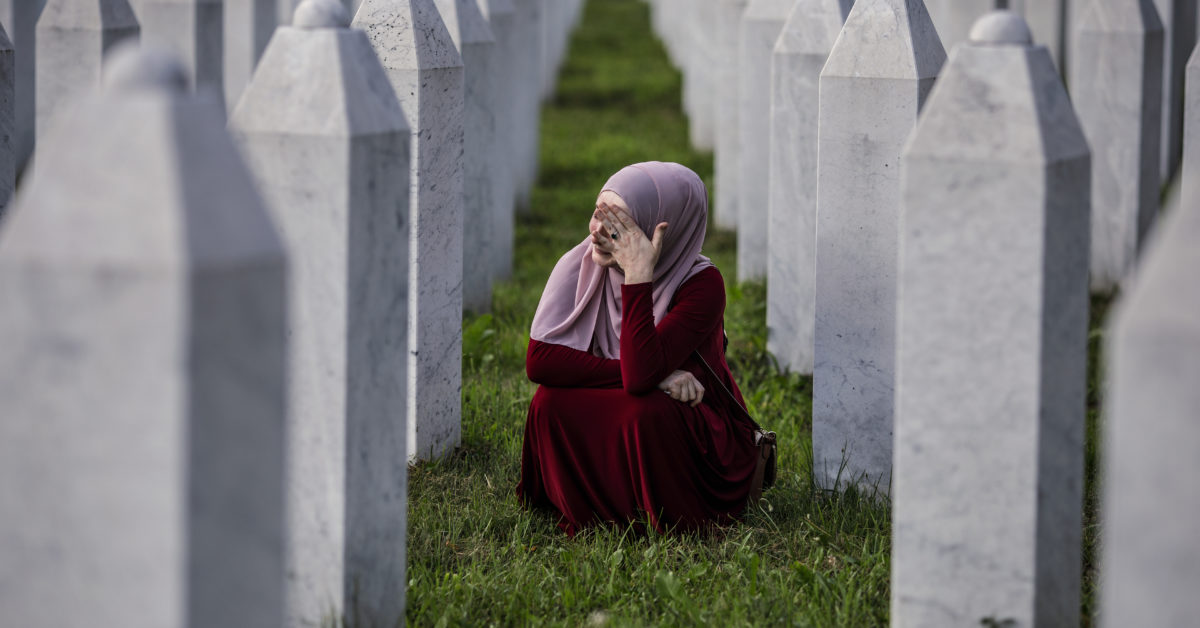 Genocide denial in Bosnia and Herzegovina has been made illegal after the international peace envoy to the country used his executive powers to bring in a new law.

Breaking the law â€” one of the most significant actions by a holder of the Office of the High Representative since the post was created in the aftermath of the 1992-95 war â€” can be punished with a prison sentence from six months to five years.

â€œI would like to emphasize that there can be no reconciliation without the recognition of crimes and culpability,â€ High Representative Valentin Inzko said in a letter to Bosniaâ€™s three-member presidency and state-level institutions, seen by POLITICO.

â€œHate speech, the glorification of war criminals and revisionism, or rather open genocide and war crimes denial, prevent societies from facing their collective past,â€ the letter reads.

â€œThey represent the repeated humiliation of victims and their closest of kin, while also prolonging injustice and endangering peaceful social relations.â€

The Office of the High Representative was created by the U.N. Security Council after the signing of the Dayton peace agreement at the end of the war in the country in 1995, with the goal of monitoring Bosniaâ€™s complex and highly ethnicized political system.

The decision, made public in the countryâ€™s official gazette early Friday, came as a shock since most high representatives â€” who are granted executive powers such as calling snap elections or suspending politicians â€” have taken a backseat approach so as not to endanger Bosniaâ€™s sovereignty.

Inzko has been in the role since 2009 and published his decision with just a week left in the job. He will be replaced by German conservative politician Christian Schmidt.

This is the most significant decision the Office of the High Representative has made since March 1999, when then-holder Carlos Westendorp removed Nikola PoplaÅ¡en as president of the Serb-dominated entity of Republika Srpska.

After the Dayton agreement, Bosnia was divided into two entities: The Serb-majority Republika Srpska and the Bosniak and Croat Federation of Bosnia and Herzegovina, which each have their own parliament and governing bodies and are overseen by a state-level government.

There is also an autonomous district in the north overseen by an internationally selected governor. Each constitutionally defined ethnic group has its own member of the presidency.

Milorad Dodik, the Bosnian Serb member of the presidency, has made denying the Srebrenica genocide â€” declared a genocide by several verdicts from the International Criminal Tribunal for the former Yugoslavia (ICTY) â€” a central theme of his platform and dominance in politics in the Republika Srpska. The new law penalizes political speech, such as his, that denies genocide or glorifies war criminals.

Dodik has rallied ultra-nationalist voters over the years by minimizing the crimes perpetrated by the Bosnian Serb army during the war and by denying the slaughter of over 8,000 Bosniaks in the city of Srebrenica in July 1995.

â€œThe constant rhetoric coming from the Republika Srpska leadership denies the judgments of the International Court of Justice and the ICTY. The key weapon of Milorad Dodik and his government, which has been used to stoke conflict and keep the country in permanent turmoil, has just been taken away,â€ said HodÅ¾iÄ‡.

â€œHowever, what remains to be seen is the determination of the international community in making sure the law is implemented. Dodik has already threatened dissolution and blocking the institutions from functioning,â€ he added.

In a press conference immediately after the decision, a visibly enraged Dodik said Bosnian Serbs â€œshould never accept this law.â€

â€œGenocide did not happen in Srebrenica,â€ Dodik repeated several times. â€œThis is the final nail in the coffin of the country of Bosnia and Herzegovina. The Republika Srpska has no choice but to launch the process of dissolution.â€

The Bosnian political system grants veto powers to the political representatives of its three ethnic groups, which has meant that previous attempts to pass such a law failed mainly due to Bosnian Serb opposition.

â€œThis should have been adopted by the institutions of the country, instead of having to endure the shame of having the law imposed 26 years after the genocide,â€ said Dragan BursaÄ‡, a columnist based in Banjaluka who follows Dodikâ€™s political maneuvers.

â€œThe most important aspect of the law makes it illegal to glorify war criminals. The assembly of Republika Srpska has issued medals and awards to an entire set of war criminals from the entity in the past,â€ he said.

Bosnia will hold a general election in the fall of 2022. Both the government and opposition in the Republika Srpska support Serb nationalist policies.

â€œIn the next days, we will witness nationalism in freefall in the Republika Srpska,â€ predicted BursaÄ‡. â€œFrom open genocide denial to mockery to talk about the Serbs being victims, these skeletons are bound to come out of the closet again.â€