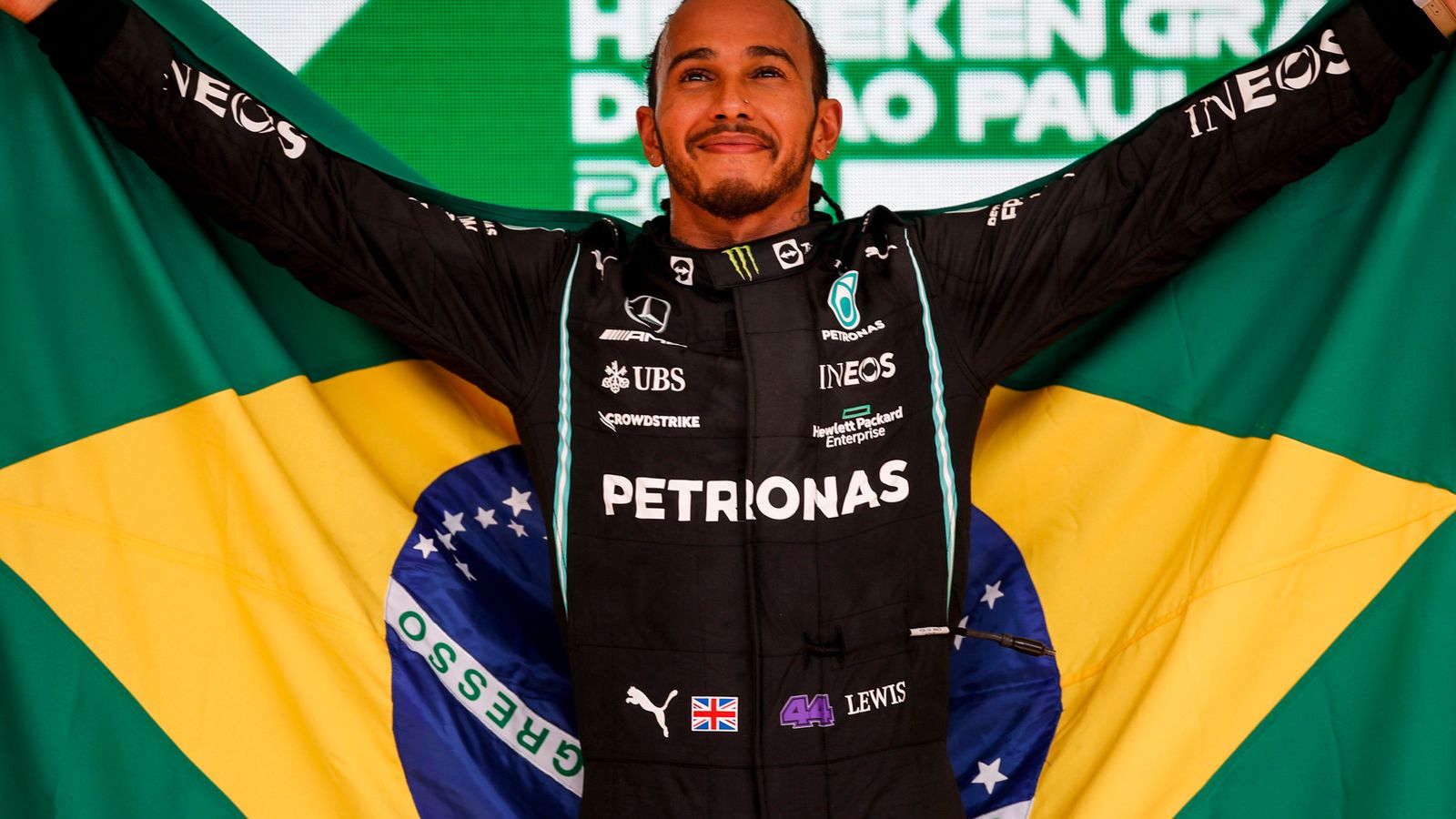 Lewis Hamilton returns to Brazil this weekend aiming for a milestone win in what is technically another home race.

While that may sound baffling to some, Hamilton – born and bred in Stevenage – is now an honorary Brazilian citizen. F1’s seven-time world champion is therefore set to rekindle a relationship with the Brazilian people that has had its ups and downs, and for a homecoming at an Interlagos track where he has produced arguably his greatest on-track moments.

Hamilton’s mission to secure his first win of the season will be a huge challenge given Max Verstappen’s 2022 dominance and Mercedes’ struggles. However, to quote the great Murray Walker, when Hamilton races in Sao Paulo it seems that anything could happen, and it usually does…

Hamilton’s first two seasons in Formula 1 saw Brazil the setting for final race deciders in which Hamilton certainly felt like he was on the away team.

In 2007, the fans backed Ferrari’s Kimi Raikkonen, team-mate of Brazil’s Felipe Massa to the Finn’s first and only world championship victory. The following year, the hostility turned up a notch when it became Massa who Hamilton battled for the title.

After missing out by an agonising single point in 2007, Hamilton rescued a maiden championship from the jaws of defeat, beating Massa by a point by overtaking – you know the commentary – Timo Glock on the final corner of the last lap.

The agony Hamilton had experienced in 2007, he inflicted on the Brazilian people in 2008. The Briton’s villain status in Brazil was solidified, for now.

An important character in the story of Lewis Hamilton and Brazil is someone that the British driver never met.

Ayrton Senna was and continues to be a hero to many Brazilians. The three-time F1 champion did not just raise his nation’s flag on the global stage with mesmerising drives but also helped lift communities through his charity work. Senna’s state funeral – one of the biggest in Brazil’s history – went to show just how much he meant to the Brazilian people.

Senna also meant a lot to a young Hamilton growing up, with Hamilton citing Senna as his inspiration throughout his career, often paying tribute to the Brazilian by sporting a yellow helmet.

When reflecting on these two greats of F1, similarities in driving ability and charity are clear to see. A third, less obvious comparison that can be drawn between the two is that neither were afraid to stand up for what they felt was correct, even when it was only their voices that could be heard.

Senna’s impact on Hamilton to fight for positive change, even when feeling alone, is something the Briton alluded to seven years ago ahead of his third championship drawing him level with Senna.

“If Ayrton had been able to continue, he would have won many more races and many more championships, so I think I’m going to be carrying the baton for both of us,” said Hamilton in 2016. “Striving to win more for the both of us,”

The Brazilian Grand Prix in 2016 is often remembered for the remarkable drive by Verstappen in torrential rain.

It is easy to forget the driver who led the race from the start to the chequered flag.

2016 was Lewis Hamilton’s first victory at Interlagos on his 10th attempt. On finally winning, it was clear that triumphing in Brazil meant that little bit more with Hamilton shouting “Yes! Brazil!” as he donned a Senna tribute helmet.

Perhaps this Senna-like drive, along with Hamilton’s embrace of his hero’s country helped change Hamilton’s villainous perception in Brazil.

Last year’s epic victory by Hamilton in Brazil will go down in F1 history, with Sky Sports F1’s Damon Hill describing the seven-time champion’s performance as “one of the great drives” that he had ever seen.

Hamilton entered the weekend with fierce rival Verstappen taking a significant lead in the title race after two big wins in Austin and Mexico. The Mercedes driver needed to win to keep the championship alive.

After taking pole position on the Friday evening ahead of Saturday’s Sprint, Hamilton was disqualified due to his Mercedes rear wing flap opening 0.2mm more than the legal 85mm. Hamilton would start from the back of the field, and to make matters worse, he had a five-place grid penalty drop, due to a new engine part, from whatever he could make up in the Sprint.

With a fast Mercedes and some brave overtakes, Hamilton put in a mega drive to finish fifth, securing 10th place as his grid slot for Sunday. He still had much work to do with Verstappen starting on the front row.

Sunday came and Hamilton made his way into second position, before battling Verstappen for the lead. The season’s controversy continued, seeing Verstappen run both drivers off track and not being penalised, much to Mercedes’ frustration. But eventually Hamilton snatched the lead, took the victory and celebrated with the fans that had been cheering him all weekend, draped in the green, yellow and blue flag of Brazil.

Taking victory in the face of adversity has been a hallmark of Senna and Hamilton’s career.

Hamilton winning that race and dedicating it to the people of Brazil created a bond that ultimately led to a successful request to make Hamilton an honorary citizen of what the Brit described as “one of my favourite places”.

The Mercedes driver went on to say, “I don’t really have the words right now. Thank you, Brazil, I love you. I can’t wait to see you again.”

And so, this weekend, Hamilton will see Brazil again. His relationship with Brazil will remain special whether or not he is victorious, but if Hamilton wins at all this year, Interlagos is a place that would embrace it more than many.