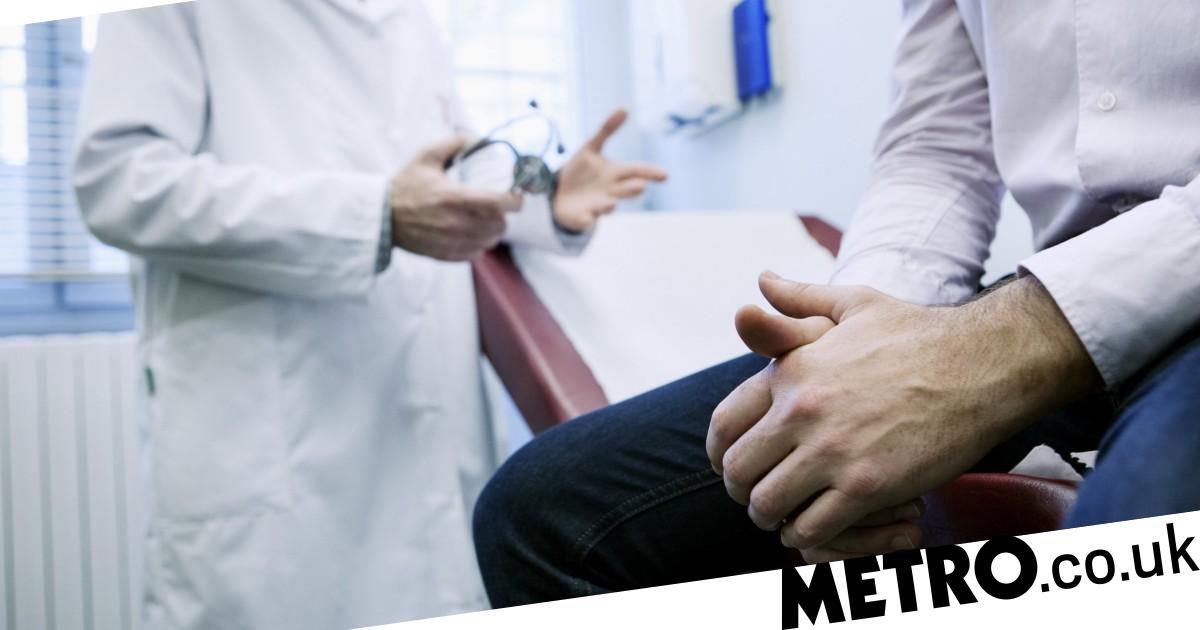 A harmful gene mutation that has long been linked to breast and ovarian cancer in women also increases the risk of prostate cancer in men.

Each person carries two copies of each, inherited from both parents. When they mutate or become faulty, they can result in a highly-increased risk of cancer.

Angelina Jolie famously underwent a preventative mastectomy in 2013 after discovering she had inherited the BRCA1 mutation.

Now, a new study has provided the strongest evidence to date of links involving BRCA1 or BRCA2 mutations to prostate cancer in men.

The findings could help those at greatest risk access cancer screening earlier.

According to experts from the University of Cambridge, men who carry a BRCA2 mutation have a 27% risk of developing prostate cancer by the time they are 80 years old.

Thatâ€™s more than double the rate compared to non-carriers.

Among both men and women, carrying either a BRCA1 or BRCA2 mutation more than doubled the risk of pancreatic cancer to 2.5% to 3% by age 80.

These faults were also linked to an increase in the risk of stomach cancer, although the experts said this form of cancer is very rare.

According to the study, which was published in the Journal of Clinical Oncology, mutations in both genes significantly increased the risk of breast cancer in men â€“ but the disease is still very rare.

Breast cancer accounts for less than 1% of all male cancer cases in the UK.

In the past, the mutations have been linked to an increased risk of some other cancers, such as melanoma, but the researchers did not find evidence to support this.

Professor Marc Tischkowitz from the department of medical genetics at the University of Cambridge said: â€˜The link between BRCA2 and prostate cancer and pancreatic cancer is now much clearer, thanks to the data weâ€™ve analysed.

â€˜We have also identified a potential link with stomach cancer, but this is based on small numbers and needs further study.

â€˜Our data suggests that there is no strong link between BRCA2 and melanoma, which may provide greater clarity to BRCA2 gene carriers.

â€˜Overall, the results will add to our knowledge on optimising cancer screening and early detection strategies for people who are known to carry these faulty genes.â€™

BRCA mutations are uncommon, and affect around one in 300 to 400 people in the population.

The researchers were funded by Cancer Research UK and analysed data from almost 3,200 families with one or more members with the BRCA1 mutation to reach their conclusions.

They also looked at data from almost 2,200 families with the BRCA2 mutation.

Although uncommon, the mutation can be devastating for women. A female BRCA1 carrierÂ has betweenÂ aÂ 60% and 90% chanceÂ of developing breast cancer.

In other words, between 60 and 90 out of every hundred BRCA1 carriers go on to develop breast cancer.

While women can opt for a mastectomy to lower their chances of developing breast cancer, removal of the testicals for men (orchidectomy) to fight prostate cancer is possible but uncommon.

A more likely course of treatment are injections or tablets to help lower the amount of testosterone in the blood to fight the disease.


MORE : I want you to ask the Black men in your life to get checked for prostate cancer