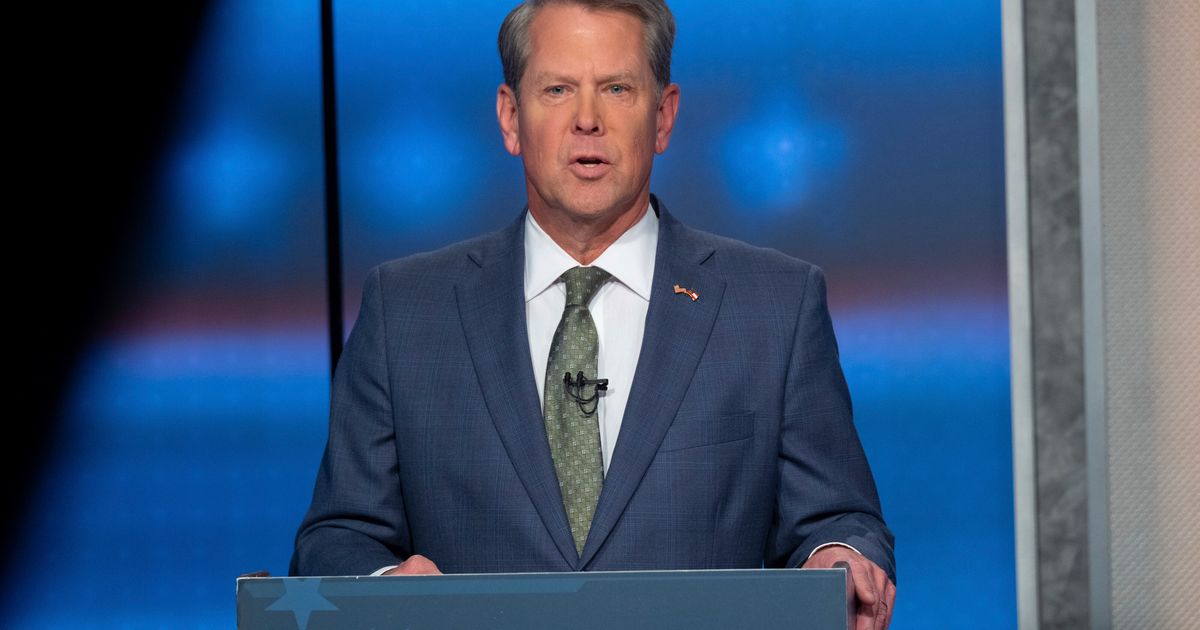 During their final debate on Sunday, GOP Georgia Gov. Brian Kemp danced around a question about abortion, but Democratic challenger Stacey Abrams threw it back in his face. (Watch the video below.)

Asked by a moderator if he would sign a more restrictive abortion bill passed by the legislature, Kemp replied: “I’m not gonna say yes or no to any specific piece of legislation without seeing exactly what it’s doing. It’s not my desire to go move the needle any further on this issue.”

Kemp tried to change the subject completely by saying he was focused on helping Georgians fight inflation and providing property tax relief.

Abrams, who is challenging the Republican incumbent a second time, didn’t let Kemp off the hook.

“Let’s be clear: He did not say he wouldn’t [support a more restrictive abortion bill],” she said.

Abrams noted Kemp has praised the “Texas bounty system” which allows citizens to make $10,000 by reporting on people who may have had abortions. She accused him of signing a bill enabling investigations into women who have had miscarriages and other pregnancy losses.

“Brian Kemp does not have a plan for the lives of the women who are being forced to carry pregnancies to term that are unwanted pregnancies,” Abrams said. “But more importantly, he refuses to protect us, he refuses to defend us.”

During debate w/ Stacey Abrams, Brian Kemp refuses to say if he would sign even more abortion restrictions into law. Abrams then says Kemp “does not have a plan for the lives of the women who are being forced to carry pregnancies to term” and adds that he defended Herschel Walker pic.twitter.com/hNCau6MNls

The so-called “fetal heartbeat law,” signed by Kemp in 2019 but activated when the Supreme Court struck down federal abortion protections, bans most abortions after six weeks, which is before most women know they’re pregnant. It deems a fetus a person, meaning that “the termination, or suspected termination, of a pregnancy after the six-week point could be considered murder under Georgia’s law,” HuffPost’s Alanna Vagianos wrote. The law contains exceptions for rape and health risk to the pregnant person.

Some legal experts believe women could be investigated “if there are questions” over a miscarriage or possibly illegal abortion, according to the Savannah Morning News.

Kemp said he would not attempt further abortion restriction in the previous debate, The New York Times noted, but apparently decided that waffling this time around would be the way to go a week before the election.