Brussels ups the ante in rule-of-law dispute with Poland 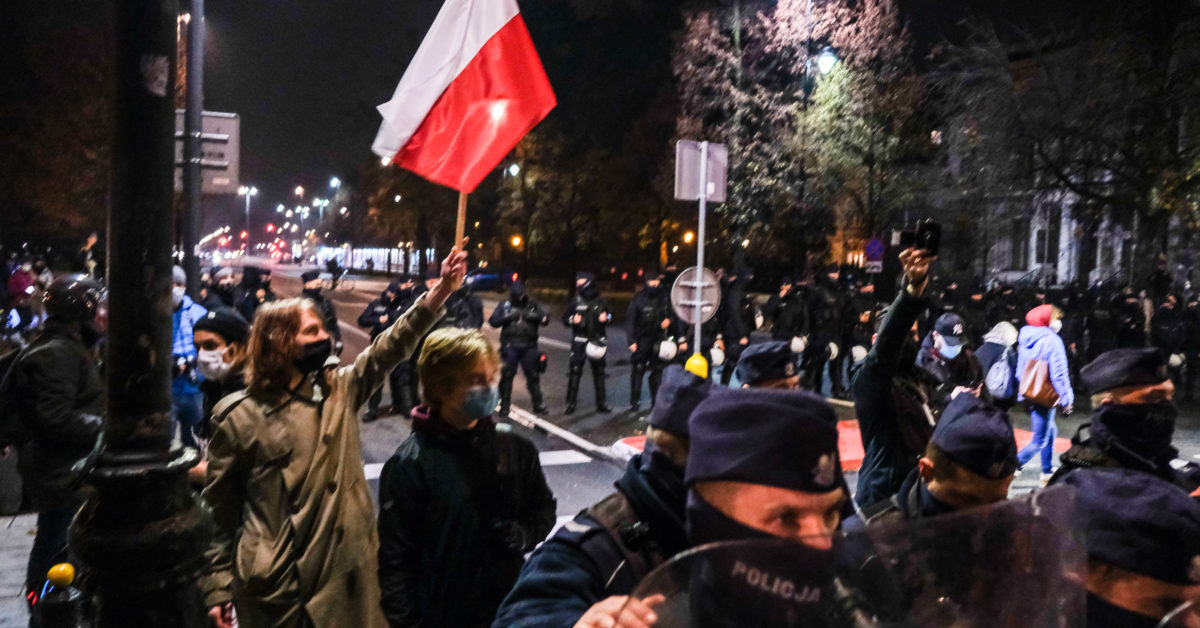 Brussels is increasing pressure on Warsaw in its long-running confrontation over the rule of law.

The European Commission, in a move it called â€œrather exceptional,â€ on Tuesday urged the EU’s top court to impose daily fines on Poland to get it to comply with an order to suspend the functioning of a controversial body for disciplining judges.

It’s one of a series of recent efforts by the EU to change the behavior of the government in Warsaw, which is accused of backsliding on the EU’s rule of law and democratic principles.Â Those moves include threatening to withhold EU funding for regions passing anti-LGBTQ+ resolutions and delaying approving the government’s pandemic recovery spending plan.

It’s a striking change for the Commission, which has spent more than five years trying to cajole Poland’s ruling nationalist Law and Justice (PiS) party into obeying EU rules with slow-moving infringement procedures and a so-called Article 7 process that could strip Poland of its voting rights as an EU member, but which has no chance of being politically accepted.

Brussels has a new legal weapon â€” linking the disbursal of EU funds to respect for the rule of law â€” but it hasn’t been used yet as it’s being challenged in court by both Warsaw and Budapest.

Instead, the Commission has found other ways to put the financial squeeze on Poland.

â€œThe Commission is using an old EU tactic â€” itâ€™s circling around problems by using other tools,â€ said Jakub Jaraczewski, a research coordinator at Democracy Reporting International. â€œIn this case, since the Commission considers the rule-of-law mechanism not ready, the Commission puts financial penalties, delays the recovery plan and withdraws the money for Polandâ€™s regions.”

In Tuesday’s announcement, the Commission said Poland has not fully complied with a July decision by the Court of Justice of the EU ordering the immediate suspension of the Disciplinary Chamber of the Supreme Court, finding it wasn’t independent and impartial.

Despite the Polish government’s August promise to comply, the chamber is still operating.

Now the Commission has run out of patience.

“The Disciplinary Chamber is continuing some of its activities against judges, even though all those activities were supposed to be fully suspended,â€ said VÄ›ra JourovÃ¡., the Commission’s vice president for values and transparency.

The Commission wants Poland to pay daily fines set by the court, with the money being deducted from the countryâ€™s EU fund allocation, a senior Commission official said.

â€œWeâ€™re dealing with hypocrisy, politics, and not the law,” Ziobro said. “Poland certainly canâ€™t pay penalties imposed on us in an illegal way.â€Â

It’s not the only financial penalty facing Poland.

Earlier this month, top Commission officials linked paying out â‚¬36 billion in grants and loans under the EU’s Recovery and Resilience Facility to another rule-of-law dispute.

This one is over a filing by Prime Minister Mateusz Morawiecki to Poland’s Constitutional Tribunal on whether EU law has precedence over the Polish constitution.

European Commission Executive Vice President Valdis Dombrovskis said on Monday that the primacy of EU law “is a very fundamental question, and the European Commission has been very clear also in other cases” on the issue, adding that Poland knows what it has to do to get the cash.

Economy Commissioner Paolo Gentiloni made the same link last week. â€œThe discussion, as the Polish authorities know very well, includes also the issue of the primacy of EU law and the possible consequences of this issue on the Polish recovery and resilience plan,” he told MEPs.

The Constitutional Tribunal, which is widely considered to be under the control of PiS, delayed the case four times and is due to issue its ruling on September 22. Despite the pressure from Brussels, Morawiecki insists heâ€™s not going to withdraw the motion.Â

â€œWe donâ€™t want to have â€˜a master and customerâ€™ relationship with the European Commission,” Morawiecki said last week. “Poland doesnâ€™t have any master. This is not a vassal relationship. Poland is not going to ask for it, because we have the full right to it.â€

In yet another dispute with financial implications for Poland, the Commission has also warned it would withhold payment of some structural funds to five Polish regions that have adopted what they call “anti-LGBT ideology” resolutions.

The local assemblies in some of those regions are defying pressure from the Commission and refusing to withdraw their resolutions, despite the threat of losing as much as â‚¬2.5Â billion in EU funds.