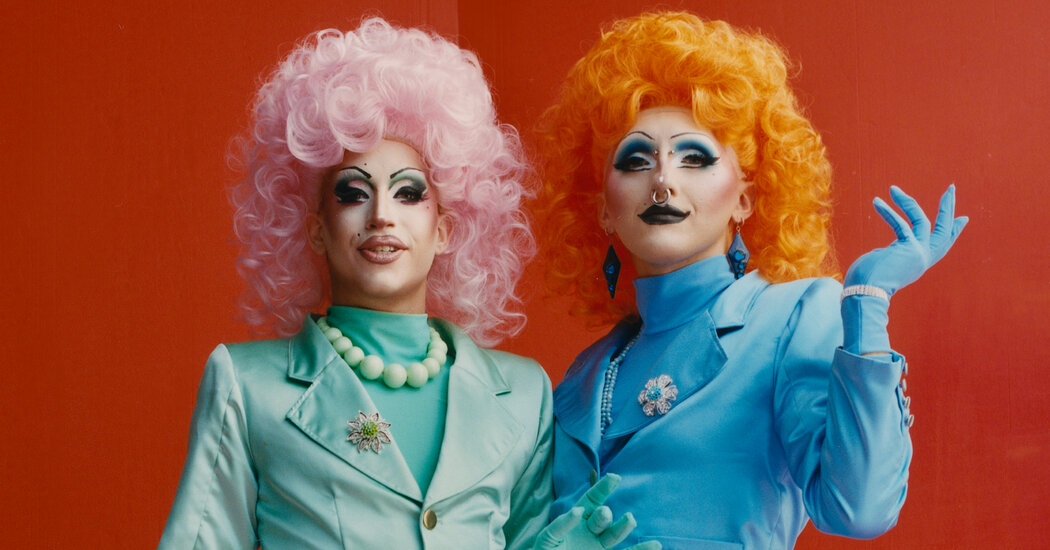 The annual festival celebrated 10 years of drag, queerness and artistry this month, but some local queens want more.

Bushwig, the end-of-summer drag weekend extravaganza held each year in New York, was born of a simple desire.

It was 2012, and the drag queens Horrorchata, 36, and Merrie Cherry, 38, were day drinking with their friend Simone Moss, 41, at a bar in the Williamsburg neighborhood of Brooklyn. At one point, Horrorchata recalled in a recent phone call, she realized: “All my friends do drag.” And: “I wanted to see all my friends on the stage.”

A decade later, the annual festival created by Horrorchata and Ms. Moss has grown from a modest affair, held in someone’s backyard, to a two-day jamboree that draws all types of performance artists, singers, dancers and stylish queer people to one stage, for an audience of more than 5,000.

“It’s the gay Super Bowl, gay Christmas — a once-a-year event,” Horrorchata said. “This is basically the Met Gala for aliens.”

This year, Bushwig took place on Sept. 11 and Sept. 12 at the Knockdown Center (the festival used to be in Bushwick but is now in the Maspeth section of Queens) and featured more than 200 performers, including the former “RuPaul’s Drag Race” contestants Heidi N Closet and Scarlet Envy; the Boulet Brothers (hosts of the horror-drag competition Dragula); Brittany Broski (of “Kombucha Girl” fame); and the nightlife diva Amanda Lepore.

While TV about drag often celebrates polish — perfectly painted makeup, flawlessly tailored gowns and stunt-laden lip-syncs — Bushwig is a festival that also celebrates the alternative and messier sides of the art form.

This year, there were performances that included a disheveled siren crooning to imaginary seamen and a queen death-dropping to the Super Mario theme song. Ostrich-feathered gloves and long bejeweled acrylic nails flew into the air to applaud queens as they performed original songs; duckwalked down the runway; and delivered a dramatic re-creation of Lady Gaga’s 2009 VMA performance of “Paparazzi,” complete with fake blood.

It was also a year in which the event’s growing pains became more public. Bushwig started paying non-headlining performers in 2019, and this year offered local queens two options for compensation: $60, or a pass to whichever day of the festival on which they weren’t performing.

Mthr Trsa, a 26-year-old local queen who performed on the first night of the festival, used the Bushwig stage to critique this arrangement.

While she strutted the runway in a skintight nude minidress and shot imperious looks at the crowd, a flashing screen behind her cycled through the words “GASLIGHT,” “GATEKEEP” and “GIRLBOSS,” before reading: “PAY ME.” (“Gaslight, gatekeep, girlboss” is a viral phrase that mocks capitalist feminism.)

After the festival was over, she made her position even more clear on Instagram.

“Congratulations bushwig on not paying local talent for the 10th year,” she wrote in the caption of a post. “This festival was built on local drag talent, yet here we are spending the money on headliners who made some performers so uncomfortable that they had to drop out.” (Two of the headliners — the rapper Azealia Banks and the YouTuber Nikita Dragun — have strained relationships to gay and trans communities because they have each posted offensive comments on social media.)

“It was really shocking,” said Laurel Charleston, 25, who performed on the first night. “The fact that you’re forced to choose between an ultimatum of going one day and getting a measly $60 — which doesn’t even pay for safe transportation to and from the event — and going the other day to support and see your friends is really not OK.

“A lot of these performers are trans people and transfems, and having transportation when they come in drag is really just for safety. So to know that you’re already in the hole because you had to make an outfit, you had to buy makeup, but then you’re in the hole again for transportation is disappointing.”

Yet for many queens, the scope of the stage and the pull of reaching a wider community was more prominently on their minds than the potential compensation.

West Dakota, 27, who performed at her fourth Bushwig this year — in a white cat costume with red nails and a powder blue bow — said, in a phone interview, “What’s so incredible about this thing is that it’s an equal platform for all of these performers.

Gil Ogen, 40, and his husband, Eli Blachman, 41, hired a babysitter for both nights and planned coordinated outfits to attend Bushwig. This is the fourth year they have attended, and they said that seeing performers and performances that are more avant-garde or unpolished than expected is part of the appeal.

“It’s Brooklyn — it’s more rough around the edges,” Mr. Blachman said. “So we don’t like everything we see, but we appreciate it.”

In many ways, the scrappy nature of the festival is what has helped it grow. Even last year, as pandemic restrictions shut down most of the city’s entertainment sites, Bushwig adapted into a smaller, outdoor event at McCarren Park in Williamsburg.

“There’s not a lot of infrastructure in place to support performers, to support people that work in nightlife,” West Dakota said. “But I think on that same token I realized that the support system that was there all along was our community. That was what was keeping us going.”

For attendees and performers alike, the potential for elaborate outfits is one of the biggest draws. This year, there were magnificent ball gowns, sculptural wigs and creative accessories; a rear end decorated to look like a bosom (complete with a chic, royal blue bodice); and one outfit in which red platform shoes dangled out of shirt sleeves where hands could’ve been. Neon mesh, open-back chaps, colorful mullets and fishnet in all of its forms adorned many crowd members, many of whom were no doubt captured by the constant snaps of photos.

Bushwig bills itself as a space to celebrate queer and trans performers of color. This year, Ceyenne Doroshow, the founder of G.L.I.T.S (Gays and Lesbians Living in a Transgender Society), was the festival’s guest of honor. The popularity of Bushwig also offered smaller collectives like In Living Color, which bills itself as “Highly melanated & genderfully extravagant,” a chance to connect with a broader audience.

“In bars and clubs, you often see the consistent same faces,” said Junior Mintt, a 26-year-old performance artist and community organizer who founded In Living Color.

“But at Bushwig, I looked out and I saw a lot of cis faces and white faces and all of these different faces that like I’m like, ‘Oh, my God, you are the people that I need to be saying this message to.’”

That doesn’t mean she thinks there isn’t room for improvement.

“I get paid more if a bar books me for a brunch than if I go and perform at Bushwig’s two-day festival,” Junior Mintt said. “As a Black trans woman, the reason I do what I do — and the reason I’ve built the events in the spaces and the stages that I’ve built — is because I’m tired of being told that I’m getting a spot at the table, and then the table is crooked, uneven and broken.”

Ultimately, though, she noted, “Bushwig is a place for unbridled expression, and whether that expression be artistic, emotional or mechanical, people have decided to express themselves in whatever way suits them.”

“That is the beauty of it,” she said. “Because I saw people in sandals and socks rocking just a baseball hat, and then I saw people in head-to-toe, monochromatic looks with nine-inch pleasers on.” 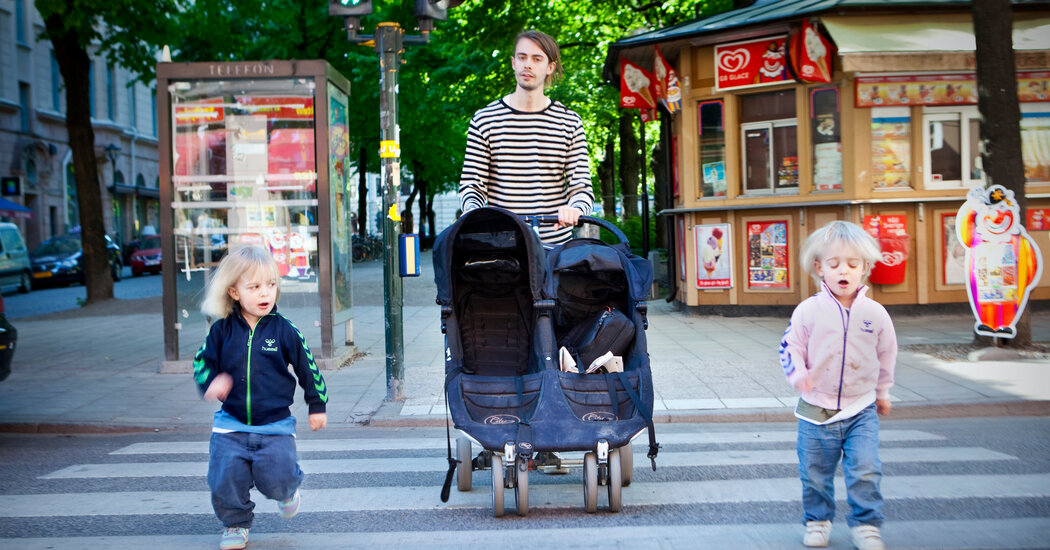 Men Are Caregivers, Too, in Democrats’ Plan 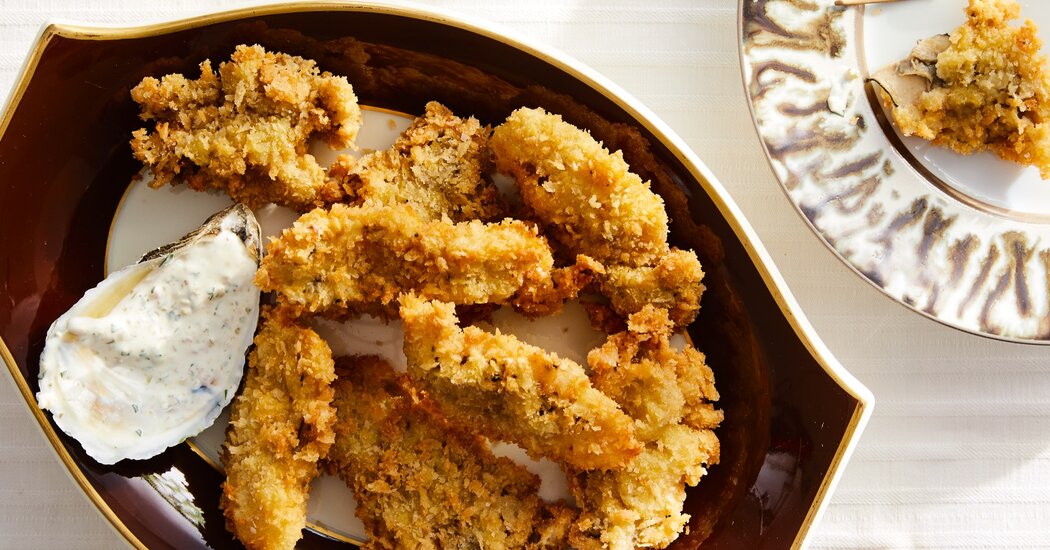 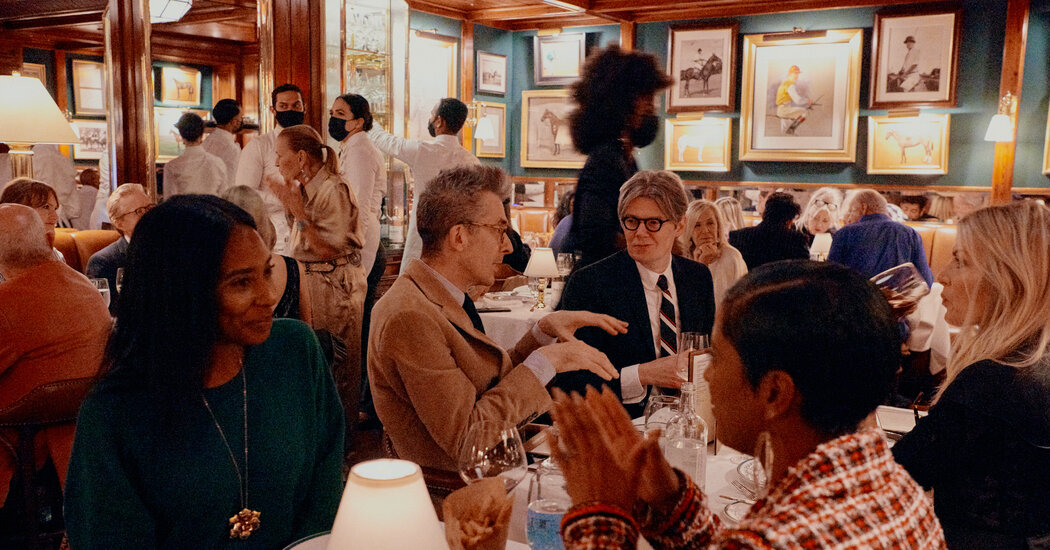