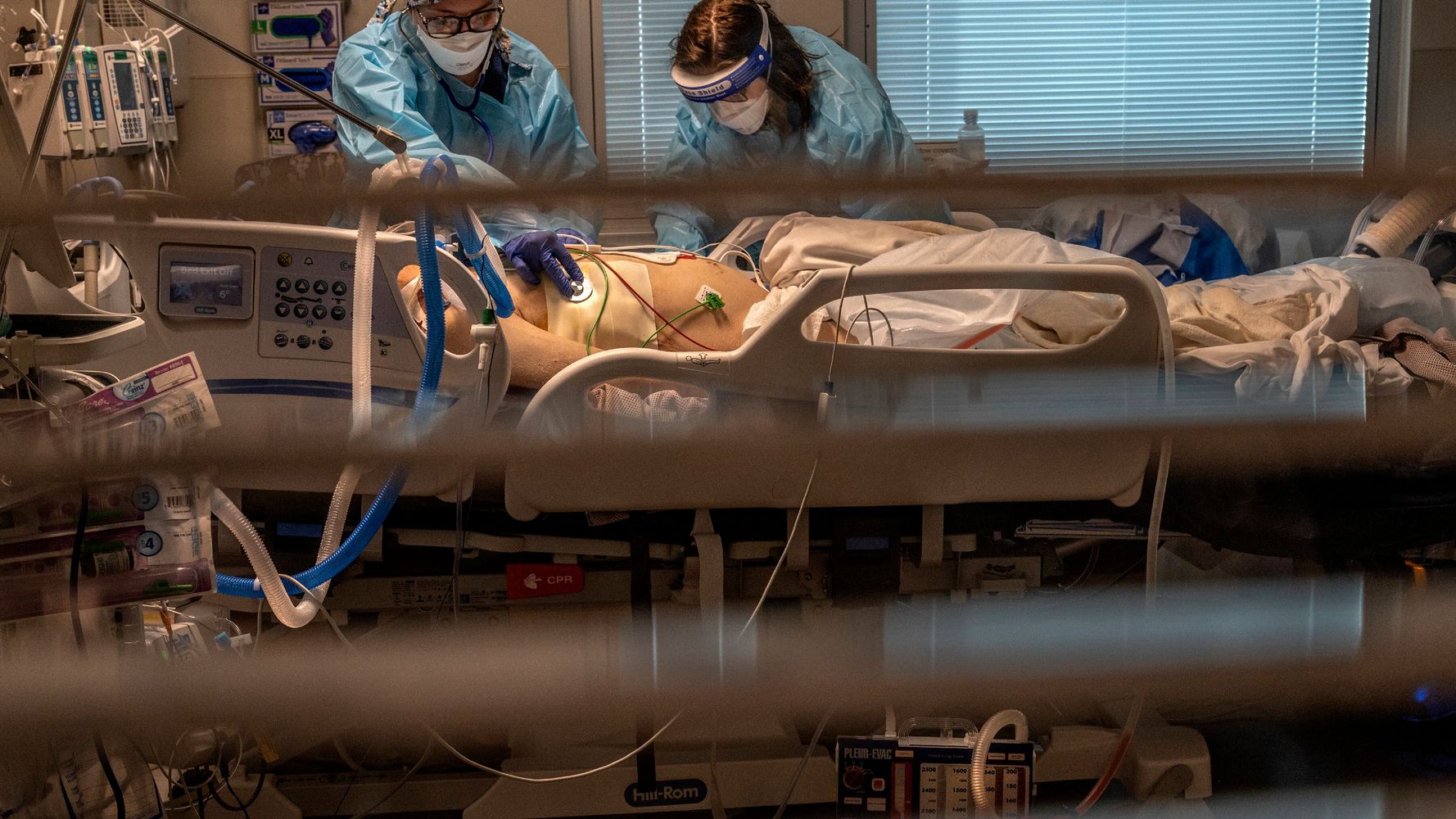 LOS ANGELES (AP) â€” California became the first state to record 2 million confirmed coronavirus cases, reaching the milestone on Christmas Eve as close to the entire state was under a strict stay-at-home order and hospitals were flooded with the largest crush of cases since the pandemic began.

A tally by Johns Hopkins University showed the nationâ€™s most populated state has recorded 2,010,157 infections since January. More than 23,000 people have died from the virus.

Californiaâ€™s infection rate â€” in terms of the number of cases per 100,000 people â€” is lower than the U.S. average but its nearly 40 million residents mean the outbreak outpaces other states in sheer numbers.

The grim milestone comes as a COVID-19 crisis that health officials say stems from Thanksgiving gatherings strains the stateâ€™s medical system. More than 18,000 people are hospitalized and many of the stateâ€™s intensive care units are filled.

The state has seen its number of cases climb exponentially in recent weeks, fueled largely by people who ignored warnings and held traditional Thanksgiving gatherings, health officials say. Soaring rates of hospitalizations and deaths have overwhelmed intensive care units and prompted hospitals to put emergency room patients in tents and treat others in offices and auditoriums.

Nearly the entire state is under a stay-home order that imposed an overnight curfew, shuttered many businesses, and restricted most retail to 20% capacity. Restaurants may only serve takeout.

Â The pleas to avoid social gatherings for Christmas and New Yearâ€™s rang with special desperation in Southern California. Los Angeles County is leading the surge, accounting for one-third of the stateâ€™s COVID-19 cases and nearly 40% of deaths.

â€œWe know that this emergency is our darkest day, maybe the darkest day in our cityâ€™s history,â€ Los Angeles Mayor Eric Garcetti said Wednesday when the county reported its highest death toll and hospitalizations in a single day since the pandemic began â€” 145 deaths and more than 6,000 people in hospitals.

More than 9,000 people have died from the coronavirus in the county.

If LA County continues to see the same growth in COVID-19 infections in the next two weeks, hospitals may find themselves having to ration care because of a lack of medical staff, Garcetti said.

â€œThat means the doctors will be forced to determine who lives and who dies,â€ he said.

Overall, California on Wednesday recorded the second-highest number of deaths, at 361. The number of coronavirus patients in intensive care units nearly doubled in just three weeks, to 3,827 cases, while the stateâ€™s ICU capacity fell to 1.1%, down from 2.5% just two days ago. The number of hospitalizations jumped to 18,828 patients, more than double since Dec. 1, with 605 new patients in one day.

Yet there were slight but encouraging signs of hope.

The transmission rate â€” the number of people that one infected person will in turn infect â€” has been slowing for nearly two weeks. The rate of positive cases reached a new high of 12.3% over a two-week period but was starting to trend downward over the last seven days from a peak of 13.3% to 12.6%.

The state also has nearly 1,000 health workers assisting at 91 facilities in 25 of the stateâ€™s 58 counties and is opening a fifth alternative care site in San Diego County.

The California National Guard set up about 200 beds on vacant floors of the Palomar Health Center near San Diego, within the existing hospital complex, said Brian Ferguson, a spokesman for the Governorâ€™s Office of Emergency Services. It could begin accepting patients on Christmas Day, relieving overburdened hospitals, particularly in nearby Imperial County.

California expects more federal medical workers to arrive by the weekend, and Gov. Gavin Newsom said he expects more of the 3,000 contract health care workers the state is seeking to arrive after the holidays.

The governor also said more than 128,000 doses of vaccines had been administered as of Tuesday, in another encouraging sign beyond the modest decline in the transmission rate.

But Newsom also warned that any progress could dissipate quickly, leading to the nearly 100,000 hospitalizations some models project in one month if people donâ€™t heed calls to avoid holiday gatherings, particularly indoors.