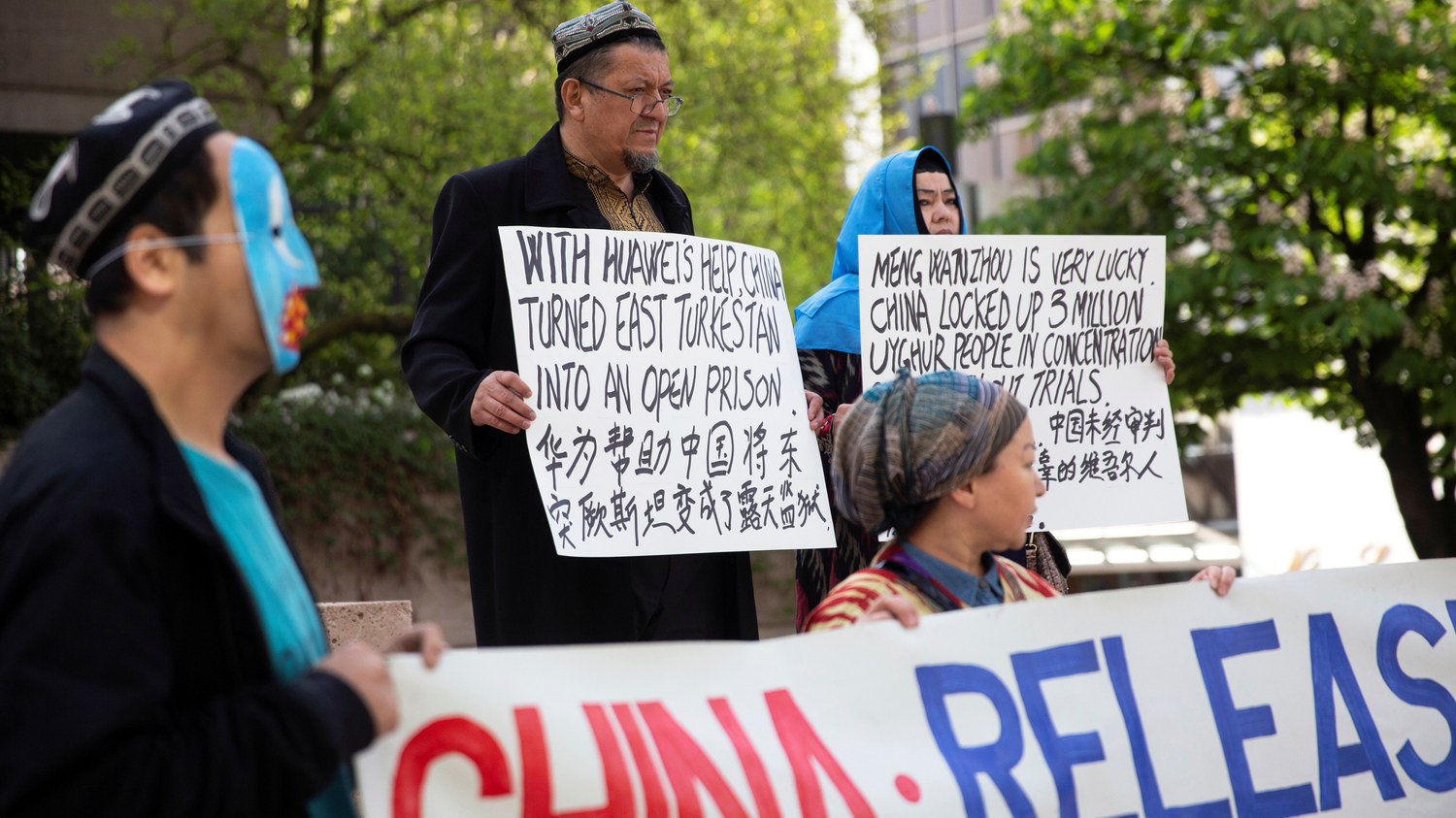 On Jan. 19—his last full day as top U.S. diplomat—former Secretary of State Mike Pompeo said Chinese policies in the XUAR aim for “the forced assimilation and eventual erasure of a vulnerable ethnic and religious minority group” as he announced a designation that Uyghur exile groups have advocated since the revelation in 2017 of mass internment camps that have held as many as 1.8 million Uyghurs and other Muslim minorities.

Pompeo said he had “determined” China is “committing genocide and crimes against humanity” in the XUAR against Uyghurs and other ethnic groups, and that Beijing and the ruling Chinese Communist Party (CCP) “must be held to account.”

The new Secretary of State, Antony Blinken, on Wednesday endorsed the designation, suggesting that President Joe Biden’s administration will pursue a more forceful approach in holding China accountable for its abuses in the region.

Emily Horne, the spokesperson for Biden’s National Security Council, told the Washington Examiner over the weekend that “President Biden has called the oppression of the Uyghurs a genocide, and he stands against it in the strongest possible terms.”

On Sunday, Michael Chong and Garnett Genuis, Canada’s opposition Conservative Party’s shadow Ministers for Foreign Affairs and International Development & Human Rights, issued a statement saying that their party is “deeply concerned about the genocide of Uyghurs and other Turkic Muslims in China.”

The ministers noted that Canada’s Subcommittee on International Human Rights had joined the two U.S. administrations in concluding that China’s government is “committing acts of genocide and other crimes against humanity,” including systematic population control, sexual violence, and mass detention.

“Conservatives believe in the importance of working multilaterally in response to gross human rights abuses. We, therefore, call on the Trudeau government to join the Biden administration in officially recognizing the Uyghur genocide.”

Chinese officials have said the camps are voluntary centers for “vocational training” that protect the region against “religious extremism” and “terrorism,” but reporting by RFA and other media outlets shows that detainees are mostly held against their will in cramped and unsanitary conditions, where they are forced to endure inhumane treatment and political indoctrination.

Reports suggest that amid increasing international scrutiny, authorities in the XUAR have begun to send detainees to work at factories as part of an effort to label the camps “vocational centers,” although those held in the facilities regularly toil under forced or coerced labor conditions.

On Jan. 20, the first day of the Biden administration, Chinese Foreign Ministry spokesperson Hua Chunying slammed Pompeo’s “venomous lies” and called the determination “nothing more than a piece of wastepaper.”

On Monday, the official Global Times newspaper ran an unsigned report quoting “Chinese analysts” as saying that countries “should be cautious” about following Pompeo’s lead “as it would jeopardize bilateral ties,” noting the statement by Canadian Conservatives on Sunday.

On Wednesday, however, Sameer Zuberi, a lawmaker in the House of Commons of Canada with the ruling Liberal Party, told RFA’s Uyghur Service that he plans to support any motion calling on the Trudeau administration to label the situation in the XUAR as genocide.

“I’d stand by what the [Subcommittee on International Human Rights] is set on,” he said, acknowledging that the views of the subcommittee are not necessarily those of the full parliament.

“We came to the determination, across party lines, that what is in fact being carried out is genocide. I’ll stand by that position.”

Zuberi said that China is reluctant to let information about what is happening in the XUAR out of the country and that “is something that we have to change as a global community.”

“We have to access the region. We need make sure that there is no place in this world where crimes against humanity are carried out, and certainly not genocide,” he said.

Renewing the U.S. focus on forced labor on Wednesday, U.S. Senators Marco Rubio, Jeff Merkley, and others reintroduced the Uyghur Forced Labor Prevention Act, a bipartisan bill that aims to ensure that goods made with Uyghur forced labor in the XUAR do not enter the U.S.

“As the Chinese Communist Party (CCP) is committing egregious human rights abuses against Uyghurs and other Muslim minorities, including genocide and other crimes against humanity, there is no excuse to turn a blind eye. We must instead do everything in our power to stop them,” said Rubio, who authored the bill and is cochair of the bipartisan and bicameral Congressional-Executive Commission on China (CECC).

“This bill … would ensure that the CCP is not profiting from its abuses by stopping products made with Uyghur forced labor from entering our supply chains.”

“For years, the Chinese government has been committing genocide in Xinjiang, subjecting Uyghurs and other predominantly Muslim ethnic minorities to torture, imprisonment, forced labor, and pressure to abandon their religious and cultural practices,” said Merkley, who is a member of the Senate Foreign Relations Committee and serves on the CECC.

The Uyghur Forced Labor Prevention Act was introduced in March and passed by the House of Representatives, but was never brought to the floor by the Senate.

Earlier this month, U.S. Customs and Border Protection (CBP) issued a Withhold Release Order (WRO) to detain all cotton products and tomatoes from the XUAR at the country’s ports of entry. The CBP said it had identified indicators of forced labor including debt bondage, restriction of movement, isolation, intimidation and threats, withholding of wages, and abusive living and working conditions.

In honoring the victims—as well as those of later genocides in Bosnia and Herzegovina, Cambodia, Rwanda, and Darfur—several Jewish leaders drew attention to the situation in the XUAR and warned the international community of similarities between what happened in Europe during the Holocaust and what is occurring in the northwestern Chinese region today.

“When it’s come to the Uyghur persecution in more recent years, we’ve … seen incredibly painful parallels with what happened to Jewish people in Nazi occupied Europe,” said Helen Freeman, co-senior Rabbi of the West London Synagogue of British Jews, which held an event to mark the annual day of remembrance.

“Jewish people were lined up, forced into trains and taken to a place where they didn’t want to be, forced to work in a way they didn’t want to work and kept behind barbed wire with watchtowers, and exactly the same is happening now … The parallels are too powerful to ignore and so we wanted—this particular Holocaust Memorial Day—to highlight the persecution.”

Freeman told RFA that as a religious Jew, “you can’t ignore” what’s happening in the XUAR. She called on citizens to lobby their lawmakers to push for a genocide determination and to factor that into any dealings their governments have with Beijing.

“Don’t let the Uyghur people stand alone—don’t let them be persecuted the way the Jewish people were persecuted in the 30s and 40s in Nazi-occupied Europe,” she said.

Freeman’s concerns were echoed by members of the Uyghur diaspora Wednesday, with Rahima Mahmut, U.K. project manager for the Munich-based World Uyghur Congress (WUC) saying Jews she knows were nearly unable to speak about the situation in the XUAR because testimony from Uyghurs who have fled the region made them “feel like they were watching and reliving the tragic situation of the 76 years ago.”

“Today’s commemoration is aimed at raising awareness of the Uyghur issue to the world and encouraging politicians to pursue anti-Chinese policies,” she said.

Dilnur Ryan, president of the European Uyghur Institute in Paris, told RFA that this year’s Holocaust Memorial Day “will be for the Uyghurs.”

“They are also being massacred because of their national and religious identities, so [the Jews] are worried that the Uyghurs will face the same fate and they have a duty to take action to prevent it,” he said.

‘She Is a Hero’: In Myanmar’s Protests, Women Are on the Front Lines