Chicago mayor Lori Lightfoot has filed a complaint in court against Chicago’s largest police union and its president after a directive for officers to ignore a citywide mandate to report their vaccination status, the latest in an ongoing battle between government officials and first responders over vaccine mandates.

In a statement issued this morning, Lightfoot announced that she had instructed the city’s law department to file a complaint for injuctive relief against the Chicago chapter of the Fraternal Order of Police union and its president John Catanzara for essentially encouraging an illegal strike following the anti-vaccine mandate comments.

“As Chicago’s Mayor, I cannot and will not stand idly by while the rhetoric of conspiracy theorists threatens the health and safety of Chicago’s residents and first responders,” said Lightfoot in the statement.

“President Catanzara has time and again deliberately misled our police officers by lying about the requirements of the policy and falsely claiming that there will be no repercussions if officers are insubordinate and refuse to follow a City and Department directive or order.”

On Tuesday, Catanzara posted an online video, criticizing the vaccine mandate requirement announced in August from the Lightfoot administration that required city workers to get fully vaccinated and report their vaccination status by Friday. As per the mandate, which covers more than 30,000 city workers, for employees that remained unvaccinated, only after being granted religious or medical exemptions, and refused semiweekly coronavirus testing, employees would be placed on unpaid leave.

In the clip posted to YouTube, Catanzara said he would sue the Lightfoot administration if they tried to enforce the mandate and suggested that many Chicago police department (CPD) officers would be unwilling to comply. Catanzara then instructs CPD employees to petition for vaccine exemptions but not to enter the required information into the city’s vaccination portal.

The progressive group Indivisible has launched a “Give no ground” initiative to protect eight progressive Democrats at risk of losing their seats in the 2022 mid-terms.

Indivisible said it would direct resources to seven House races and one Senate race – the re-election bid of Raphael Warnock, who won a US Senate run-off election in January.

Lucy Solomon, Indivisible’s national political director, told CNN the group was “prioritizing members of Congress in competitive districts and states who have shown up as champions for President Biden’s agenda. These incumbents are working to make the promises of 2020 a reality, and they need our support to continue the fight”.

CNN reported that the program “is also designed to highlight the work of lower-profile Democratic members” who “have been committed to passing party-line legislation that includes broadly popular provisions like universal child care and lowering prescription drug prices”.

“The broader progressive movement is really looking to be strategic,” Solomon said.

“Indivisible can help direct (Democratic voters) to really focus on some people who may not be the flashiest members, but who we know have been doing really strong work in Congress, being responsive to their constituents and working to enact the Biden agenda.”

A Capitol police officer has been charged with obstruction of justice in connection to the deadly January 6 attack in Washington.

Federal prosecutors say Michael Riley, a 25-year veteran of Capitol police, helped one of the participants in the attack by encouraging them to take down incriminating Facebook posts.

In the indictment prosecutors said Riley had contacted a Facebook user who had posted selfies showing them inside the Capitol building during the January 6 insurrection.

“Im a capitol police officer who agrees with your political stance [sic],” Riley wrote in a direct message to the user, according to the indictment.

Barack Obama will travel to Glasgow for the Cop26 climate change conference next month, his office said.

The former president will meet with young climate activists and “deliver remarks putting the threat of climate change in broader context”, according to an Obama spokeswoman.

“He will lay out the important progress made in the five years since the Paris Agreement took effect, highlight the leadership of young people around the globe, and urge more robust action going forward by all of us – governments, the private sector, philanthropy, and civil society,” the spokeswoman said.

Joe Biden will also be at the summit, along with 13 cabinet members and senior officials. More than 190 world leaders are expected to attend.

Members of the House committee investigating the January 6 insurrection have issued stern warnings about the consequences of refusing to appear before the panel.

The committee is considering a criminal contempt referral against Steve Bannon, Trump’s former strategist, who defied a subpoena and refused to speak before the committee.

On Friday Adam Kinzinger, a Republican congressman, spoke to CNN about Bannon.

“We’re serious about this. And anybody that is either being subpoenaed now or will be in the future — think twice before you reject a lawful order from Congress,” Kinzinger said.

Earlier Bennie Thompson, the committee chair, discussed the likelihood of witnesses being held in criminal contempt with MSNBC.

“This is just the beginning. I assure you, there are others. If they do not cooperate, they will suffer the same fate,” Thompson said.

The restrictions have barred travelers from most of the world, including tens of thousands of foreign nationals with relatives in the US.

The White House announced on September 20 that the US would lift restrictions on air travelers from 33 countries in early November, but did not specify the date at the time.

On Tuesday the Biden administration announced it would lift restrictions at its land borders and ferry crossings with Canada and Mexico for fully vaccinated foreign nationals in early November.

The British MP David Amess has died after he was stabbed multiple times during a constituency meeting, police said.

Amess was attacked on Friday at Belfairs Methodist church in Leigh-on-Sea, Essex, in south-east England. In a statement police said a man has been arrested on suspicion of murder.


We were called to an address in Eastwood Road North shortly after 12.05pm today (Friday 15 October).

We attended and found a man injured. He was treated by emergency services but, sadly, died at the scene.

A 25-year-old man was quickly arrested after officers arrived at the scene on suspicion of murder and a knife was recovered. He is currently in custody.

We are not looking for anyone else in connection with this incident.

Amess, 69, is a well-known Conservative party backbencher who has never held a ministerial or shadow ministerial post during his 38 years in parliament, instead campaigning on issues including animal rights. He is married with five children.

My UK colleagues have the latest here:

Here’s Mark Brnovich, the Republican Attorney General of Arizona and expected 2022 US Senate candidate, playing with some nunchucks this morning.

Brnovich, who is 54-years-old, is polling way ahead of his GOP rivals to challenge Mark Kelly, the incumbent, in next year’s election.

Donald Trump has criticized Brnovich for not doing enough to further the fantasy that the 2020 election was stolen.

Joe Biden’s administration on Friday issued a report warning that the climate crisis “poses serious and systemic risks to the US economy and financial system”.

The 40-page report, issued as the crucial Cop26 global climate talks are due to begin in Scotland at the end of the month, sets out steps for action as “climate impacts are already affecting American jobs, homes, families’ hard-earned savings, and businesses”.

The report lays out what the White House calls government-wide plans to protect the economy with steps that potentially alter the mortgage process, stock market disclosures, retirement plans, federal procurement and government budgeting.

“The intensifying impacts of climate change present physical risk to assets, publicly traded securities, private investments, and companies … the failure of financial institutions … account for and measure these … risks threatens the competitiveness of US companies and markets, the life savings and pensions of US workers and families, and the ability of US financial institutions to serve communities,” the president said in the report.

The Conservative MP David Amess has been stabbed multiple times while holding a constituency surgery, his office and police said on Friday. A man has been arrested.

The veteran MP, who has represented Southend West in Essex, south-east England, since 1983, was attacked at Belfairs Methodist church in Leigh-on-Sea, Sky News first reported.

In a brief statement, Essex police said a man had been arrested following an incident in Leigh-on-Sea.

They said: “We were called to reports of a stabbing in Eastwood Road North shortly after 12.05pm. A man was arrested shortly after and we’re not looking for anyone else. We’ll bring you more info when we have it.”

The Sky report said a man walked into the constituency surgery and stabbed the MP a number of times, and that Amess was receiving treatment at the scene. 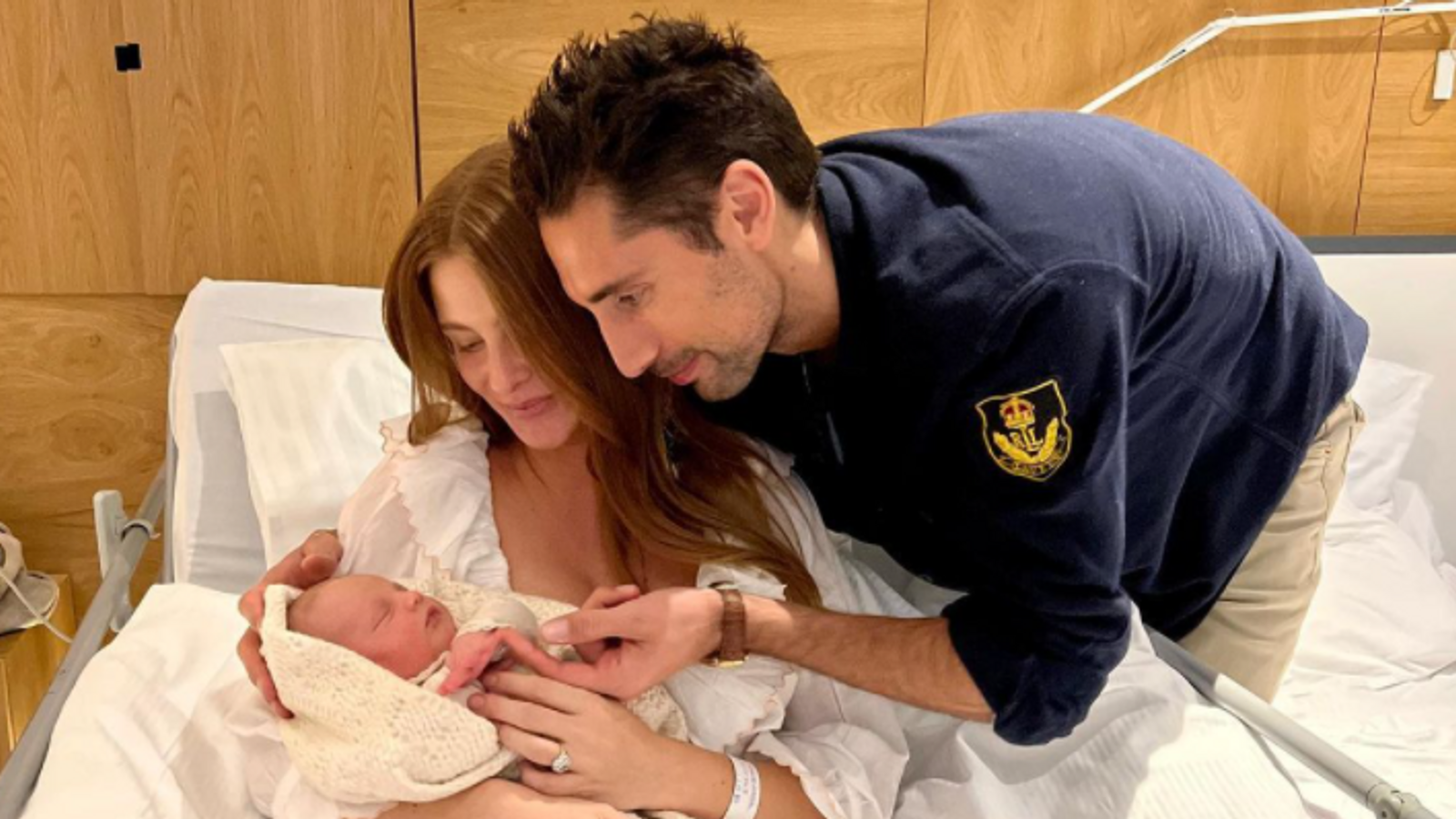