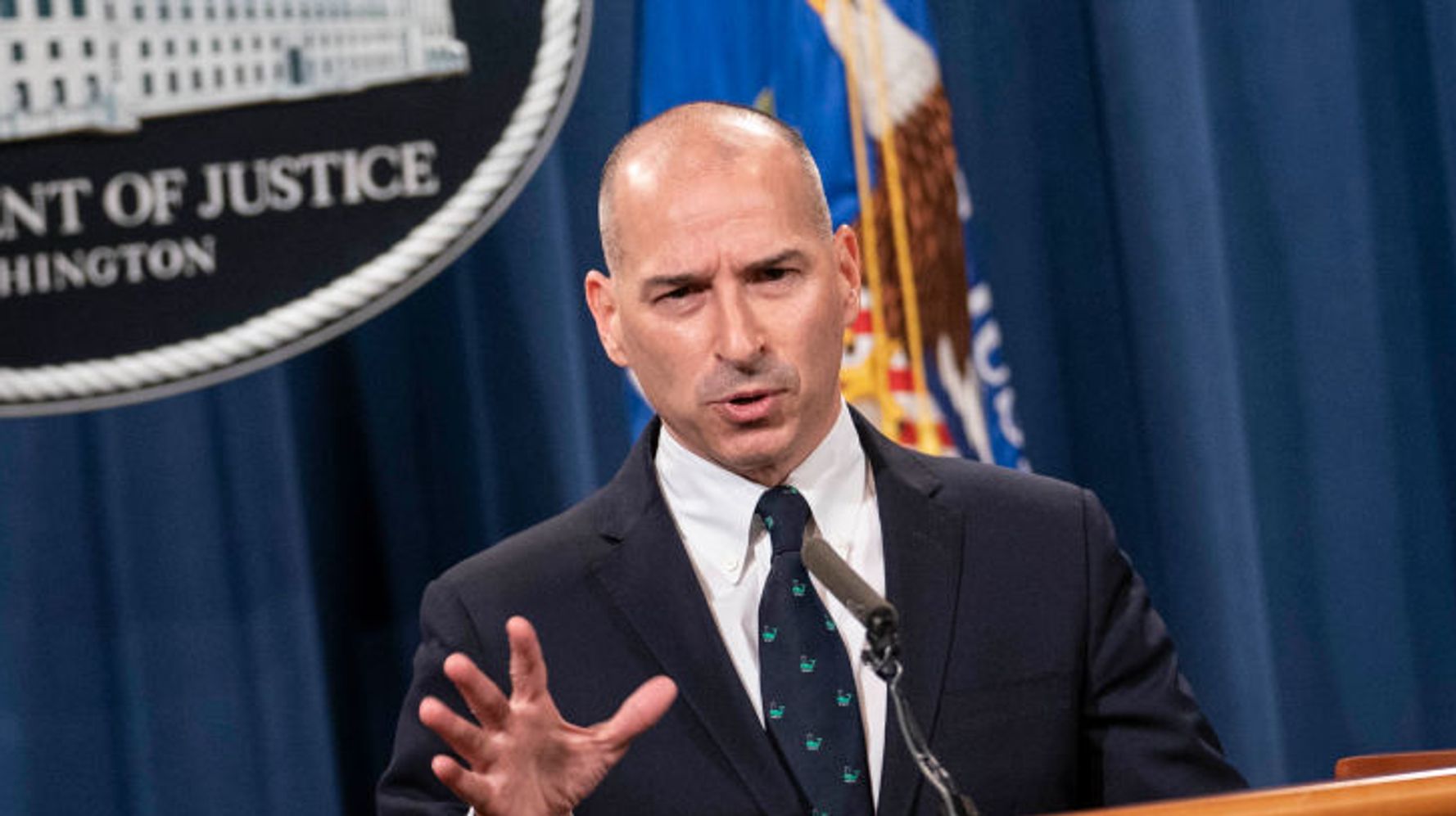 Evidence collected by investigators probing the Jan. 6 riot at the U.S. Capitol is â€œtrending towardsâ€ sedition charges, a top federal prosecutor who led the Justice Departmentâ€™s probe into the deadly insurrection said Sunday.

Hundreds of people have been arrested for their role in the riots on a range of charges, from trespassing to complex cases involving nationalist militia groups. Michael Sherwin, who until Friday served as the lead investigator in the DOJâ€™s investigation, was asked directly by â€œ60 Minutesâ€ host Scott Pelley if the public should expect sedition charges â€• for conspiracy to overthrow the government â€• against some suspects in the coming weeks as investigations continue.Â

â€œI personally believe the evidence is trending towards that, and probably meets those elements,â€ Sherwin said. â€œI believe the facts do support those charges. And I think that, as we go forward, more facts will support that.â€

â€œThe zip tie guy. The Camp Auschwitz guy.â€ The federal prosecutor who led the investigation of the Capitol riot says he wanted to charge as many people as possible, including these two men, before the inauguration to send a message to potential agitators. https://t.co/P9lD1UqH4O pic.twitter.com/TKLKynNBYX

Sedition, called â€œseditious conspiracyâ€ under the federal criminal code, is defined in part as an effort â€œto conspire to overthrow, put down, or to destroy by force the Government of the United States.â€ But federal prosecutors rarely levy such charges, which harken back to the Civil War-era. The New York Times notes the last time they did so, in 2010, against members of a Michigan militia group accused of plotting to enter into an armed conflict with the government, the accused were ultimately acquitted in 2012.

If convicted, the crime carries a fine or sentence of up to 20 years in prison.

Sherwin â€• who served as the interim U.S. Attorney in Washington during the Biden transition before heÂ ceded that post in early March â€• added that more than 400 people had been charged for their roles in the Capitol attack, many who face serious federal felony charges that can carry 5, 10 or 20-year sentences. More than 100 people are charged with assaulting federal officers and local police, including Capitol Police Officer Brian Sicknick, who died after the attack.

A medical examiner has not yet determined how Sicknick died, but Sherwin said that should the evidence point to a chemical that was deployed by rioters, â€œthatâ€™s a murder case.â€

The prosecutor also said former President Donald Trump, who helped inflame his supporters before the attack and has continued to reject the outcome of the 2020 election, was also under investigation for his role in the insurrection.

â€œItâ€™s unequivocal that Trump was the magnet that brought the people to D.C. on the 6th,â€ Sherwin said. â€œNow the question is, is he criminally culpable for everything that happened during the siege, during the breach?â€

He added: â€œWe have people looking at everything.â€