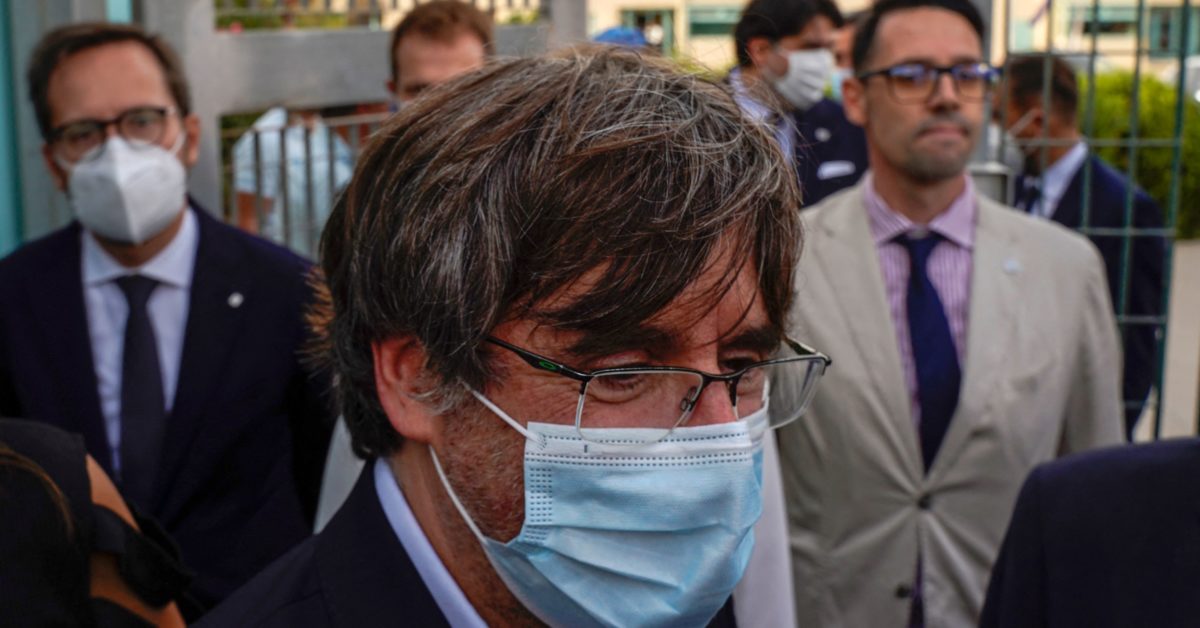 ROME â€” A judge in Sardinia has ordered the release of former Catalan regional president Carles Puigdemont after his arrest on Thursday, but ruled that he must remain on the island.

Puigdemont was detained at the airport when he arrived to take part in a Catalan cultural festival and meet Sardinian separatists, and spent the night in custody.

PuigdemontÂ first fled Spain in 2017 to go into self-exile in Belgium following the regionâ€™s failed bid for independence, which Spanish courts had declared unconstitutional. Belgian courts have since blocked the extradition of him and other former Catalan leaders for charges they face in Spain over the independence push.

Upon arrival in Italy,Â PuigdemontÂ was arrested under a new European arrest warrant issued by the Spanish Supreme Court in October 2019, which was then suspended by a Belgian judge in January 2020.

A court in Sassari on Friday ruled that there was no reason to keep PuigdemontÂ in custody, but ordered that he stay in Sardinia while the question of his extradition was settled, the Italian news agency ANSA reported.Â However, Puigdemontâ€™s lawyer said his client was free to leave the island immediately.

Puigdemont, now an MEP, was stripped of his European parliamentary immunity in March. He went to the Court of Justice of the EU in an attempt to have the lifting of his immunity suspended, but his request was rejected in July, leaving him open to prosecution and possible extradition to Spain. His lawyer said Friday that they would appeal in a bid to get his parliamentary immunity back.

The former Catalan leaderâ€™s release followed protests outside the court and calls from politicians of all stripes for his release. Â

Matteo Salvini, leader of the far-right League, said: â€œWe have trouble arresting Italian delinquents and we arrest parliamentarians from other nations?â€ adding that he â€œhoped Italy would not carry out vendettas or justice at the request of other countries.â€

Senator Roberto Rampi of the leftist Democrats said: â€œI find it beyond any logic to arrest an MEP in office. He must be immediately released.â€

This article has been updated.