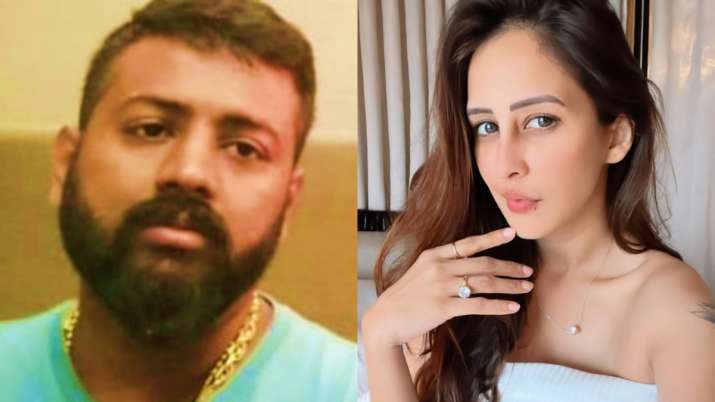 Chahat Khanna was recently linked to conman Sukesh Chandrashekhar. It was alleged that she received expensive gifts from him. The actress who is known for her roles in popular shows like “Bade Achche Lagte Hai” and “Qubool Hai”, broke silence over the matter saying people don’t know the reality. She also said that she’d talk about it only when needed and till then people can believe what they want to.

“If people draw conclusions without hearing my side of story, I can’t get bothered by it. They don’t know the reality. They can say or believe anything they want. They have all the right to do so. Right now, my family and I are just laughing reading all the reports ke kya hai aur kya nikal ke aa raha,” Hindustan Times quoted her as saying.

The actress doesn’t intend to hire a lawyer at the moment. “Well, mostly people who think they have done something wrong hire a lawyer. I know what I have done. If I try to hire someone, the lawyer will also laugh at me saying ‘what is this nonsense’. The stuff that is emerging out is really twisted. Ek sentence ko pakad ke highlight kiya hai. It makes no sense for me to be hassled about it right now,” she told the media portal.

For the unversed, the probe into the Rs 200 crore extortion case involving multimillionaire conman Sukesh Chandrashekhar has found that four models/actresses met him in Tihar Jail and were given money and expensive gifts, sources told IANS.

According to a report in the news agency, “Big Boss” fame Nikki Tamboli, “Bade Achche Lagte Hai” fame Chahat Khanna, Sophia Singh, and Arusha Patil met Chandrashekhar on the jail premises and he introduced himself as a producer of the southern film industry. Chandrashekhar’s aide Pinky Irani, who was arrested later, had facilitated their meetings with Chandrashekhar.

All these four actresses were given expensive gifts from renowned brands such as Gucci, Versace, and Louis Vuitton. When Irani introduced Khanna to Chandrashekhar, the actress was allegedly given Rs 2 lakh and a blue-coloured Versace watch.

Anushka Sharma misses hubby Virat Kohli too much, shares post as he leaves for IND vs AUS T20I match