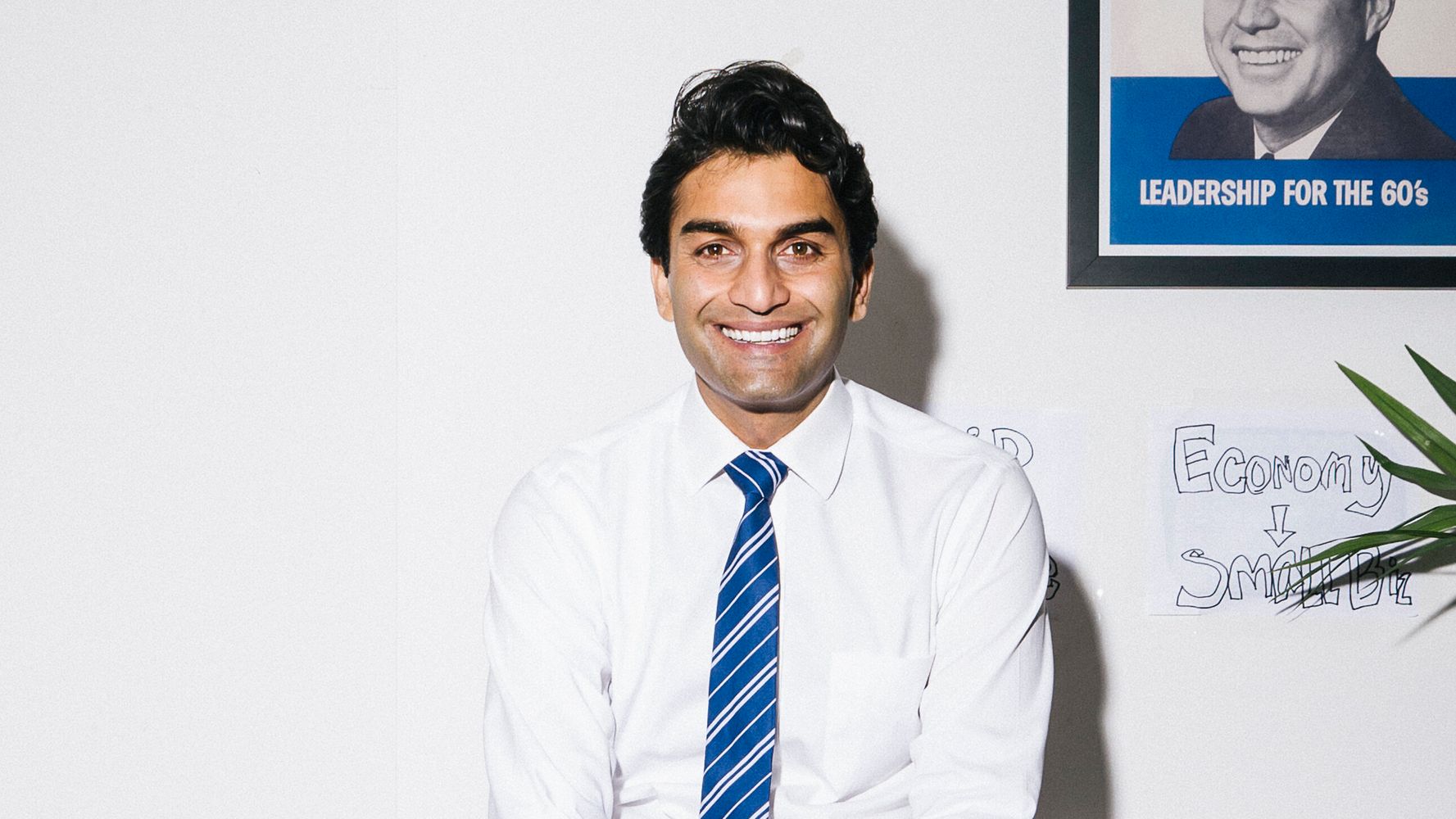 A multi-candidate Democratic primary in Manhattan has tightened considerably in recent weeks due to gains made by challenger Suraj Patel, according to a poll commissioned by Patel’s campaign.

The survey of Democratic primary voters in New York’s 12th Congressional District found that Reps. Carolyn Maloney and Jerry Nadler each enjoy 31% support ahead of Patel with 25% support.

Patel, an attorney and business ethics lecturer, is highlighting his improved standing since early June when an internal poll showed him with 19% support.

“We’ve tapped into both a moment and an argument for change here against two incumbents who are running campaigns that are very, very much backwards-looking at a time when people are looking for hope and light at the end of the tunnel,” Patel told HuffPost.

Patel’s advance in his internal polling follows a month of television advertising. He beat Maloney and Nadler to the airwaves with his first ad in late June.

The campaign’s poll, conducted by Whitman Insight Strategies, used live phone and text-to-web questions among 300 likely Democratic primary voters. The margin of error was plus or minus 5.65 percentage points.

Primaries are often difficult to accurately poll. A race in late August decoupled from statewide intraparty contests could be especially tough to survey. (A federal judge required New York to postpone congressional primaries for about two months so candidates would have enough time to campaign in the new districts.)

In New York’s 12th, polling has been accordingly sparse. Maloney led Nadler by 10 points and Patel had just 4% support in a May survey conducted by Emerson College for PIX11.

The primary in New York’s 12th has been dominated by very public sniping between Nadler and Maloney, both of whom are approaching 30 years in Congress. Nadler has argued that he is more progressive than Maloney, noting his support for the Iran nuclear agreement and opposition to the Iraq War.

Maloney has drawn on her career as a trailblazing female elected official to argue that she is best-equipped to confront the country’s challenges following the Supreme Court decision overturning a federal right to abortion. She concludes her first TV ad with the words, “You cannot send a man to do a woman’s job.”

Patel, an East Village resident who identifies as a “pragmatic progressive,” has proposed a suite of policies designed to combat inflation that he calls ”the abundant society.” He also espouses a non-interventionist foreign policy that is closer to Nadler’s than Maloney’s in orientation, and has attacked Maloney for previously amplifying skepticism of childhood vaccination regimens.

Patel’s main focus, however, has been in appealing to voters interested in a new generation of leadership, especially people living in parts of Manhattan that neither Maloney nor Nadler currently represent.

The election will be a “referendum on their effectiveness contrasted with a message for the future,” Patel predicted.

This is Patel’s third consecutive campaign to unseat Maloney, who lives on Manhattan’s Upper East Side.

The contest fundamentally changed in April, however, when New York’s top court struck down New York Democrats’ redistricting lines and ordered the drawing of nonpartisan congressional and state Senate boundaries. The new, court-ordered maps that emerged in May placed Patel, Maloney and Nadler, a resident of Manhattan’s Upper West Side, in the same district.

Rana Abdelhamid, a left-wing Google employee from Astoria, Queens, subsequently withdrew from the race, leaving the newcomer lane to Patel and Ashmi Sheth, a former bank regulator at the Federal Reserve Bank of New York.

Maloney, Nadler and Patel are due to compete in a televised debate at 7 p.m. Tuesday on NY1.