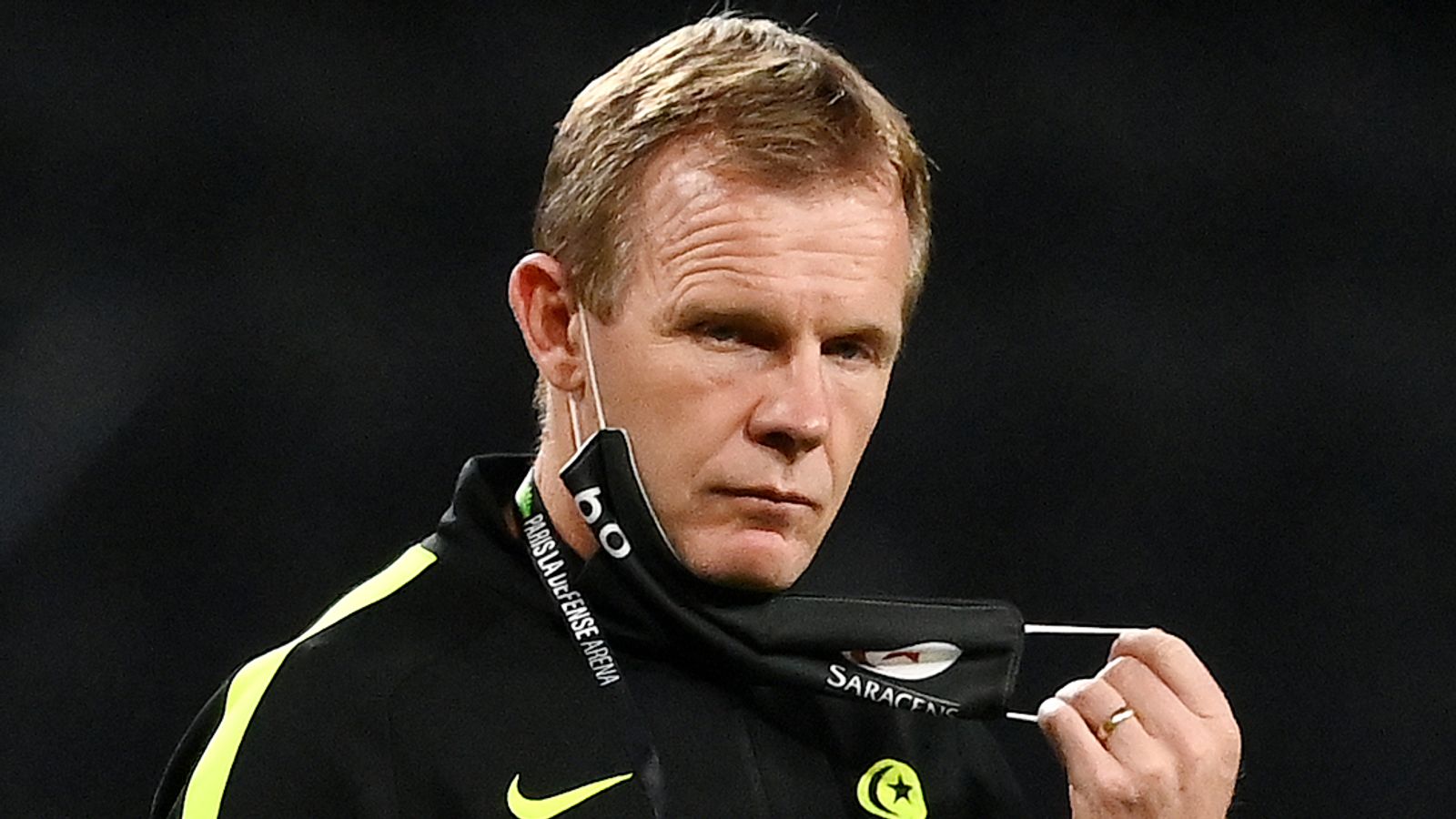 Saracens director of rugby McCall: “We showed all the qualities and characteristics we need on a new journey.”

Mark McCall accepted it was the end of an era for Saracens following their elimination from the Champions Cup at the hands of Racing 92.

Sarries were condemned to relegation from the Gallagher Premiership in January for breaching salary cap regulations.

They have two Premiership fixtures to fulfil – away to Worcester Warriors on Wednesday and at home to Bath next Sunday – before starting life in the Championship next season.

“In many ways it is the end of an era,” said director of rugby McCall. “But we showed all the qualities and characteristics we need on a new journey.

“This has been an incredible period for us in the last five seasons. This was our 23rd knock-out game in either Europe or the Premiership and we’ve won 19 of those games, which is an incredible record.

“We put our heart and soul into that game and we can be proud of the players. They are a special group.”

We put our heart and soul into that game and we can be proud of the players. They are a special group.

Captain Brad Barritt was forced off in the last quarter with a head injury as Saracens led 15-9 and on course for a fourth final in five seasons after triumphs in 2016, 2017 and 2019.

It remains to be seen whether Barritt, who joined Saracens in 2008, has played his last game for the club.

But both he and long-serving scrum-half Richard Wigglesworth are leaving Allianz Park at the end of the season.

“This result is irrelevant around the legacy that Brad and Richard leave at the club,” McCall said. “That was established a long time ago.

“They are two absolute legends who have contributed so much on and off the field. We play Bath in our final game next Sunday and we will spend the tail end of the week reflecting on their contributions and time at our club, and give them the send-off internally that they deserve.”

Although the likes of England stars Maro Itoje and Owen Farrell have committed to spending next season in the Championship, the days of European games for Saracens are over for now.

“The element of the unknown is pretty horrendous,” said England hooker Jamie George. “The way we saw it was that it was our last chance to compete for a little while.

“We wanted to finish it off and I’m gutted, I’m not going to lie. But at the same time I’m also incredibly proud.

I don’t know what we’re going to be facing, but the young players coming through are hugely motivated and that is the exciting thing for me.

“A lot of people have talked rubbish about us for a long time. But if you look at the squad here probably our best player was Dom Morris, and if you’re telling me we’re breaking the salary cap that’s an interesting one.

“I don’t know what we’re going to be facing, but the young players coming through are hugely motivated and that is the exciting thing for me.”