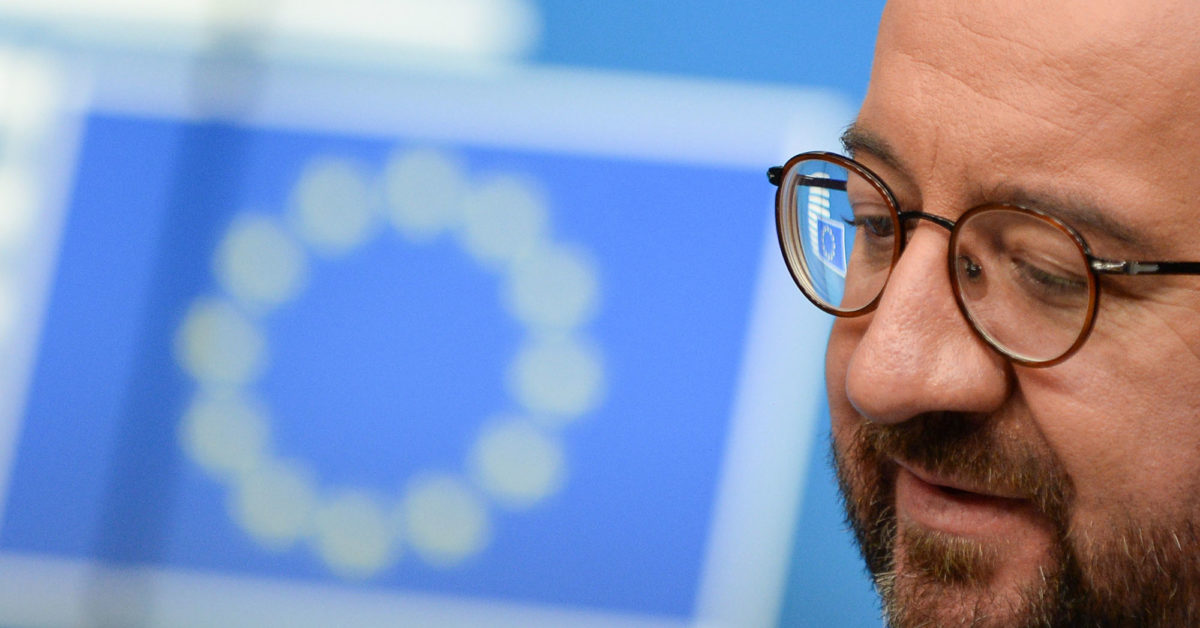 European Council President Charles Michel admitted he may have made a mistake during what has been dubbed Sofagate, but said he feared speaking out would have caused a diplomatic incident.

In a TV interview with Belgian broadcaster LN24 on Thursday evening, Michel gave his view of the affair, in which, during a visit to Ankara Tuesday, he took a seat next to Turkish President Recep Tayyip ErdoÄŸan while European Commission President Ursula von der Leyen was relegated to a sofa.

The episode caused outrage, including among leading MEPs, with critics saying Michel should not have accepted the seating arrangements and objected to the treatment of von der Leyen.

â€œI deeply regret this situation,â€ Michel said in the interview, adding that it was a â€œdisastrous imageâ€ and that he wished he had acted differently.

â€œI can tell you that I have rewound [the scene] in my head â€¦ I would like so much to rewind, to go back. If I could do it, I would make sure that there is no ambiguity whatsoever,â€ the Council president said.

While admitting that his actions had been â€œperhaps a mistake,â€ Michel also defended his behavior, saying that there had been two key reasons for him to take the seat.

He said he â€œnoted that a problem would arise but I also admit that in the moment of this situation, I was convinced that reacting, no matter how I would have reacted, would have presented the risk of being seen as a form of paternalism, since Ursula herself had expressed her disapproval of the subject in a clear and unambiguous way,â€ Michel said.

â€œIt was perhaps a mistake on my part, but in the moment that was my reaction because it is my way of understanding an equal relationship between men and women,â€ he added.

The second reason, which Michel stressed several times during the interview, was that he didnâ€™t want to upset the fragile political dialogue with ErdoÄŸan.

â€œThis meeting followed â€¦ months of political and diplomatic preparation,â€ he said. â€œOne can say I should have done this or that, [but] I had the conviction that this would cause a much more serious accident that would destroy the very fragile capacity â€¦ to finally have a little less negative relationship with Turkey.

Turkeyâ€™s Foreign Minister MevlÃ¼t Ã‡avuÅŸoÄŸlu, who sat on another sofa during the Tuesday meeting, downplayed the confusion over the seating arrangements when speaking to reporters Thursday, saying Turkey had satisfied all the protocol requirements of the EU side, according to Turkeyâ€™s state-owned Anadolu news agency.