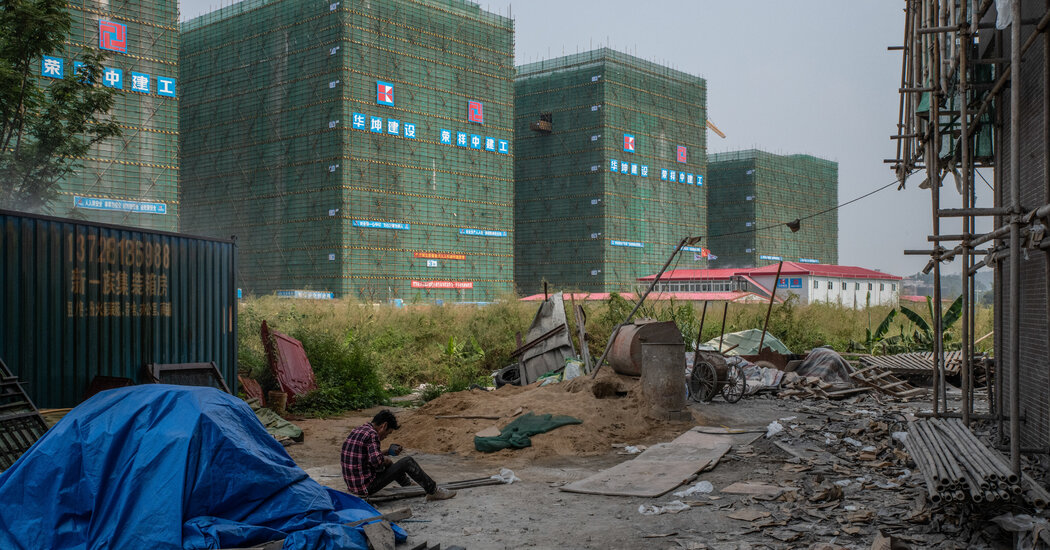 HONG KONG — Xu Jiayin was China’s richest man, a symbol of the country’s economic rise who helped transform poverty-stricken villages into urbanized metropolises for the fledgling middle class. As his company, China Evergrande Group, became one of the country’s largest property developers, he amassed the trappings of the elite, with trips to Paris to taste rare French wines, a million-dollar yacht, private jets and access to some of the most powerful people in Beijing.

“All I have and all that Evergrande Group has achieved were endowed by the party, the state and the whole society,” Mr. Xu said in a 2018 speech thanking the Chinese Communist Party for his success.

China is threatening to take it all away.

The debt that powered the country’s breakneck growth for decades is now jeopardizing the economy — and the government is changing the rules. Beijing has signaled that it will no longer tolerate the strategy of borrowing to fuel business expansion that turned Mr. Xu and his company into a real estate powerhouse, pushing Evergrande to the precipice.

Last week, the company, which has unpaid bills totaling more than $300 billion, missed a key payment to foreign investors. That sent the world into a panic over whether China was facing its own so-called Lehman moment, a reference to the 2008 collapse of the Lehman Brothers investment bank that led to the global financial crisis.

Evergrande’s struggles have exposed the flaws of the Chinese financial system — unrestrained borrowing, expansion and corruption. The company’s crisis is testing the resolve of Chinese leaders’ efforts to reform as they chart a new course for the country’s economy.

If they save Evergrande, they risk sending a message that some companies are still too big to fail. If they don’t, as many as 1.6 million home buyers waiting for unfinished apartments and hundreds of small businesses, creditors and banks may lose their money.

“This is the beginning of the end of China’s growth model as we know it,” said Leland Miller, the chief executive officer of the consulting firm China Beige Book. “The term ‘paradigm shift’ is always overused so people tend to ignore it. But that’s a good way of describing what’s happening right now.”

Mr. Xu and his company have mirrored China’s own economic ascent from an agrarian economy to one that embraced capitalism.

Mr. Xu was raised by his grandparents in Henan Province, a rural corner of central China. His mother died from a treatable illness when he was a baby; his family was too poor to afford her medical care. As a young boy he lived under a thatched roof that could not keep out the wind or rain. He ate sweet potato flour and studied on a desk made of clay.

“Back then, I was anxious to be helped by others, and was eager to land a job, leave the countryside forever and eat wheat flour,” Mr. Xu said in his 2018 speech accepting an award for his charitable donations.

He went to college and then spent a decade working at a steel mill. He started Evergrande in 1996 in Shenzhen, a special economic zone where the Chinese leader Deng Xiaoping launched the country’s experiment with capitalism. As China urbanized, Evergrande expanded beyond Shenzhen, across the country.

Evergrande lured new home buyers by selling them on more than just the tiny apartment they would get in a huge complex with dozens of identical towers. New Evergrande customers were buying into the lifestyle associated with names like Cloud Lake Royal Garden and Riverside Mansion.

Mr. Xu grew Evergrande from a small outfit with fewer than a dozen employees into China’s most prolific developer through a combination of rampant borrowing and elite political connections. The company often invested heavily in projects in provincial capitals, where officials with ambitions to become Politburo members were measured by their ability to create economic growth.

Early on, Mr. Xu cultivated relationships with the family members of some of China’s most senior officials. In 2002, listed among the company directors in Evergrande’s annual report was Wen Jiahong, the brother of China’s vice premier, Wen Jiabao, who oversaw the country’s banks as head of the Central Financial Work Commission.

Wen Jiabao became China’s premier the following year. Not only was his brother an Evergrande director, but he also once controlled the second-biggest stake in the fast-growing company, according to corporate documents reviewed by The New York Times.

“He could not have gotten so big without the collaboration of the country’s biggest banks,” Victor Shih, a professor of political science at the University of California, San Diego, said of Mr. Xu. “That suggests the potential help of senior officials with a lot of influence.”

To supercharge Evergrande’s growth, Mr. Xu often borrowed twice on each piece of land that he developed — first from the bank and then from home buyers who were sometimes willing to pay 100 percent of the value of their future home before it was built.

As Evergrande and its competitors expanded, property grew to account for as much as one-third of China’s economic growth. Evergrande built more than a thousand developments in hundreds of cities and created more than 3.3 million jobs a year.

“Xu Jiayin represents a very important aspect of China’s economic reform,” Mr. Shih said. “He used his wits and his daring to very, very aggressively expand his business, oftentimes dangerously so, from a financial accounting perspective.”

With access to cheap money and unbridled ambition, Mr. Xu expanded into areas in which Evergrande had no experience or expertise, including bottled water, electric cars, pig farming and professional sports.

Mr. Xu bought two private jets and used them to fly his soccer team, now called the Guangzhou Football Club, to games. His electric vehicle company had a bold vision to become bigger and more powerful than Tesla; so far it has delayed mass production.

When China’s economy began to cool down, the damage caused by Evergrande’s voracious appetite for debt became impossible to ignore. There are nearly 800 unfinished Evergrande projects in more than 200 cities across China. Employees, contractors and home buyers have held protests to demand their money. Many fear they will become unwitting victims in China’s debt-reform campaign.

Yong Jushang, a contractor from Changsha in central China, still hasn’t been paid for the $460,000 of materials and work he provided for an Evergrande project that was completed in May. Desperate not to lose his workers and business partners, he threatened to block the roads around the development earlier this month until the money was paid. “It’s not a small amount for us,” Mr. Yong said. “This could bankrupt us.”

Mr. Yong and others like him are at the heart of regulators’ biggest challenge in dealing with Evergrande. If Beijing tries to make an example out of Evergrande by letting it collapse, the wealth of millions of people could vanish along with Mr. Xu’s empire.

“This is a damned if they do, damned if they don’t situation,” said Michael Pettis, a finance professor at Peking University. “Beijing should have acted 10 years ago. They are stepping in to try to reform property now because prices are way too high. The longer they wait, the more costly fixing the model becomes.”

In August, Evergrande executives were summoned by regulators, who warned them to keep the company’s debt under control. Amid concerns that an Evergrande demise could spread through the Chinese economy, Beijing unleashed a flood of capital into China’s banking system last week, a move that was seen as an attempt to calm market jitters.

“This is a much broader problem than Evergrande itself,” said Logan Wright, a director of China research at the consulting firm Rhodium Group. “Beijing has been waging a significant fight against property speculation, so you don’t want to be seen as backing down against that fight. You don’t want to back down because that would damage your credibility.”

Mr. Xu has remained mostly out of the spotlight, his evolution from poverty-stricken boy to property tycoon no longer useful for the national narrative.

His company has tried to sell off some of its assets to raise new funds, but has had little success. Home buyers have recently protested on the streets and complained online about delays in construction. The central bank has put Evergrande on notice.

And China’s increasingly nationalistic commentators are calling for the company’s demise. Debt-saddled corporate giants like Evergrande were given the freedom to “open their bloody mouths and devour the wealth of our country and our people until they are too big to fall,” Li Guangman, a retired newspaper editor whose recent views have been given a platform by official state media, wrote in an essay.

Without proper intervention, Mr. Li argued, “China’s economy and society will be set on the crater of the volcano where all may be ignited any time.” 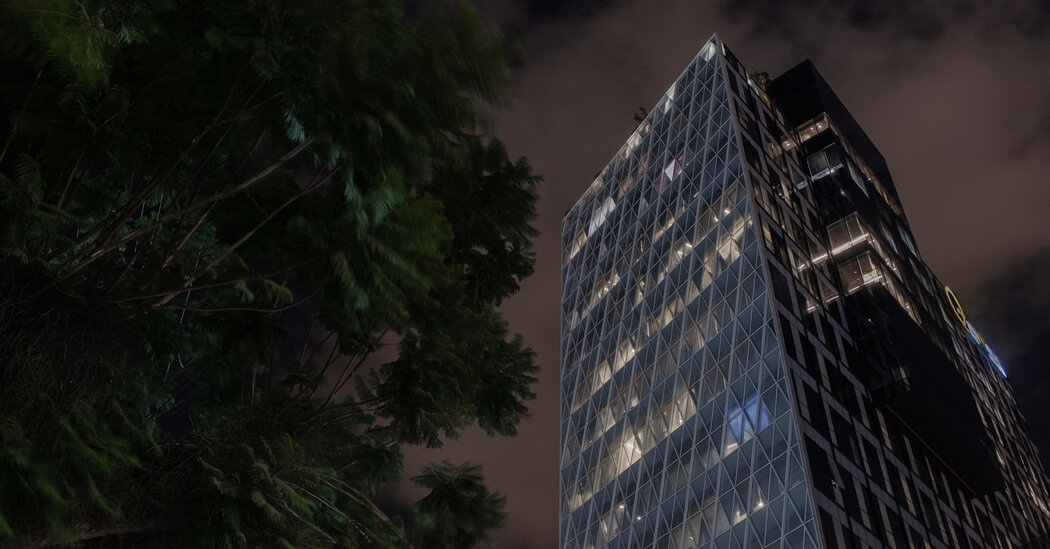 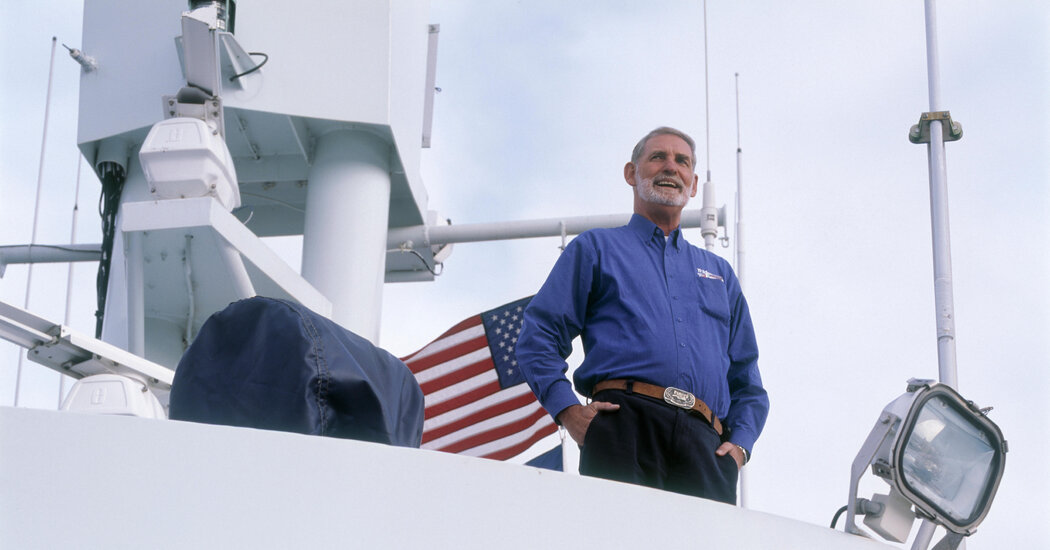