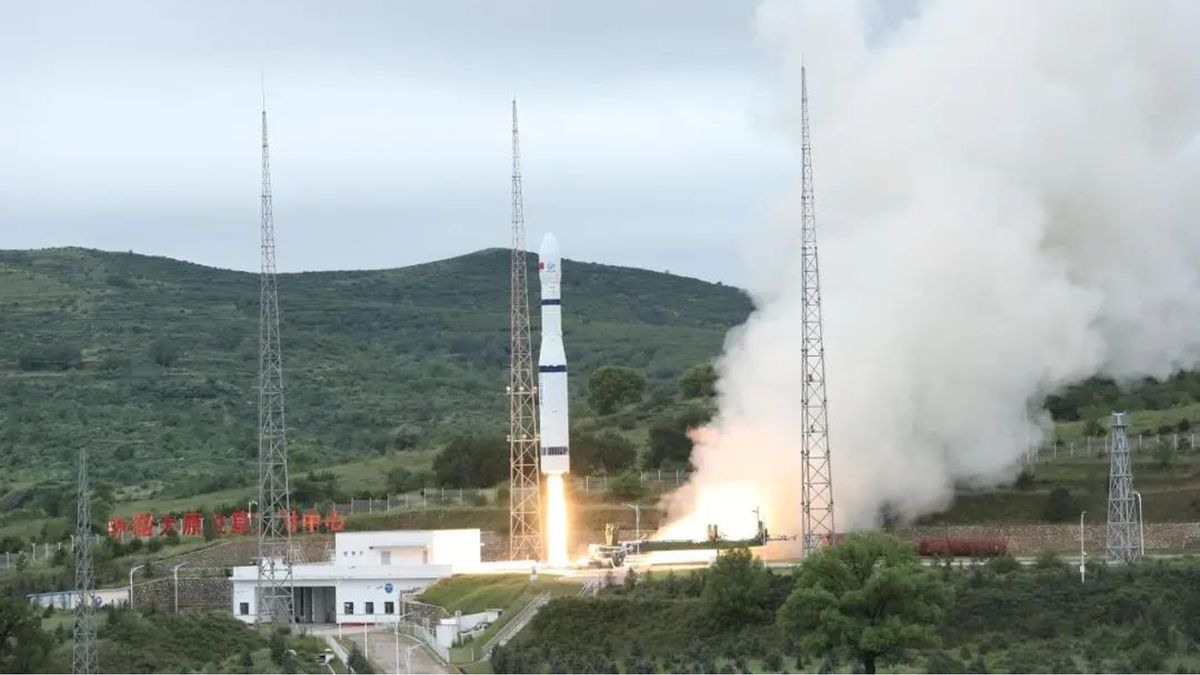 China turned a spaceflight doubleheader into a triple play.

The country lobbed yet another rocket into space Monday (Sept. 26) at 7:50 p.m. EDT (2350 GMT; 7:50 a.m. local time on Tuesday, Sept. 27), this time with three satellites on board, following two other successful liftoffs over the past few days.

On Monday evening’s mission, from the Taiyuan Satellite Launch Center in the northern province of Shanxi, a Long March 6 rocket successfully delivered to orbit three satellites: Shiyan-16A, Shiyan-16B and Shiyan-17, according to Chinese media reports.

“Shiyan means ‘experiment’ in Chinese. The Shiyan satellite trio will provide data for land survey, urban planning and disaster prevention and mitigation,” the state-run media outlet Xinhua wrote in a brief report (opens in new tab) about the launch.

That launch was the 18th overall for the Kuaizhou-1A, which is operated by the Chinese company ExPace (a subsidiary of the state-owned China Aerospace Science and Industry Corporation).

“The Shiyan-14 will mainly be used to conduct scientific experiments and verify new technologies, while the Shiyan-15 will provide data in the fields of land survey, urban planning and disaster prevention and mitigation,” Xinhua reported on Sunday (opens in new tab) (Sept. 25).

While Xinhau did not discuss the satellite’s functiona, Western experts have said the Yaogan satellites likely collect imagery and data for both civilian and military launches. It’s a populous set of satellites, given that China has sent multiple sets of Yaogan 35 triplets to space in 2022 alone.