Chiranjeevi reacts to GodFather vs The Ghost box office clash says, ‘there’s no competition with Nagarjuna’ 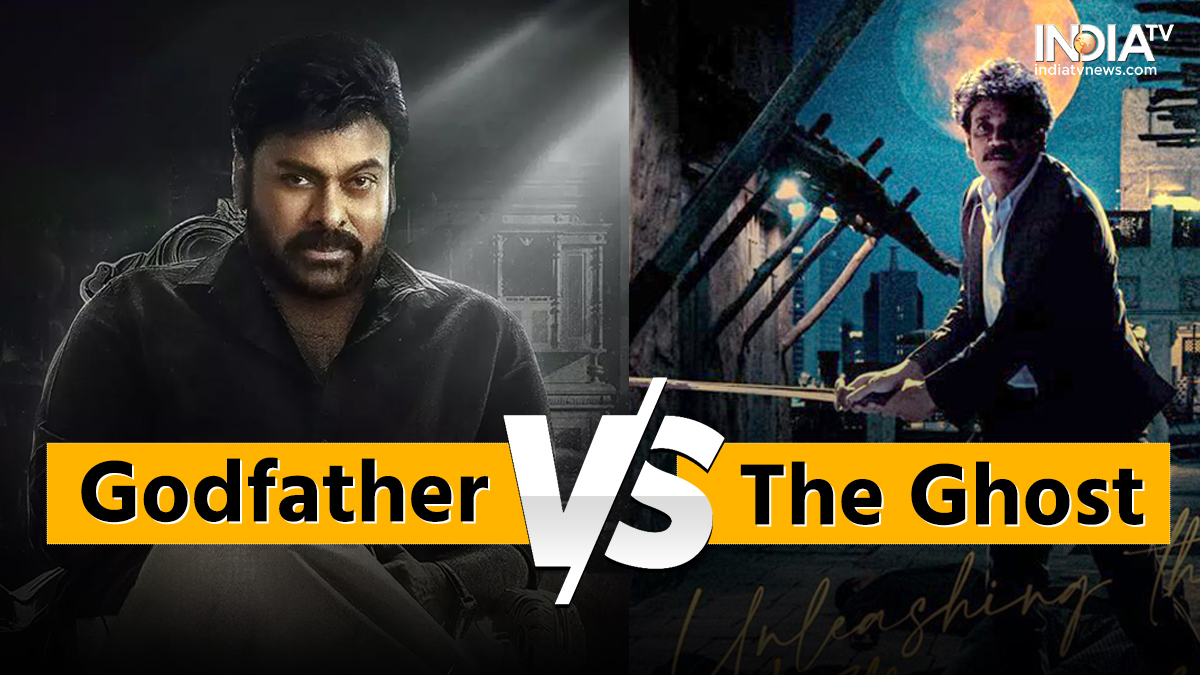 The south megastars, Chiranjeevi and Nagarjuna’s upcoming movies ‘GodFather’ and ‘The Ghost’ respectively are going to clash at the box office as the movies are slated to hit the theatres on the same date which is 5th October. Social media has been a buzz since the release date of the movies was announced. Fans seemed very curious to know the actors’ reactions to locking horns at the box office. Both the actors have sportingly supported each other’s films and hoped for the best.

Now, ahead of the big clash, Chiranjeevi has said that there’s no competition with Nagarjuna. He also mentioned that both their films are unique. Sharing his thoughts on the box office clash with Nagarjuna’s action-thriller ‘The Ghost’, Chiranjeevi told News18, “There is no competition with Nagarjuna. Both the films are unique and we are trying to showcase our talent in it and prove ourselves”. “Time will tell if our film is liked by the audience and they will decide whether it is a flop or hit. I wish Nagarjuna good luck and also hope that Ghost should also be a huge success”, he further added. While Nagarjuna had wished Chiranjeevi good luck for the release of his film at the pre-release event of ‘The Ghost’, “My dear friend Chiranjeevi’s GodFather is also releasing on October 5 along with The Ghost. I hope both the films become a big hit at the box office”.

Chiranjeevi’s GodFather is the Telugu remake of the Malayalam film Lucifer starring Mohanlal in the lead role. The Bollywood biggie, Salman Khan will also be seen in a cameo in the movie. Chiranjeevi was last seen on screen in the Telugu film Acharya, which bombed at the box office. This was the first time Chiranjeevi and Ram Charan were seen sharing screen space together in full-length roles. While Nagarjuna and Sonal Chauhan will appear as Interpol officers in the film and Gul Panag and Anikha Surendran appear as Nagarjuna’s sister and niece respectively.