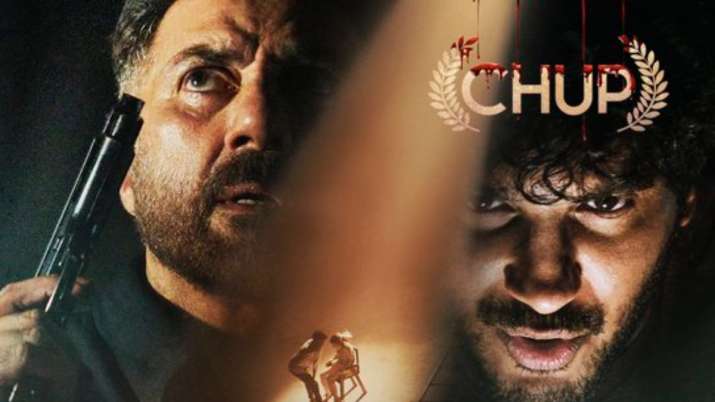 Chup Box Office Collection Day 3: Dulqer Salmaan and Sunny Deol’s performance in the film has lured the audience to the theaters. With positive word of mouth, more and more want to watch the Bollywood film. The film did witness a drop, but it continued to perform well at the ticket window.

After collecting Rs 3.06 crore on opening day, the R Balki directorial Chup earned Rs 2.07 crore on Saturday, taking the total to Rs 5.13 crore. Despite the 1000 screen count and National Cinema Day, the tickets were almost sold out at most places across the country. Going by the positive word of mouth and good content, the figures saw a slight drop for day 2 and is expected to rise on Sunday and the coming week. Opening to a new week on Monday, September 26, with the prices coming back to normal from Rs. 75 to Rs. 350, the figures are certain to witness a renewed rise. Seems like a powerful week to look forward to.

Headlining a power-packed cast of the film is Sunny Deol, Dulquer, Shreya Dhanwanthary, who made a mark for herself with ‘Scam: 1992’, and Pooja Bhatt, who recently made a massive comeback with ‘Bombay Begums’.

The psychological thriller ‘Chup’ is a film centred around revenge killings. The needle of suspicion in it points to a filmmaker, who’s believed to have committed the murders after critics panned his movie while being generous to what he believes less-deserving films.

‘Chup’ also marks the third Hindi film of Malayalam superstar Dulquer Salmaan. The actor, who has earlier worked in Hindi films such as ‘Karwaan’ and ‘The Zoya Factor’, mentioned that this film is quite unique to him as an artiste.