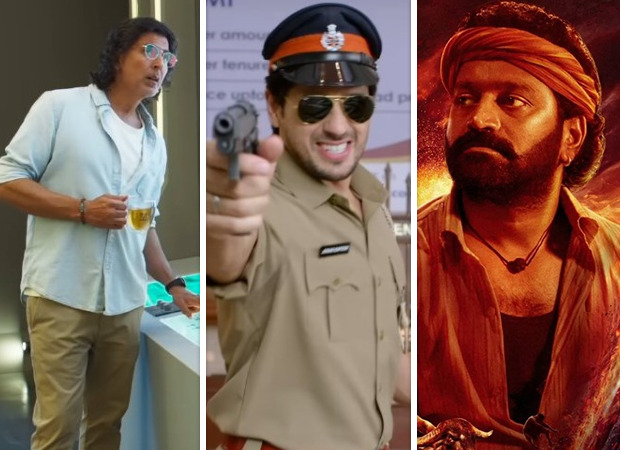 The rough spell for Akshay Kumar and Ajay Devgn is just not ending as their Diwali 2022 releases – Ram Setu and Thank God – are turning out to be theatrical flops. The footfalls are seeing fall day by day and the exhibitors anticipate the two films to come down to doing very low numbers on the weekdays, once the 6-day festive period is over. The programmers have sat down to reduce the showcasing of the films by a huge margin.

Ram Setu is looking at a 6-day extended weekend of approximately Rs. 57 crores, whereas Thank God is even worse with a 6-day weekend of Rs. 27 crores. On the other hand, the Kannada dubbed film, Kantara in its 3rd week, is doing phenomenal business at ticket rates approx. 40 per cent lower than Ram Setu and 30 per cent lower than Thank God. Seeing the upward swing in business by the day, the cinema owners have silently started to increase the Kantara showcasing by reducing shows for both Ram Setu and Thank God.

There have been show reductions for both the films for both – Saturday and Sunday – with additional shows being allotted to Kantara. The showcasing reduction is minimal for the weekend, but the real game will begin from Monday, when a major chunk of shows are set to be either cancelled or replaced to avoid the reports of no audience in cinema halls. The distributors have given tight instructions to keep limited showcasing and avoid the negativity of shows getting cancelled due to zero audience. Some morning and noon shows are already cancelled for Monday, and things don’t look bright for both Ram Setu and Thank God.

Kantara on the other hand might have 25 to 30 per cent higher shows from tomorrow, and this includes showcasing in the single screens too. The low pricing policy is doing wonders for the team, as the film has indeed recorded much better footfalls than Thank God, and is almost similar to Ram Setu on the footfall front from Thursday onwards.

Also Read: EXCLUSIVE: Rishab Shetty says Kantara is not just a “film”; speaks about a special message it gives, watch