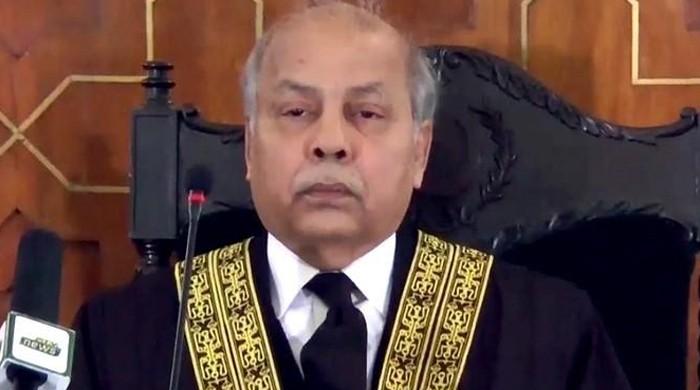 A woman was allegedly robbed and raped in front of her children after getting stranded on the Lahore-Sialkot motorway late Wednesday when her car ran out of fuel.

The police response was delayed over jurisdiction issues which allowed the criminals to commit the alleged crime and flee.

“Maintaining peace and security is the responsibility of the government, and a transparent system in the police force is of paramount importance,” he said, while addressing a ceremony.

The CJP said that political interference in the police system was “rampant” and the people were suffering as a result of it.

“Innocent commuters are subjected to serious crimes on the highways,” he said, adding that the latest case was also a result of such political meddling.

The top judge said that the absence of an effective system on the highway to provide security to the masses was “shameful”.

The government should overcome its shortcomings and restore the reputation of the police force, he said.

“The government should stop the interference of politicians in police departments as the force can not operate without discipline,” the chief justice said.