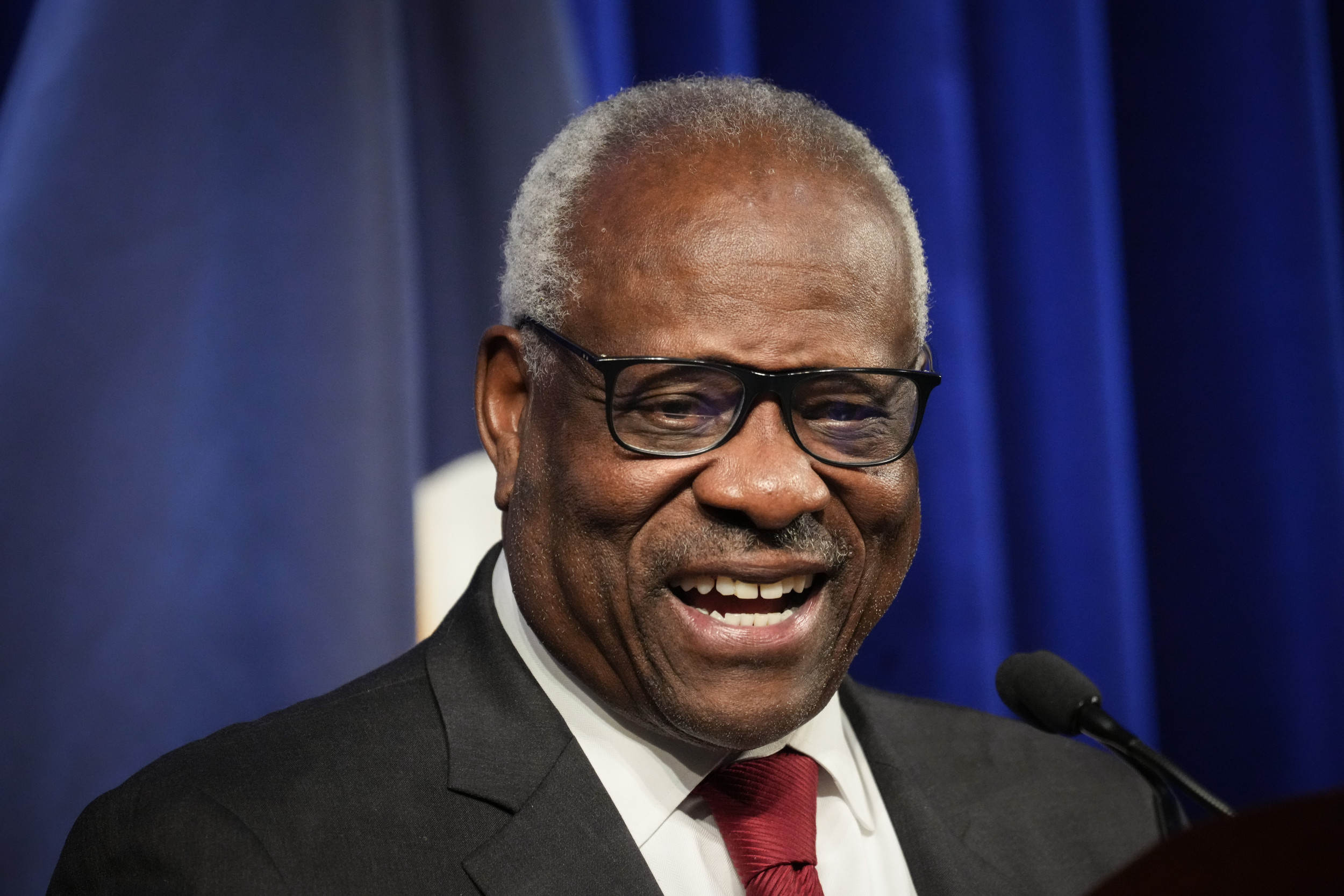 Supreme Court Justice Clarence Thomas’ remarks about the court’s leaked draft opinion regarding Roe v. Wade on Friday has renewed focus on his ties on the efforts to overturn the 2020 presidential election.

Thomas, speaking at a conservative conference in Dallas, condemned the leaked opinion that would ultimately overturn the court’s ruling on the landmark decision that has guaranteed abortion-rights to women across the country since 1973.

Should the Supreme Court overturn its decision, it would immediately upend abortion-rights for millions by allowing states to make their own laws regarding reproductive rights. Several Republican-led states already have laws in place that would ban abortion almost immediately if the decision is overturned.

Thomas, who warned that the leak represents a breach of trust in the nation’s highest court, joined justices Samuel Alito, Neil Gorsuch, Brett Kavanaugh and Amy Coney Barrett in the majority opinion.

“When you lose that trust, especially in the institution that I’m in, it changes the institution fundamentally. You begin to look over your shoulder. It’s like kind of an infidelity that you can explain it, but you can’t undo it,” he said, the Associated Press reported.

Politicians and pundits, however, quickly hit back against his remarks, pointing out how the ties he and his wife Ginni Thomas have to the U.S. Capitol riot that occurred last year have also eroded trust in the Supreme Court.

Earlier reports uncovered that Ginni Thomas showed support for overturning the results of 2020 election in text messages to former White House chief of staff Mark Meadows—an effort pushed by former President Donald Trump and his allies, alleging widespread voter fraud that is yet to be proven. She allegedly encouraged him to “Help This Great President stand firm Mark!!!”

In light of the text messages, the justice faced criticism for being the only one to vote in favor of Trump in a case he aimed to block investigators from getting access to documents related to these efforts.

“Justice Thomas’s wife participated in an insurrection to overthrow the government and he’s lecturing others about institutional distrust?” tweeted Congressman Bill Pascrell, a New Jersey Democrat.

“Justice Thomas’s wife helping promote the Big Lie and incite an insurrection against Democracy has done irreparable damage to the Supreme Court, and it has destroyed the trust of the American people,” wrote political commentator Ana Navarro-Cárdenas

“Nobody has destroyed the “trust” in the Supreme Court more than Clarence Thomas, who refused to refuse in a case involving his own wife. The shadow docket is a close second,” attorney Daniel Goldman, who served as lead counsel in Trump’s first impeachment, wrote.

“Clarence Thomas doesn’t have to look over his shoulder. He can just look at Ginni and see how compromised the institution has become,” wrote MSNBC host Katie Phang.

Others, however, came to his defense.

“There is not one political syllable in #ClarenceThomas remarks. The left constantly seeks to label constitutionalism and rule of law as political to shield its own activism,” wrote conservative radio host Mark Davis.

Newsweek reached out to the Supreme Court for comment.