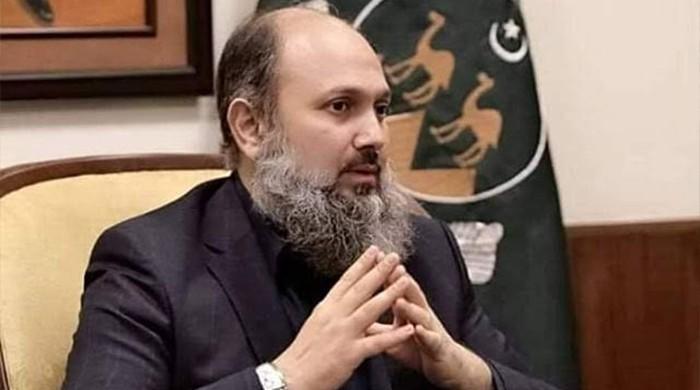 Chief Minister Jam Kamal on Tuesday said that he had tested positive for coronvirus, as the country begins imposing lockdowns in COVID-19 hotspots.

“My Covid Test has come positive,” he said in a tweet.

Balochistan has recorded 15,541 coronavirus cases, 146 deaths, and 15,220 recoveries from the pandemic, according to official statistics .

The chief minister announced that he had testes positive, however, did not give any further details of his condition.Â

PTI Punjab Member of Provincial Assembly (MPA) Shaheen Raza was the first lawmaker in the country who died due to COVID-19 a few months ago.

The development comes days after the Pakistan Medical Association (PMA) warned the authorities and the general public about the foreseeable second spike of coronavirus, which is likely to start from educational institutions as it happened in US, India and Iran.

â€œUnfortunately, the governmentâ€™s response so far is limited to the issuance of notifications of Standard Operating Procedures (SOPs), whose implementation is non-existent anywhere including schools,â€ said the PMA office-bearers while addressing a press conference.

They said that the winter has arrived and schools have opened, and any carelessness on part of the government and the public might trigger a second spike of coronavirus in the country.

â€œHowever, the situation on the ground is entirely opposite as no precautions were being observed in schools, which were opened in congested buildings,â€ they regretted.