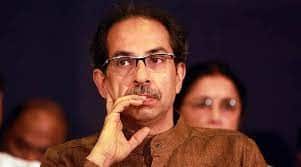 Amid rising tensions between the Shiv Sena and BJP, Chief Minister Uddhav Thackeray on Sunday stayed away from the first Lata Dinanath Mangeshkar Award in Mumbai where Prime Minister Narendra Modi was honoured by the Mangeshkar family. Sources in the Sena said the party is upset with the Mangeshkar family for not putting the CM’s name on the invitation card for the event.

Thackeray, though, visited the home of 80-year-old Chandrabhaga Shinde who was seen protesting outside Matoshree, his residence, against independent MLA Ravi Rana and MP Navneet Rana on Saturday.

According to a government official, Industries Minister Subhash Desai was assigned to attend the award function on behalf of the state government. Desai along with the Minister of State for Protocol Aditi Tatkare was to receive the PM; later, Environment Minister Aaditya Thackeray also joined them at the airport.

This is not the first time the CM has skipped a programme with the PM. On March 6, when the PM visited Pune to inaugurate the Pune Metro rail project, he had stayed away from the function. The Sena had said the CM was recovering from a surgery.

When asked whether the CM deliberately avoided sharing platform with the PM as his government was, as repeatedly alleged by MVA leaders, targeting them through central agencies, Shiv Sena’s chief spokesperson Sanjay Raut replied in the affirmative. However, he refused to elaborate.

Sources said two members of the Mangeshkar family had visited ‘Varsha’, the CM’s official residence, to invite him to the event on Saturday.

“It is a fact that Thackeray’s name wasn’t there on the invitation card despite him being the CM. It is an insult to the Marathi people of Maharashtra. Hence, the CM did not go for the function,” a Sena leader told The Indian Express.