COAS appointment: Zardari’s suggestion to be on number one, says Asif 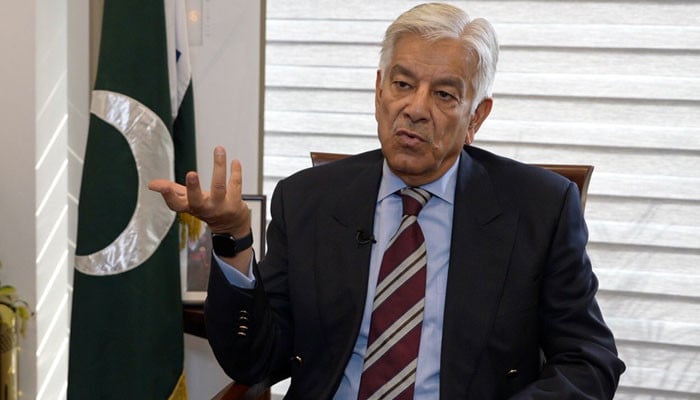 Asif, speaking on the Geo News programme “Apas Ki Baat”, said that during the meeting of the coalition partners presided over by Prime Minister Shahbaz Sharif, former president and PPP Co-Chairman Zardari gave a good suggestion which has been included in the updated summary as the first priority.

The defence minister further revealed that the initial timeline set by the authorities concerned was different from a couple of days, adding that the new timetable has been set with full support from the coalition parties.

“I believe that the summary and advisory will be sent to the president by Thursday,” he said.

A few hours ago, Information Minister Marriyum Aurangzeb revealed that leaders of all coalition parties expressed full confidence in PM Shahbaz over the appointment of the COAS and chairman joint chiefs of staff committee (CJCSC).

The minister revealed that all party leaders entrusted the decision of the appointments to PM Shahbaz.

The Prime Minister’s Office confirmed Wednesday morning that its has received a summary from the Ministry of Defence with a panel of names for the appointment of the new COAS and CJCSC.

“The Prime Minister will take a decision on the appointments as per the laid down procedure,” the brief tweet from PM Office read.

‘President Alvi will seek my advice on key appointment’

Meanwhile, the PTI chairman claimed that President Alvi was in contact with him and would consult him on the appointment of the top two slots in the military.

“I am in contact with the president over the summary related to a key appointment,” the PTI chief said.

Khan stated that he doubts the intention of the PML-N supremo Nawaz Sharif.

“I have no issues with whoever is made the army chief but I want that the decision should be taken on merit,” he said, adding that he has no relation with the decision because he does “not have any corruption cases to close with their help”.