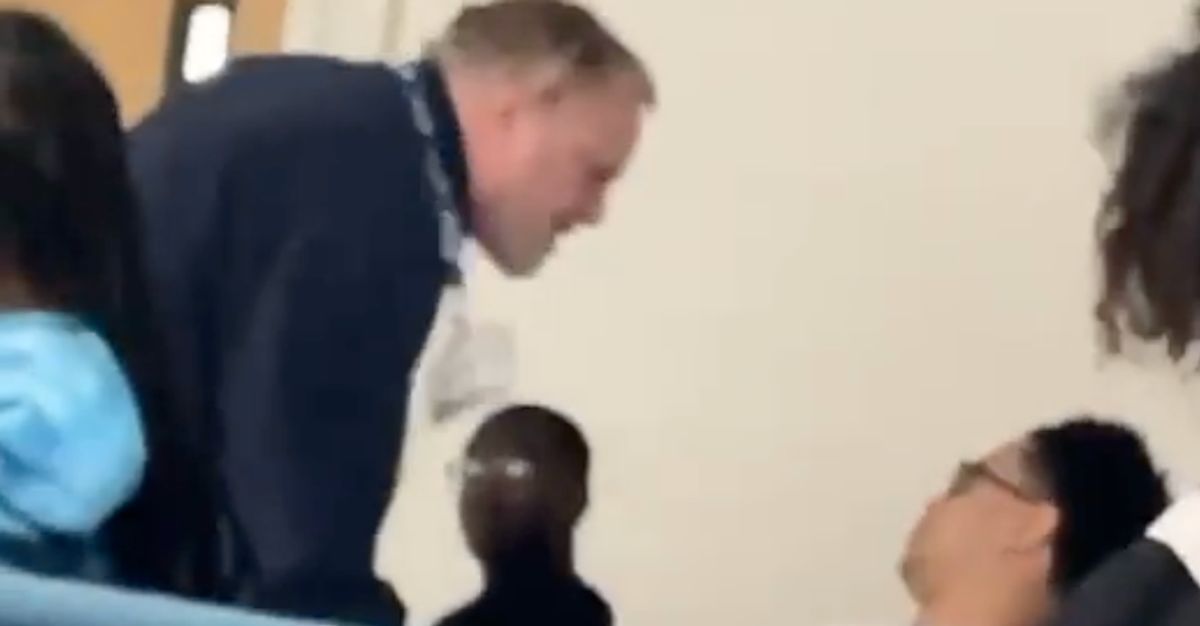 A Tennessee State University professor says he has resigned after a viral video showed him screaming at a student’s face who failed his course.

Robert Evins Pickard, a history professor, was seen on video shouting at a student to leave his classroom. “I said, ′What is your name?’” he yelled in the clip. ”Out! Get out! You have failed this course, whatever your name is! Out! Out! Out! Out!”

In a statement to WSMV-TV on Tuesday, Pickard said he had resigned.

“I deeply regret what happened in class. I lost my temper and did something I should never have done,” he told the station. “I have been under pressure lately, and I have been frustrated with students who pay attention to their cellphones and laptops, then wonder why they get low grades. But that does not excuse my behavior. I apologized to the students and offered my resignation. I am now retired, as I had planned anyway. Please respect my privacy, it is over now.”

The university did not immediately respond to a request for comment on the development.

On Monday, the school said it had “taken swift action” to address the incident but did not clarify what that entailed.

“TSU does not tolerate unprofessional behavior in its classrooms or otherwise directed at students. The University is committed to providing a healthy and positive academic environment for all students,” it said in a statement to WSMV-TV.

“This incident runs afoul of the standard of behavior we expect from those charged with teaching and serving as role models for our students. The University has taken swift action, including personnel action, to address this incident.”

TSU student Sheraya Rains said in an interview with the outlet that she was “so shocked” by the outburst. “I think he should be fired,” she said.

On Rate My Professors, a website where students can write anonymous reviews about university teachers, Pickard’s page was flooded with negative feedback following the incident. In several other posts dating as far back as 2017, he was also rated as an “awful” teacher, with commenters saying they felt they were set up to fail his course.