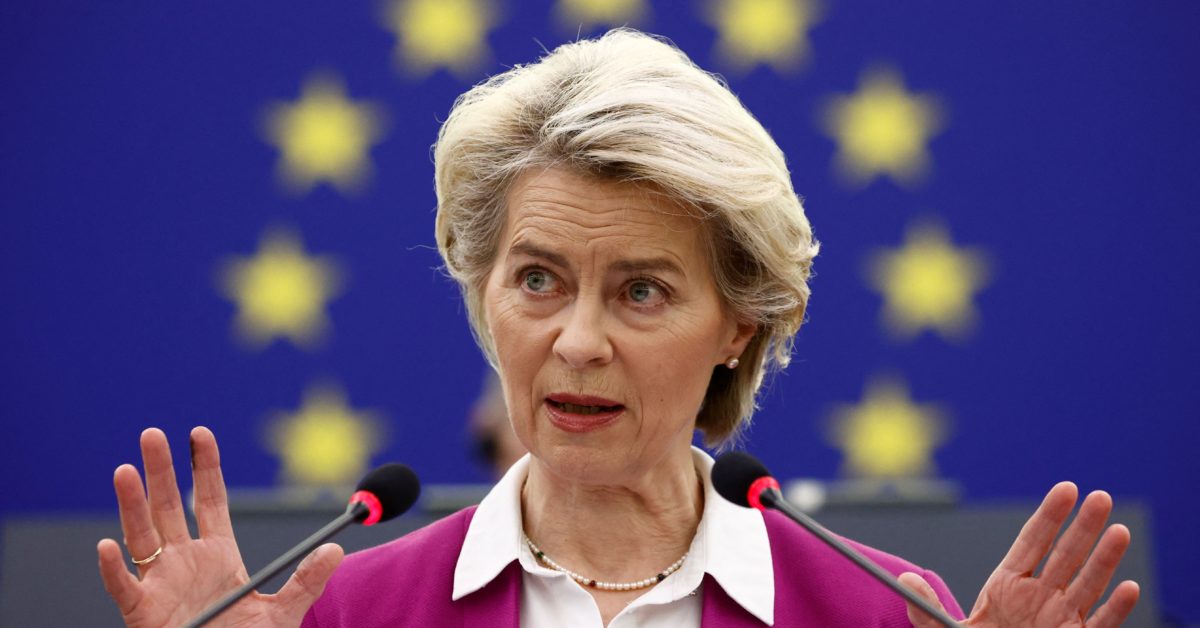 The European Commission on Tuesday proposed targeted measures to hit transport companies that “engage in or facilitate smuggling or trafficking of people into the EU” â€” a move aimed at stopping Belarus from sending migrants toward its borders with the bloc.

“We propose rules to blacklist all means and modes of transport involved inÂ trafficking in persons and smuggling of migrants,” said Commission President Ursula von der Leyen. The Commission calls efforts by Belarusian leader Alexander Lukashenko to send migrants to EU borders in retaliation for sanctions imposed against his regime “hybrid warfare.”

The measures â€” which would have to be approved by the European Parliament and member countries â€” would blacklist any transport company involved in helping move migrants from accessing EU airspace, landing at airports, arriving at ports or crossing EU territory.

The listing would last for up to a year and could be renewed with individual cases decided by the Commission once the regulation is approved, said Commissioner for Transport Adina VÄƒlean.

She compared the measure to EU regulations already in place blocking access to the EU for airlines that don’t meet the bloc’s safety rules.

If adopted, the measures would add to the pressure on Belarus to stop transporting people from the Middle East to Minsk and then sending them on to try to cross into the EU via Latvia, Lithuania and Poland.

Belavia, the Belarusian state airline, was banned in June from flying into EU airspace or landing in any of the union’s airports after Belarus diverted a passenger plane to Minsk to arrest an opposition blogger. Those sanctions prompted Lukashenko to ramp up his people smuggling operation.

Earlier this month, Turkish Airlines agreed to stop selling one-way tickets to Belarus to people from several Middle Eastern countries. Belavia said it will stop allowing citizens of Iraq, Syria and Yemen to board flights from Turkey to Belarus.

Uzbekistan also imposed restrictions on flights to Belarus for transit passengers from a half-dozen countries.

The potential measures announced Tuesday donâ€™t include MinskÂ airport, which also wasnâ€™t targeted in the EUâ€™s recent fifth round of sanctions against Belarus. AÂ senior EU diplomat said some member countries wanted to use such an option as leverage in talks with the Belarusian government.

Announcing the blacklist plan, Commission Vice President Margaritis Schinas said migrants had been “sold a lie” by governments and airlines and that the issue was a security problem for the bloc. The Commission said that by November 14 there had been 2,649 asylum applications in Lithuania, 294 in Latvia and 6,498 in Poland related to the flights into Belarus.

â€œAttempts to destabilize the EU by instrumentalizing people will not work,â€ said von der Leyen. â€œThe EU is united and taking various actions to resolve the situation at the EU’s external borders with Belarus â€¦ We will never accept the exploitation of human beings for political purposes.â€

The three border countries are building fences and have sent their militaries to prevent people from crossing. The Polish authorities have come under fire from human rights groups for forcibly pushing back migrants into Belarus.

The pressure has lessened in recent days, with some migrants flying back to Iraq and Belarus moving some people away from the border.

The Commission is also making a further â‚¬200 million available for border management in Latvia, Lithuania and Poland but the funding can’t be used for border fences, Schinas said.

This article has been updated with the possibility of sanctions against Minsk airport.