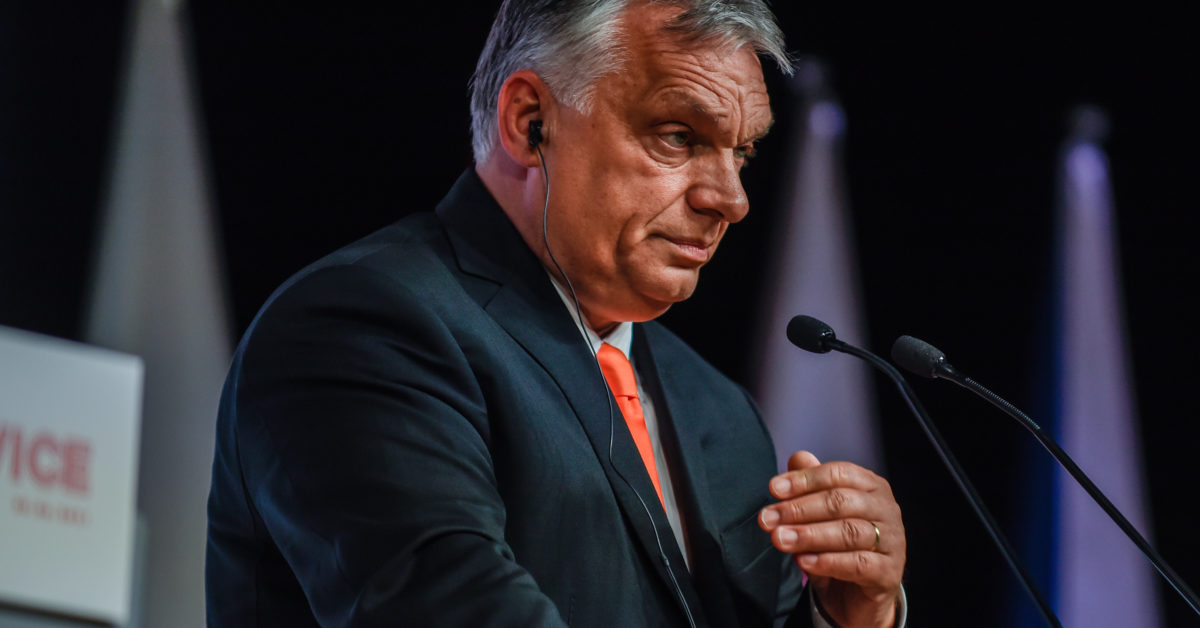 The European Commission has written to Hungary saying that problems with the independence of the judiciary, ineffective prosecution of corruption, and deficiencies in public procurement could pose a â€œserious riskâ€ to the EUâ€™s financial interests.Â

The letter, signed by Director-General for Budget Gert-Jan Koopman and sent to Hungary on Friday,Â is anÂ informal first step toward triggering a mechanismÂ that allows for EU money to be cut for countries because of rule-of-law concerns.

The mechanism, which came into effect at the beginning of this year but has yet to be formally used, allows the bloc to cut funding to member countries in cases when certain rule-of-law breaches affect the blocâ€™s financial interests or the sound financial management of the EU budget.

In the 11-page document, seen by POLITICO, the Commission described systemic problems and lack of accountability for corruption in Hungary, posing 16 specific questions to the Hungarian authorities on issues such as conflicts of interest, who benefits from EU funding, and how judicial review by independent courts is guaranteed.Â

The Commission pointed out that the blocâ€™s anti-fraud office, OLAF, found that in the period 2016 to 2020, Hungaryâ€™s financial recommendations in the areas of regional development and agriculture wereÂ â€œalmost eight times the EU average.â€

It also raised concerns that â€œon a number of occasions in recent years, Hungary withdrew a large amount of irregular projects or expenditure from Union funding following Commissionâ€™s services audits and OLAF investigationsâ€ while continuing to finance these projects with national funding, a move that has a â€œnegative impact on the deterrent effect of Commission controls and audits, and of OLAF investigations given the frequency of such practices.â€Â

In a nod to concerns that Prime Minister Viktor OrbÃ¡nâ€™s close friends and family members are given a large portion of Hungaryâ€™s EU funding, the Commission asked the Hungarian authorities to â€œindicate the amounts from Union funds that were used to finance projects in the Lake Balaton areaâ€ and â€œprovide the list of the ten groups of physical persons or undertakings receiving the highest share of EU area-related direct payments from the Union Common Agricultural Policy in Hungary.â€

The Commission also pointed to concerns about possible conflicts of interest involving members of the Hungarian government itself, noting that current ministers and state secretaries are members of boards of trustees of controversial â€œpublic interest trustsâ€ â€” including higher education institutions that could be recipients of EU funding.Â

And in a section devoted to problems with the independence of the judiciary, the Commission raised questions about judicial review, the â€œexcessive powersâ€ of the president of the National Office for the Judiciary, and the fact that questions Hungarian judges submit to the Court of Justice of the EU may be declared unlawful.

â€œThe issues identified in this section could affect the effectiveness and impartiality of judicial proceedings on cases related to the irregularities in the management of the Union funds, and this could create a serious risk to the protection of the financial interests of the European Union,â€ the Commission wrote.

â€œThis could create a serious risk to the protection of the financial interests of the European Union,â€ it added.Â

Hungary has two months to respond to the Commission.