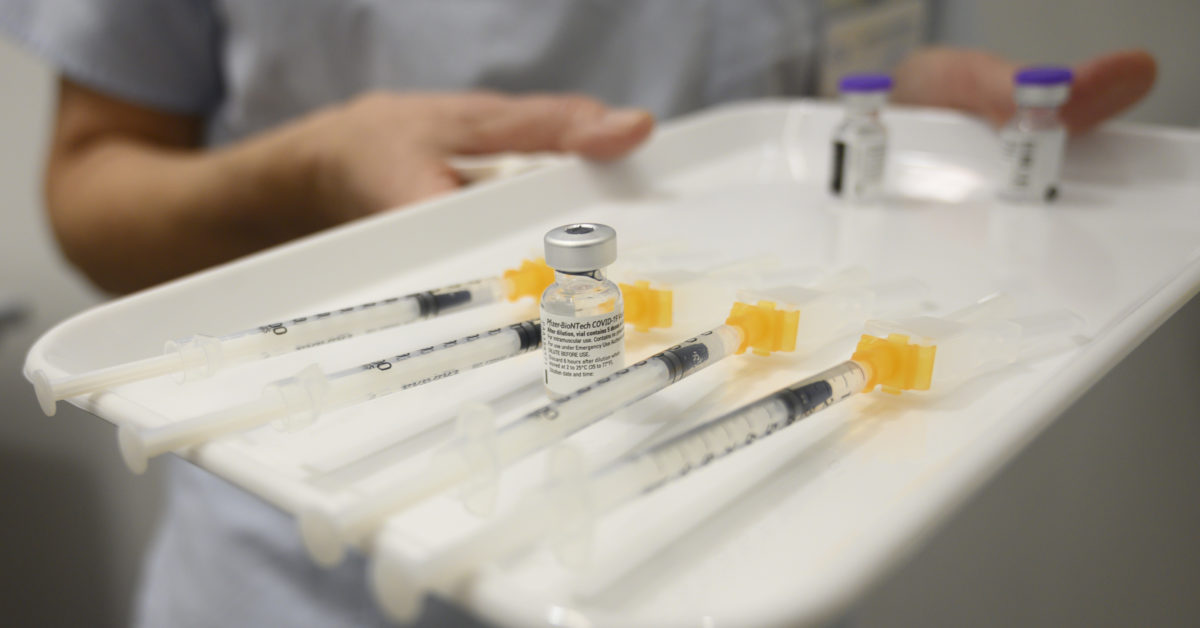 The Commission is giving its vaccination strategy a revamp as vaccine supply comes up short and new variants are making approved vaccines less effective.Â

A draft communication, seen by POLITICO, shows the Commission plans to make a number of proposals to boost manufacturing and battle variants. The document will be presented Wednesday afternoon and could differ from the draft.

â€œEurope must be ready and prepared for the possibility of future variants being more or fully resistant to existing vaccines,â€ the draft communication said.

The central proposal is a public-private partnership, called the HERA Incubator, which would work with the European Centre for Disease Prevention and ControlÂ (ECDC) to standardize genomic sequencing across the bloc and help EU countries sequence at least 5 percent of positive cases. Sequencing is considered an essential tool in identifying and tracking variants.

The Commission is interested in purchasing the PCR tests that could help track variants, either by EU or joint procurement, and seeks to set aside least â‚¬75 million, the draft said.

The Incubator will also coordinate between vaccine producers and regulators to improve research on new variants, especially on the issue of whether booster shots will be needed. The Commission is investing â‚¬30 million into existing Horizon 2020 projects and another â‚¬120 million into new ones under Horizon Europe.Â

Other proposals include the launch of the Commission’s “Vaccelerate,” an EU-wide, EU-funded clinical trials network to ensure all trial sites are ready to test vaccines, as well as purchasing more vaccines, either by increasing deals it already has or signing new ones.

â€œBased on the lessons learned,” the Commission wants to a see “a detailed and credible plan showing capability to produce vaccines in the EU and deliver on a reliable timescale will be a prerequisite” before signing new or expanding existing deals, the Commission wrote. â€œThis should not prevent the EU from considering sources from outside the EU if needed.â€

While the Commission said it’s ready to mobilize “all necessary funding for the purpose” of the vaccine deals, it didn’t specify how much money would be involved. But it noted additional resources could come from the European Investment Bank through Horizon 2020’s InnovFin Infectious Diseases Finance Facility (IDFF) and InvestEU.

On the regulatory side, the Commission said it will work with the European Medicines Agency to speed up the regulatory approval process by having coronavirus vaccines go through a process similar to flu vaccines, so that drugmakers can provide a â€œsmaller set of additional dataâ€ to the EMA. Also on the table is amending EU pharma legislation to introduce an emergency EU-wide authorization of vaccines “with shared liability among Member States,” the draft said.

There is an additional push on boosting manufacturing. The Commission will offer proposals to ramp up manufacturing of vaccines as part of its â€œEU Fabâ€ project, which will become an â€œassetâ€ of the future HERA. It also wants its “Task Force for Industrial Scale-up” to function as a â€œone-stop shopâ€ to help any possible vaccine producers â€” including pharma companies not making vaccines or veterinary medicines producers â€” scale up manufacturing.Â

Brussels is also seeking to involve more producers. The draft floats the creation of “a voluntary dedicated licensing mechanism, which would allow technology owners to retain a continued control over their rights whilst guaranteeing that technology, know-how and data are effectively shared with a wider group of manufacturers.”

At the same time, the Commission will provide support for drug producers to boost manufacturing with competitive law guidance, including on the Antitrust Temporary Framework.

â€œThe cooperation should be limited to what is strictly necessary to achieve the specific objective in terms of research and development, production or supply, which the companies acting alone would not be in a position to do,â€ the Commission wrote.

Ashleigh Furlong contributed to this report.