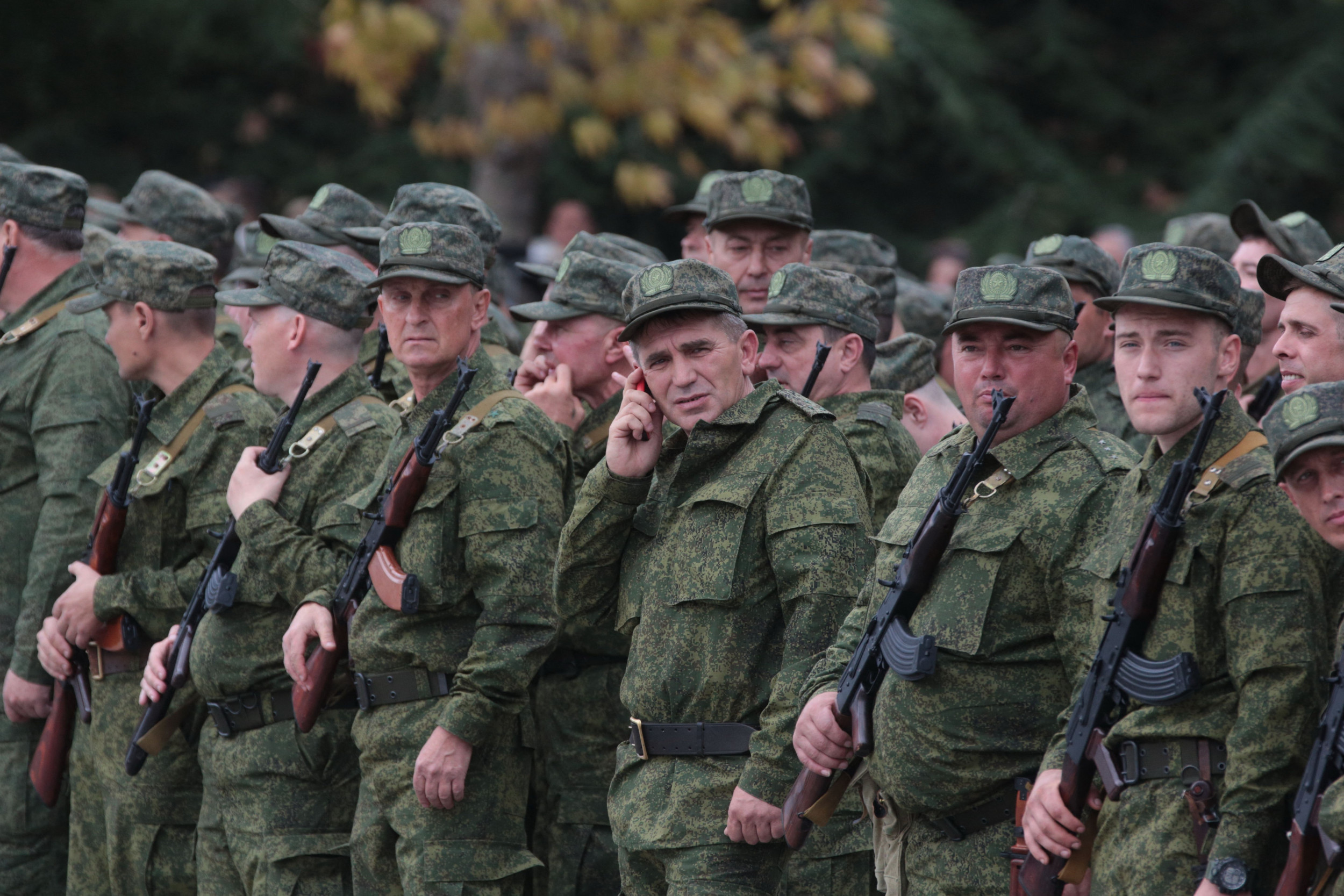 A Russian soldier has surrendered to Ukrainian forces, just days after being deployed to fight under President Vladimir Putin‘s nationwide partial mobilization, according to an official.

Anton Gerashchenko, adviser to Ukraine’s minister of internal affairs, posted a video on his Telegram channel on Tuesday purportedly showing a Russian soldier who was mobilized five days ago from the western Rostov region, which borders Ukraine.

He said it was the first case of a mobilized soldier surrendering in Ukraine since Putin’s September 21 decree.

“Soldiers of the 92nd brigade captured a frightened, frozen ‘mobilized soldier’ in the forest near Kupyansk [in eastern Ukraine]. He deserted from his military unit and tried to return to Russia, but got lost,” Gerashchenko, who regularly shares videos showing Russia’s military struggles in Ukraine, wrote in a caption.

In the clip, the man said that he was drafted into the ranks of the Russian armed forces under a contract. He also urged fellow Russians not to listen to propagandists and not to participate in Putin’s war against Ukraine, pointing to the high number of casualties on the Russian side.

The Russian man said that he was captured by Ukrainian forces on his third day of serving, and that he had only seen the commander of his unit once.

Newsweek could not independently verify the authenticity of the video or the conditions under which it was filmed and has contacted the Ukrainian Defense Ministry.

It comes as the General Staff of the Armed Forces of Ukraine said on its Facebook page that Russians were being deployed without appropriate training as Moscow continues to suffer losses of its military personnel.

“Russian units are starting to receive military personnel who have been called up as part of the partial mobilization,” it said, noting that newly arriving troops have received no training prior to being deployed in Ukraine.

“In addition to partial mobilization, the military-political leadership of the Russian Federation is continuing to roll out a so-called ‘self-mobilization,'” the post said. “Persons convicted of criminal offenses are joining units that are already fighting in Ukraine.”

The group published a video on Tuesday of a mobilized soldier saying that his unit was told that it would be sent to the front line without training.

“Hello, everyone, this is the 1st Armor Regiment speaking. We’re off to Kherson on September 29. So… Think for yourselves. Make of it what you wish. No target practice, no theory—nothing at all,” he said. Newsweek could not verify the authenticity of this video.

A day earlier, Russian-language independent news outlet Mediazona spoke to the wife of a mobilized resident from Lipetsk in western Russia, who said that her husband’s regiment was being sent “to the front line” in Donbas after a day of training.