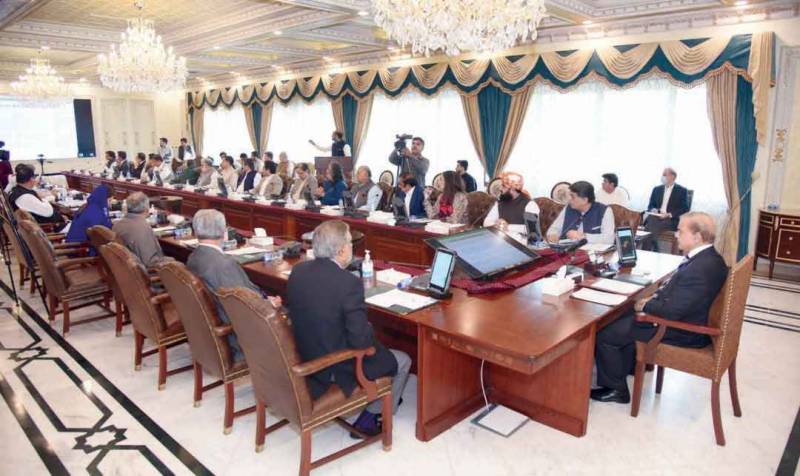 ISLAMABAD   –   Expressing serious con­cern over the missing of the copy of controver­sial diplomatic cipher from the PM House re­cord, the federal cabinet has accused ex-prime minister and PTI Chair­man Imran Khan of compromising vital na­tional interests for polit­ical gains by tampering the diplomatic cipher.

“Vital national in­terests were damaged by giving concocted meanings to the diplo­matic cipher for politi­cal gains and the cable was stolen after “fraud, forgery and fabrica­tion”, noted the cabinet which met here with Prime Minister Sheh­baz Sharif in the chair here yesterday.

It said that therefore, it was necessary under the constitution, law and rules to investigate the issue in detail and those found respon­sible be given severe punishment in accor­dance with the law.

The meeting was told that though entry of the receipt of cipher sent to the former prime minis­ter was found in the re­cord, its copy, which is considered as the prop­erty of the PM House as per law, was missing from the record.

The meeting formed a committee which will determine a legal action against all the involved characters including the former prime min­ister, ex-Principal Sec­retary to PM and senior former ministers.

Besides the represen­tatives of the govern­ment’s allied parties, the Cabinet Committee will comprise Minis­ters for Foreign Affairs Bilawal Bhutto Zardari, Interior Minister Rana Sanaullah and Law and Justice Nazir Tarar.

The federal cabinet, which met on Friday with Prime Minister Sheh­baz Sharif in the chair, held deliberations on the issue of audio-leaks on the cipher in­volving former prime minis­ter Imran Khan and his team and termed it a strong vio­lation of the constitution­al oath, other related laws and regulations particular­ly the Official Secret Act. “It was the act of unpardon­able crime against the state through which political in­terests were given priority over the vital national inter­ests,” observed the cabinet. The cabinet endorsed the decision of the National Se­curity Committee (NSC) to investigate the matter thor­oughly and constituted a cabinet committee compris­ing Defence Minister Kha­waja Asif, Interior Minister Ranasanaullah and Law Min­ister Azam Nazir tarar.