Coronavirus Has Renewed Our Addiction To Plastic 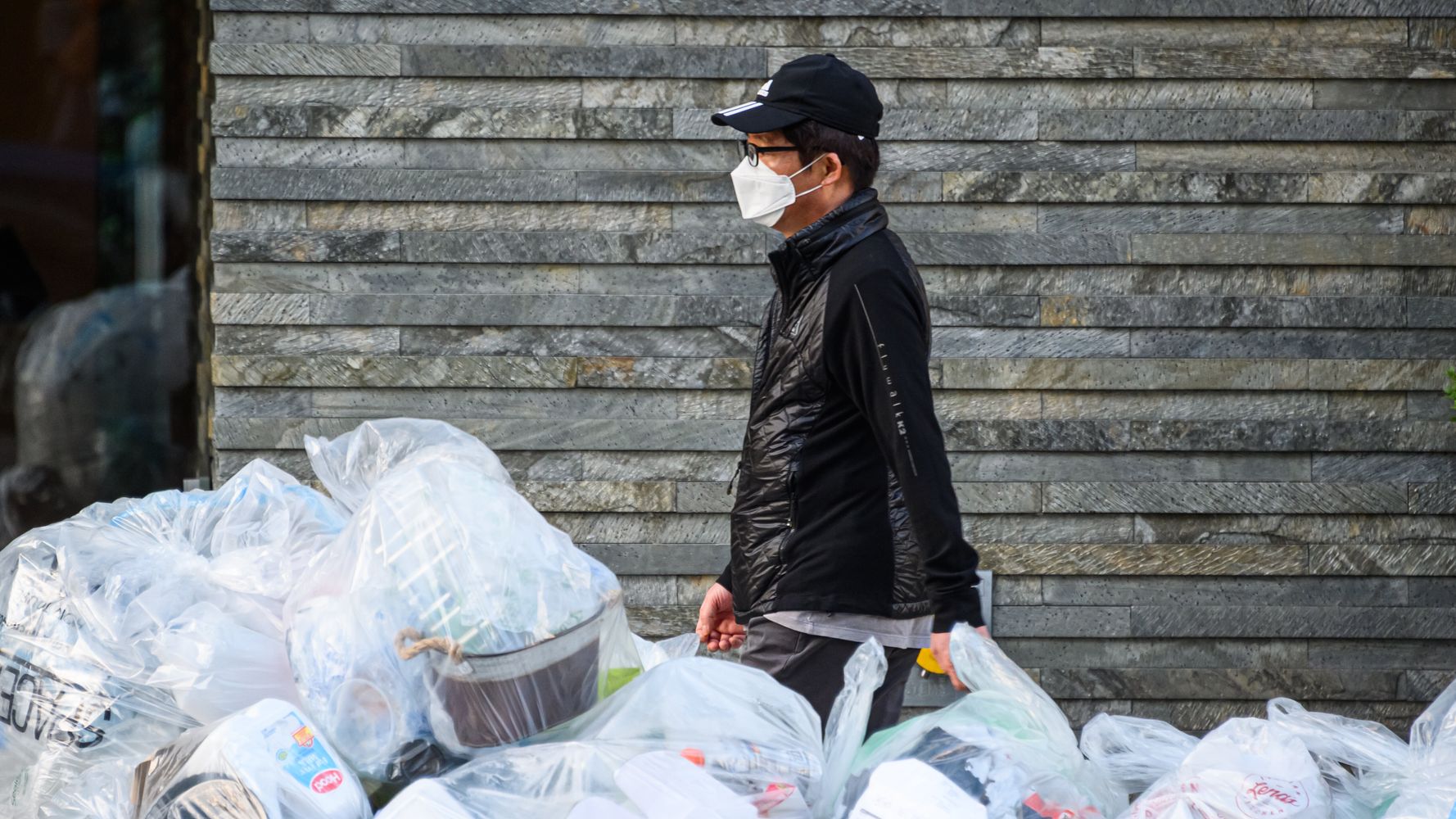 As the global death toll from the coronavirus pandemic has risen above 350,000, it has been tempting to look for a silver lining in the environmental changes that the crisis has caused.

Global carbon emissions have plummeted to record lows as a result of strict lockdown measures imposed around the world, with industries halted and cars and planes brought to a near-standstill.

Major cities are reimagining their transportation networks and exploring ways to limit car use while encouraging alternate forms of transportation, like walking and cycling.

And with humans largely out of the way, wildlife is thriving in some areas. Wild goats roamed free in aÂ Welsh town, while packs of boar have been spotted in Barcelona.

In the United States, the Centers for Disease Control and Prevention warned this month of â€œaggressiveâ€ rats on the loose in some communities, searching for new sources of food because restaurants have largely shut down.

Even as the pandemic sparks hope of a green revolution, however, there are signs that the crisis could cause lasting harm to the environment.

Plastic is making a major comeback, thanks to increased demand for packaged food and disposable shopping bags, the installation of plexiglass dividers in shops and offices, and the widespread use of gloves and protective masks.

In France, 40% of the use of plastic is devoted to packaging, HuffPost France reports. At the end of March, as the coronavirus crisis ramped up, Elipso, the professional federation of the plastic packaging sector, recorded a 30% increase in production, mainly in the food, hygiene and detergents sectors.

Part of the reason for the increase, according to Emmanuel Guichard, Elipsoâ€™s general manager, is that suppliers have largely had to shift away from selling to restaurants and toward serving home consumers.

Items that, prior to lockdown, were sold in bulk to restaurants and cafeterias are now sold in smaller containers in supermarkets, Guichard told HuffPost France. â€œThat means more packaging.â€

The explosion of online ordering and in-store collection also explains why consumers, including those who were sensitive to the issue of packaging before the crisis, are less attentive.Â

According to a study carried out at the end of April by the Kantar Institute and PricewaterhouseCoopers, 24% of French people did their food shopping via â€œclick and collectâ€ during confinement, in order to limit human contact.

In these cases, â€œyour strawberries will necessarily be in plastic, in case they end up under your laundry,â€ Guichard said.

The pandemic has also caused cities and states in Europe and the U.S. to pause or roll backÂ bans on single-use plastic bags,Â due to fears that reusable shopping bags could more easily spread the coronavirus.Â

â€œIt is critical to protect the public health and safety and minimize the risk of COVID-19 exposure for workers engaged in essential activities, such as those handling reusable grocery bags,â€ said an order announcing Californiaâ€™s move.

Environmentalists have argued, however, that there is little evidence that reusable shopping bags carry a greater risk of spreading the coronavirus.

They say that the plastics industry is taking advantage of the crisis to promote their products and demonize reusables â€” despite studies that suggest that the coronavirus can live for days on plastic surfaces.

Indeed, right-wing think tanks have published articles arguing in favor of plastic bags, and the plastics industry has lobbied the Trump administration to help overturn plastic bag bans across the United States.

â€œWe ask that the department speak out against bans on these products as a public safety risk and help stop the rush to ban these products by environmentalists and elected officials that puts consumers and workers at risk,â€ Plastics Industry Association CEO Tony Radoszewski wrote to Health and Human Services Secretary Alex Azar in March.

This month, the CDC issued guidance for restaurants and bars that encouraged the use of disposable utensils and single-use condiment packets.

â€œThe plastic industry has really treated the COVID-19 emergency as an opportunity and is preying on peopleâ€™s fear to scare them into believing that single-use plastic is the best way to stay safe,â€ John Hocevar, director of Greenpeaceâ€™s oceans campaign, recently told Vox. â€œAnd so far, there isnâ€™t any independent scientific research that supports that.â€

Another symbol of the pandemic has been the number of gloves and masks littering city streets.Â

In hospitals, used masks are considered hazardous waste and are sent for incineration. But there is no such system for the general public.

Used masks and gloves should be disposed of in the trash, but many cities have experienced a rise in personal protective equipment litter since the pandemic began.

This litter represents not just a threat to the health of the people who encounter it and clean it up, but also to the environment as a whole.

Medical-grade masks are commonly made from polypropylene, a very dense thermoplastic, which is non-biodegradable and non-recyclable.

â€œIt is not the worst polymer, but it is generally estimated that solid polypropylene takes around 500 years to degrade,â€ Etienne Grau, a teacher-researcher at the University of Bordeaux, told HuffPost France.

In France, divers sayÂ that they have seen an uptick in â€œCOVID pollutionâ€ in the sea and other waterways.

â€œFirst it was the gloves,â€ one diver said in a video that has gone viral online this month. â€œThen we started to find masks three or four days ago. … This is just the beginning of the COVID waste.â€

This week, Virginia Raggi, the mayor of Rome, announced a 500-euro fine for anyone who fails to properly dispose of masks and gloves.Â

â€œThe use of masks and gloves is essential in this critical moment: However, they must not be thrown on the ground under any circumstances,â€ Raggi said, according to HuffPost Italy.

â€œLet me be clear: There must be zero tolerance against those who throw this kind of waste on the street.â€