A vaccine summit hosted by the British government has raised billions of dollars to immunise children in developing countries as experts wrestled with the difficult question of how any potential vaccine against the coronavirus might be distributed globally – and fairly.

The United Nations and the International Red Cross and Red Crescent Movement have urged that “a people’s vaccine” be developed for COVID-19 that would be freely available to everyone, calling it a “moral imperative”.

Thursday’s event, which raised $US8.8 billion ($A12.7 billion), exceeding its target, was a pledging conference for the vaccines alliance GAVI, which says the funds will be used to vaccinate about 300 million children in dozens of countries against diseases like malaria, pneumonia and HPV.

It hopes to raise an additional $US2 billion for that effort, to immunise health care workers as well as high-risk individuals and create a buffer of doses to be used where needed most.

But experts pointed out that the unprecedented pandemic – where arguably every country will be clamouring for a vaccine – may make efforts at fair distribution extremely messy.

The worldwide scramble for masks and ventilators that erupted in the early stages of the outbreak are not encouraging signs that there will be much global co-operation if and when a coronavirus vaccine is available.

“Rich countries will most likely try to push their way to the front of the queue, leaving poorer countries at the back, and that’s a problem,” said Jimmy Whitworth, a professor of international public health at the London School of Hygiene and Tropical Medicine. 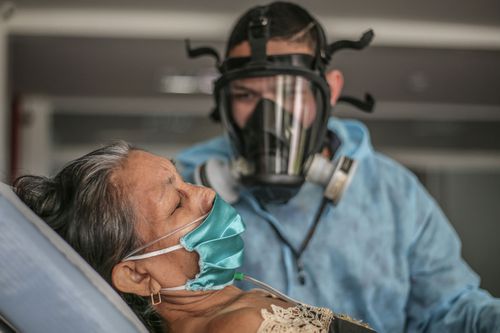 “I can’t imagine any country saying, ‘Africa’s need is greater than ours, so they can get the vaccine first and we’ll remain vulnerable.”‘

The urgency of finding a way to stem outbreaks was evident as Brazil reported yet another record number of deaths over the previous 24 hours – 1349.

Brazil’s confirmed death toll of more than 32,500 is the world’s fourth-highest and is considered a significant under count due to insufficient testing. 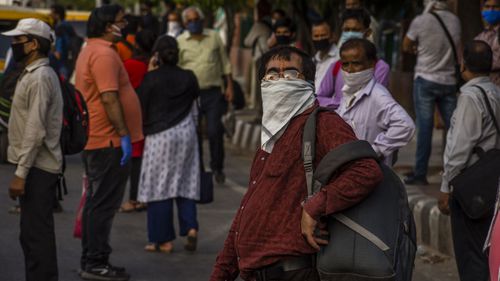 Ahead of the vaccine gathering, philanthropist Bill Gates said there were potential solutions to the growing tide of vaccine nationalism.

“The key to that challenge is having scale and having factories all over the world that are making the vaccines,” Gates said.

British Prime Minister Boris Johnson said he hoped Thursday’s gathering would mark “the moment when the world comes together to unite humanity in the fight against disease”.

About a dozen vaccine candidates are in early stages of testing in thousands of people around the world.

Uplift projects have been apparently launched in the by-poll...
Lifestyle

Covid Wales: All hospitals ask for masks as cases rise

One hospital also goes further by reinstating a temporary...
India

Chennai: Cab driver kills techie in front of his family in argument over OTP, number of passengers

WARNING: Aboriginal and Torres Strait Islander readers are advised this story contains images of a person who is deceased.The family of a man who...
Read more

The Reserve Bank of Australia has increased the nation's cash rate by 0.5 per cent to 1.35 per cent. Source by
Read more

Follow the 9News live breaking news blog throughout the day