Could Mauna Loa’s eruption trigger another nearby volcano? 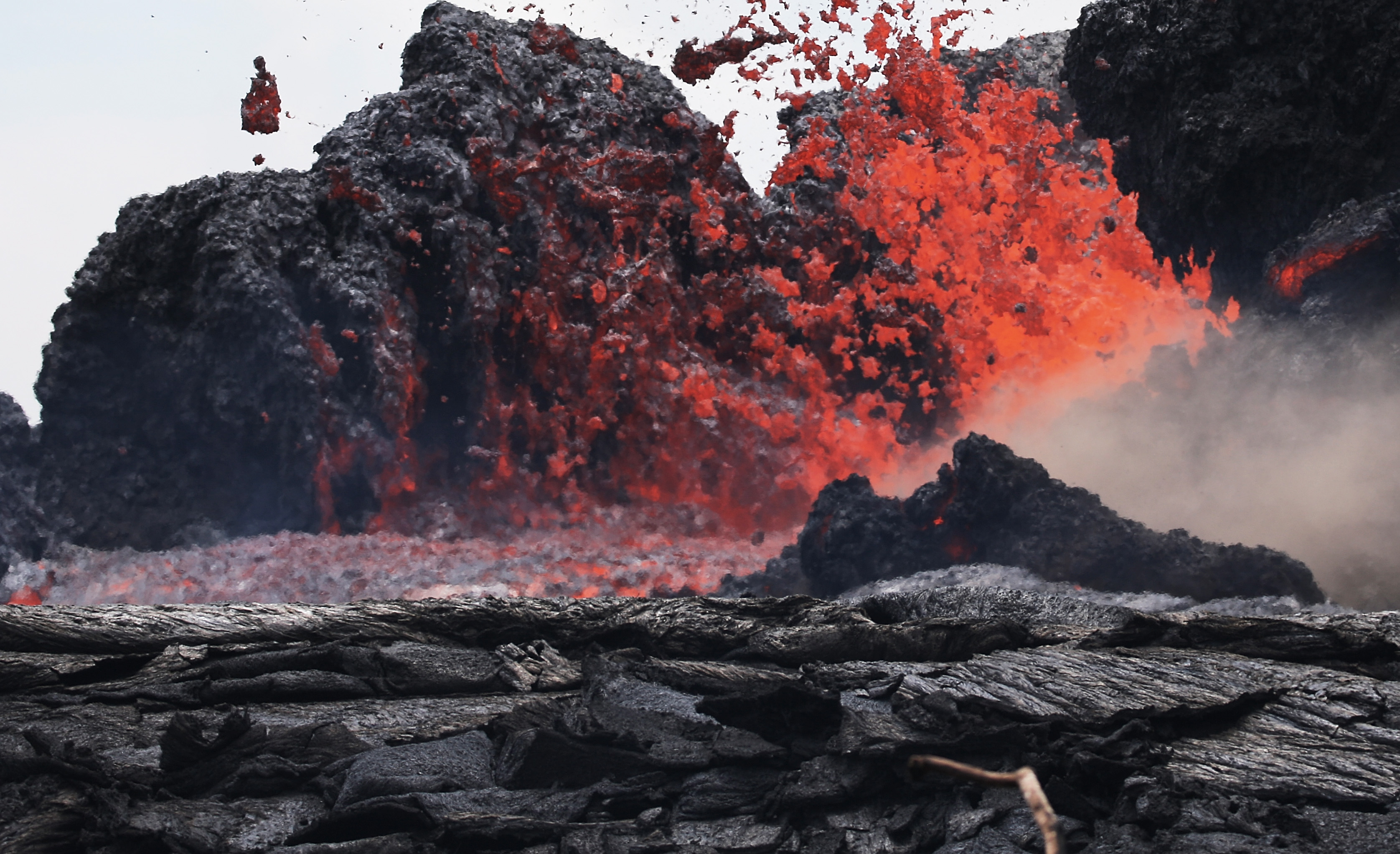 Volcanic ash and debris are falling in the communities around Hawaii’s Mauna Loa, the world’s largest active volcano that is erupting for the first time since 1984.

According to the U.S. Geological Survey (USGS), the eruption began Sunday night. The volcano, which stretches more than 13,000 feet above sea level, is not threatening downslope communities at this time as lava flow is constrained to the caldera summit. But some are worried that the activity on Mauna Loa could trigger one of the island’s other four volcanoes.

Mauna Loa is one of five volcanoes on Hawaii’s big island. According to the USGS, it makes up more than 50 percent of the island’s land mass and neighbors several other volcanos, including Kilauea, Hualalai and Mauna Kea. The Kohala volcano is extinct, meaning it won’t erupt again because it has been cut off from its lava supply. The other four—Mauna Loa, Kilauea, Hualalai and Mauna Kea—are active, although Mauna Kea is considered dormant since it hasn’t erupted in 4,000 years.

A USGS article said there’s no evidence that a volcano’s eruption triggers another eruption hundreds of miles away, but Hawaii’s volcanos are positioned much closer to each other, with Mauna Loa’s neighboring volcanos anywhere from 20 miles to 55 miles away.

Historically, simultaneous eruptions have occurred from volcanoes that are within roughly six miles of each other, but the USGS said “it’s difficult to determine whether one eruption caused the other.”

When volcanoes trigger simultaneous eruptions, it’s often when they share common magma reservoirs. Mauna Loa does not share a magma reservoir with its neighboring volcanoes.

“Hawaii’s Kilauea volcano is located on the flank of Mauna Loa volcano, so the two are only 33 kilometers (20 miles) apart, yet those two volcanoes have distinctly different magma reservoirs,” the USGS said. “Despite their proximity, an eruption at one does not appear to trigger an eruption at the other.”

Kilauea last erupted in 2018 and destroyed hundreds of homes. It did not trigger a simultaneous eruption at Mauna Loa. Mauna Loa’s eruptions do not tend to be explosive, and the 1984 eruption didn’t injure anyone, although lava caused damage to infrastructure and blocked roads.

“Mauna Loa eruptions are not explosive eruptions like Mt. St. Helens. So generally there is no concern of the mountain top blowing off and affecting communities or burial of communities with thick piles of ash like the AD78 Mt. Vesuvius eruption,” Rajeev Nair, a University of Calgary earth science professor, previously told Newsweek.

There have been earthquakes below Mauna Loa’s surface for weeks, signaling the volcano’s increasing unrest. The earthquakes’ frequency have increased since mid-September.

It is uncertain how the volcano’s eruption will progress or how long it will last.