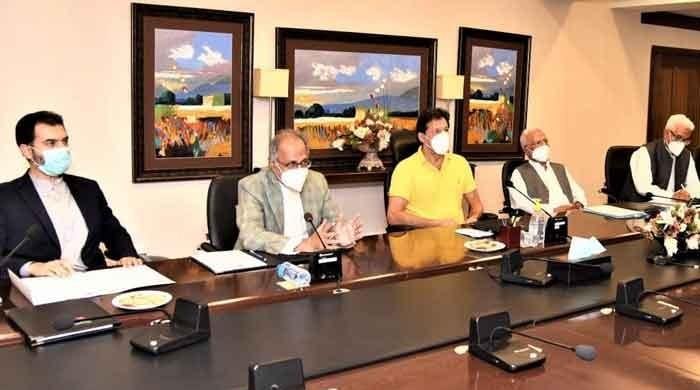 ISLAMABAD: Prime Minister Imran Khan on Saturday stressed upon the need for out-of-the-box solutions for the economic growth in the wake of coronavirus pandemic.

Chairing a meeting of the Finance and Economy think tank, he said that from day one, the government adopted a strategy to maintain a balance between sustaining economic activity and protecting the masses from the infectious disease.

The adviser on finance briefed the session about the objectives and focus areas of the think tank.

The prime minister directed that regular feedback from the think tank be provided to him on various ongoing initiatives, policies, and programmes of the government.

The prime minister emphasised that their prime focus was on providing relief to the poor segments of society through targeted subsidies.

He said the Ehsaas programme was a flagship programme of the government to alleviate poverty and required expansion along with a strategy to reach the most needy people.

The prime minister highlighted that a substantive package had been announced for the construction and housing sector that aimed at increasing much-needed employment opportunities and economic stimulus as well as adding to the inventory of affordable housing for the poor.

The premier highly appreciated the proposals presented by the think tank regarding banking and finance, further improving the Ehsaas programme and facilitating small and medium enterprises.