COVID Hits One Of The Last Uninfected Places On The Planet 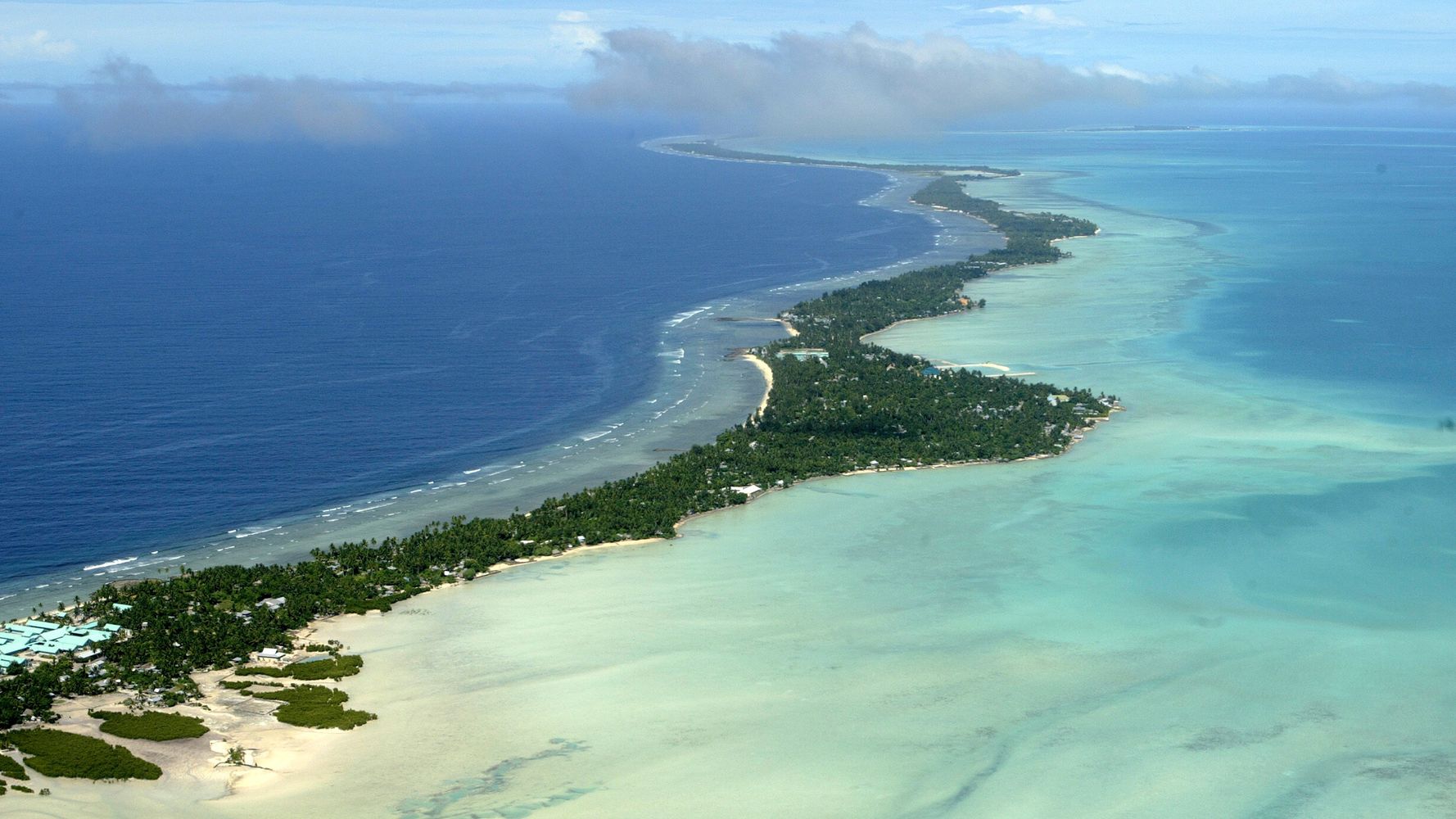 Kiribati finally began reopening this month, allowing the Church of Jesus Christ of Latter-day Saints to charter a plane to bring home 54 of the island nationâ€™s citizens. Many of those aboard were missionaries who had left Kiribati before the border closure to spread the faith abroad for what is commonly known as the Mormon church.

Officials tested each returning passenger three times in nearby Fiji, required that they be vaccinated, and put them in quarantine with additional testing when they arrived home.

More than half the passengers tested positive for the virus, which has now slipped out into the community and prompted the government to declare a state of disaster. An initial 36 positive cases from the flight had ballooned to 181 cases by Friday.

Kiribati and several other small Pacific nations were among the last places on the planet to have avoided any virus outbreaks, thanks to their remote locations and strict border controls. But their defenses appear no match against the highly contagious omicron variant.

â€œGenerally speaking, itâ€™s inevitable. It will get to every corner of the world,â€ said Helen Petousis-Harris, a vaccine expert at the University of Auckland in New Zealand. â€œItâ€™s a matter of buying enough time to prepare and getting as many people vaccinated as possible.â€

Only 33% of Kiribatiâ€™s 113,000 people are fully vaccinated, while 59% have had at least one dose, according to the online scientific publication Our World in Data. And like many other Pacific nations, Kiribati offers only basic health services.

Dr. Api Talemaitoga, who chairs a network of Indigenous Pacific Island doctors in New Zealand, said Kiribati had only a couple of intensive care beds in the entire nation, and in the past relied on sending its sickest patients to Fiji or New Zealand for treatment.

He said that given the limitations of Kiribatiâ€™s health system, his first reaction when he heard about the outbreak was, â€œOh, my lord.â€

Kiribati has now opened multiple quarantine sites, declared a curfew and imposed lockdowns. President Taneti Maamau said on social media that the government is using all its resources to manage the situation, and urged people to get vaccinated.

The Church of Jesus Christ of Latter-day Saints, based in the U.S. state of Utah, has a strong presence in many Pacific nations, including Kiribati, where its 20,000 members make it the third-largest Christian denomination. The church has about 53,000 missionaries serving full time around the world, working to convert people.

As the pandemic ebbed and flowed, the church responded. It recalled about 26,000 missionaries who were serving overseas in June 2020, reassigning them to proselytize online from home before sending some back out into the field five months later.

When COVID-19 vaccines became widely available in many countries in April 2021, church officials encouraged all missionaries to get inoculated and required it of those serving outside their home countries.

Church spokesperson Sam Penrod said the returning missionaries remained in quarantine, were cooperating with local health authorities and would be released from their service upon completion of their quarantine.

â€œWith Kiribatiâ€™s borders being closed since the onset of the pandemic, many of these individuals have continued as missionaries well beyond their 18 to 24 months of anticipated service, with some serving as long as 44 months,â€ he said.

In October, a missionary returning to Tonga from service in Africa was reported as the countryâ€™s first â€” and so far only â€” positive case after flying home via New Zealand. Like those returning to Kiribati, he also was vaccinated and quarantined.

Tonga is desperately trying to prevent any outbreaks as it recovers from a devastating volcanic eruption and tsunami earlier this month. The nation of 105,000 has been receiving aid from around the world but has requested that crews from incoming military ships and planes drop their supplies and leave without having any contact with those on the ground.

â€œTheyâ€™ve got enough on their hands without compounding it with the spread of COVID,â€ said Petousis-Harris, the vaccine expert. â€œAnything they can do to keep it out is going to be important. COVID would be just compounding that disaster.â€

In the long term, however, it is going to be impossible to stop the virus from entering Tonga or any other community, Petousis-Harris said.

Nearby Samoa, with a population of 205,000, is also trying to prevent its first outbreak. It imposed a lockdown through until Friday evening after 15 passengers on an incoming flight from Australia last week tested positive.

By Thursday, that number had grown to 27, including five front-line nurses who had treated the passengers. Officials said all those infected had been isolated and there was no community outbreak so far.

While the incursion of the virus into the Pacific has prompted lockdowns and other restrictions, there were signs that not all traditional aspects of island life would be lost for long.

â€œGovernment has decided to allow fishing,â€ Kiribati declared on Thursday, while listing certain restrictions on times and places. â€œOnly four people will be allowed to be on a boat or part of a group fishing near shore.â€