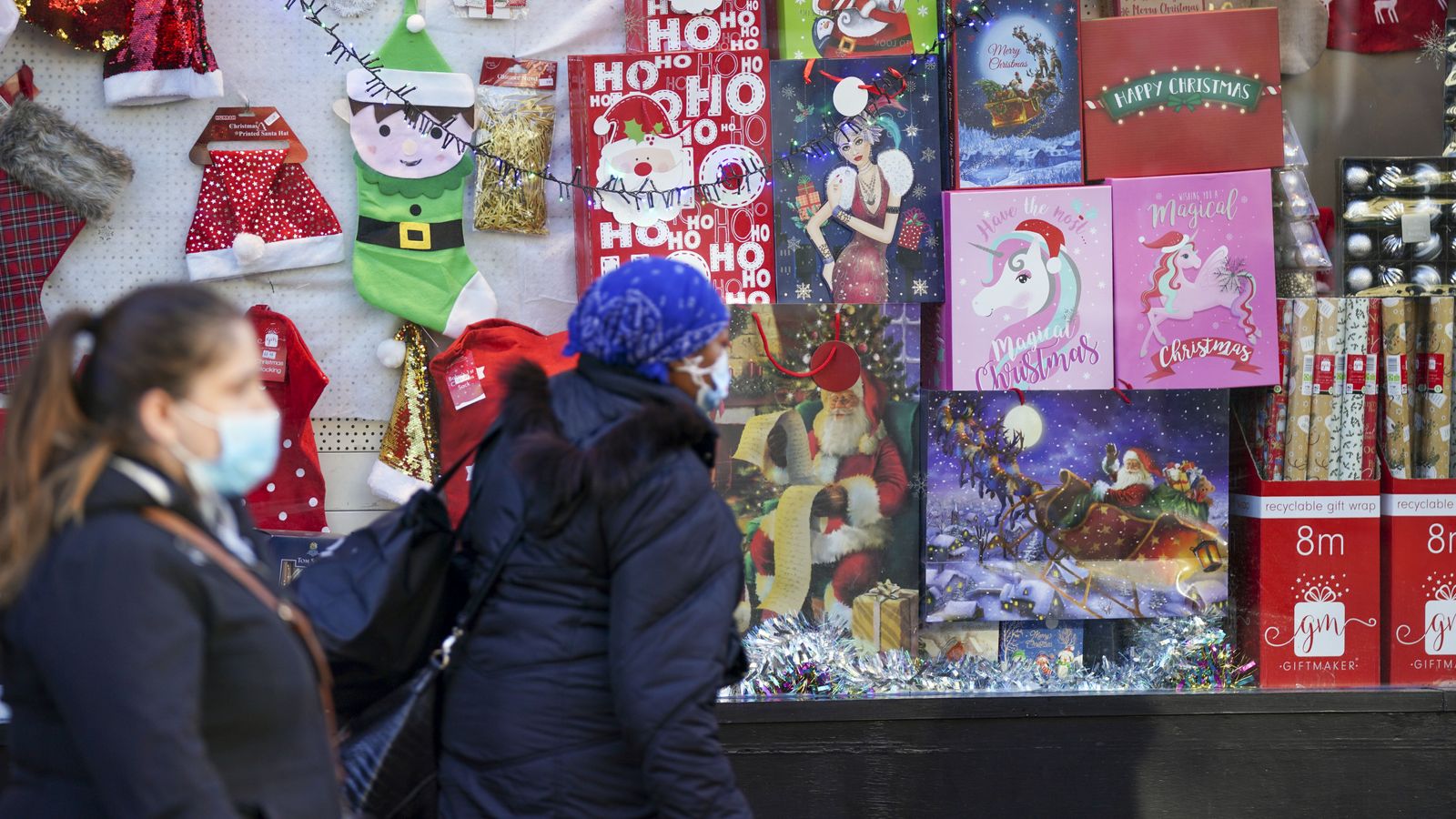 The UK could face “more stringent measures” after Christmas to counter the spread of the Omicron variant over the festive season, an expert has told Sky News.

Professor Sir David Spiegelhalter said the emergence of Omicron in the UK was “appalling timing” as the next few weeks are “one of the highest risk periods… with a lot of indoor socialising”.

He said that the government “would love not to disrupt Christmas”, but he warned: “What happens after Christmas is another matter.

“The travel restrictions are only going to slow things down a little, they’re not going to stop it.

“In the New Year we’re likely to see a lot of challenges and that could mean more stringent measures.”

Although the UK is still waiting for real-world data on the new variant, Professor Spiegelhalter, a statistician at the University of Cambridge, said that currently it does not appear to have as much of a risk of severe disease.

“It doesn’t look as if it’s really severe if you get it,” he said. “I think that’s about all we can say at the moment.”

He also praised the booster vaccines for “saving very large numbers of lives”.

“It’s a very strange situation we’re in where cases in young people are going up, but cases in old people are coming down,” he said.

“That’s the booster effect – we are being saved by boosters essentially – they are extraordinarily effective.”

He said that after three doses of a COVID vaccine “you are more protected than you have ever been, even from the beginning”.

But he cautioned that annual booster jabs are likely to be a reality in order to top up people’s immunity to the virus.

“I think we are going to be getting boosters for the foreseeable future,” he said, suggesting that Omicron may become endemic.

“It’s not clear what that is going to mean for our lives. But we’re going to have to get used to it,” he added.

It came after Health Secretary Sajid Javid announced the return of pre-departure coronavirus tests for all people arriving in the UK.

The UK Health Security Agency (UKHSA) said that the blanket measures on testing, which will come in at 4am on 7 December, are in response to scientists saying Omicron may have a “reduced incubation period”.

This means there could be a smaller window between someone catching the virus and becoming infectious than with previous variants.

Although Professor Spiegelhalter said travel restrictions will “slow down” the spread of Omicron in the UK, he stressed that working from home “is extremely effective” as it “halves the number of close contacts people have”.