COVID vaccination to become mandatory for NHS staff in England 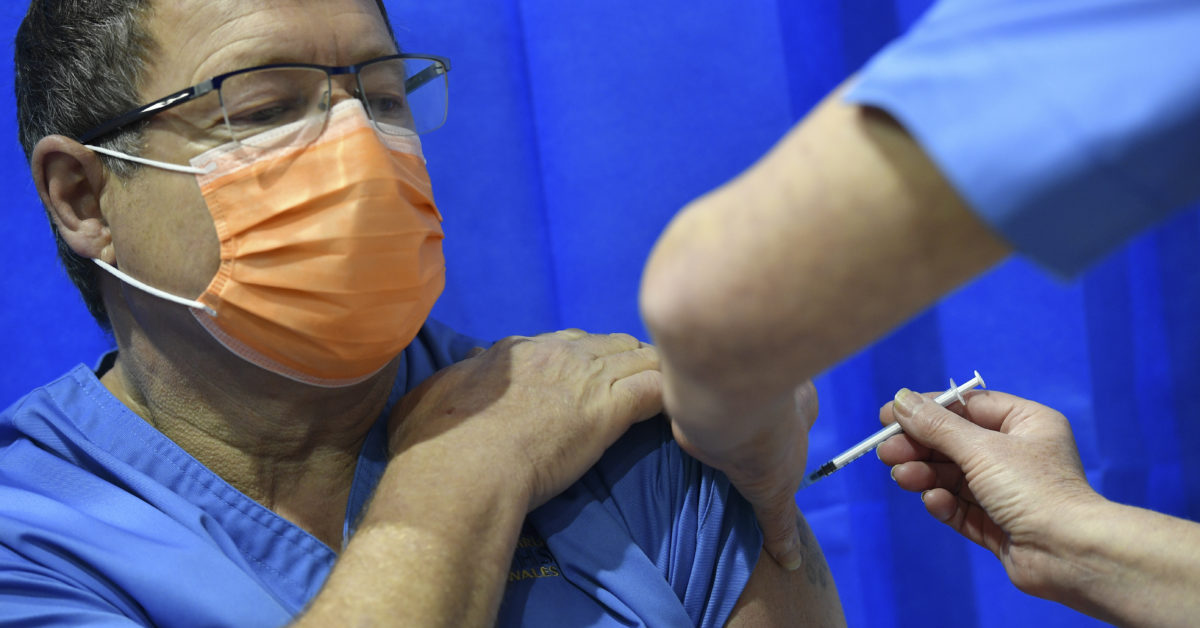 Unvaccinated staff will have until next spring to get both doses of the vaccine according to the government’s plan, the BBC reported.

Almost 90 percent of frontline NHS England staffers are fully vaccinated â€” and 92 percent have had at least their first dose. That leaves an estimated 80,000-100,000 health care workers who haven’t been jabbed.

Other countries have already introduced compulsory COVID-19 vaccinations for health care workers, including Italy, Greece and France. French Health Minister Olivier VÃ©ran said in October that 15,000 health care workers have been suspended due to the measure.

As it stands now, the policy will only apply to NHS England. Scotland, Wales and Northern Ireland have not come out with similar proposalsÂ

U.K. Prime Minister Boris Johnson caused controversy on Monday, as he appeared maskless during a hospital visit â€” posing for pictures alongside medical staff who were wearing face coverings. Johnson did follow the guidelines set by the NHS trust, donning a face covering when in clinical areas.