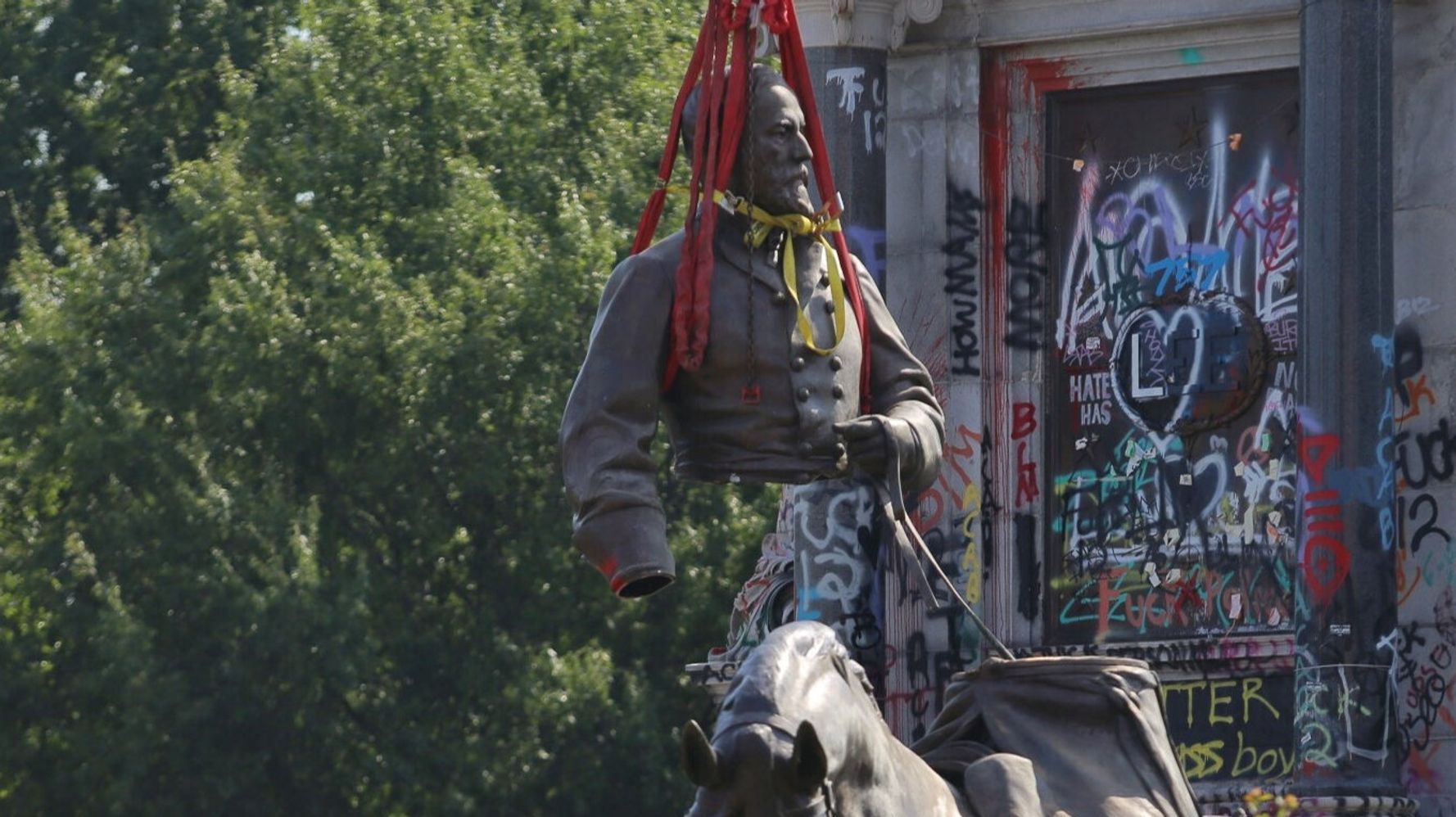 RICHMOND, Va. (AP) â€” Work crews were still searching Thursday morning for a time capsule they believed was buried inside the pedestal under a statue of Confederate Gen. Robert E. Lee that towered over Richmond, Virginia, for more than a century until itÂ was taken downÂ Wednesday.

State officials were scheduled to remove the 134-year-old time capsule Thursday morning from a cornerstone where they believed it was located. But after removing a 2,500-pound (1,134-kilogram) capstone and a 500-pound (227-kilogram) lid, crews were unable to pinpoint the precise location of the capsule.

Workers have been using ground-penetrating radar devices to try to find the capsule in a third piece of the cornerstone. Virginia Gov. Ralph Northamâ€™s chief of staff, Clark Mercer, said crews would keep looking for it in the cornerstone and adjoining stones. They have also decided to dig into the lid of the cornerstone to insert a new time capsule.

The new time capsule will contain items reflective of current times, including an expired vial of the Pfizer COVID-19 vaccine, a Black Lives Matter sticker and a photograph of a Black ballerina with her fist raised near the Lee statue after racial justice protests erupted following the police killing of George Floyd in Minneapolis last year.

Historical records and imaging tests led state officials to the spot believed to be the original capsuleâ€™s location in the cornerstone of the 40-foot (12-meter) tall granite pedestal.

A newspaper article from 1887 suggests that the copper time capsule contains mostly memorabilia, including a U.S. silver dollar and a collection of Confederate buttons. But one line from that article has piqued the interest of historians. Listed among the artifacts is a â€œpicture of Lincoln lying in his coffin.â€

It is unclear what kind of a picture it is, but the article says it was donated by â€œMiss Pattie Leake,â€ who was a school principal from a prominent local family.

Harold Holzer, a historian and Lincoln scholar, told The Associated Press earlier this year he believes itâ€™s highly doubtful the picture is an actual photograph of Lincoln in his coffin because the only known photo of Lincoln in death was taken by photographer Jeremiah Gurney in City Hall in New York on April 24, 1865.

Holzer said itâ€™s more likely it could be a popular Currier & Ives lithographic print of Lincoln lying in state in New York or a sketch done by someone who may have witnessed Lincolnâ€™s body during a two-week tour the presidentâ€™s body was taken on before his burial in Springfield, Illinois.Â

The bronze equestrian statue of Lee was one of five enormous Confederate tributes along Richmondâ€™s Monument Avenue and the only one that belonged to the state. TheÂ four city-owned statues were taken down last summer, but the Lee statue removal was blocked by two lawsuits until aÂ ruling from the Supreme Court of Virginia last weekÂ cleared the way for it to be taken down Wednesday.

After the time capsule is removed, it will be brought to a state Department of Historic Resources lab, where historians will immediately open it and begin to preserve the approximately 60 items believed to be inside.

Northam said the original time capsule reflects Virginia in 1890, but the 39 items contained in the new capsule reflect â€œwho we are as a people in 2021.â€

â€œThe past 18 months have seen historic change, from the pandemic to protests for racial justice that led to the removal of these monuments to a lost cause. It is fitting that we replace the old time capsule with a new one that tells that story,â€ Northam said in a news release.