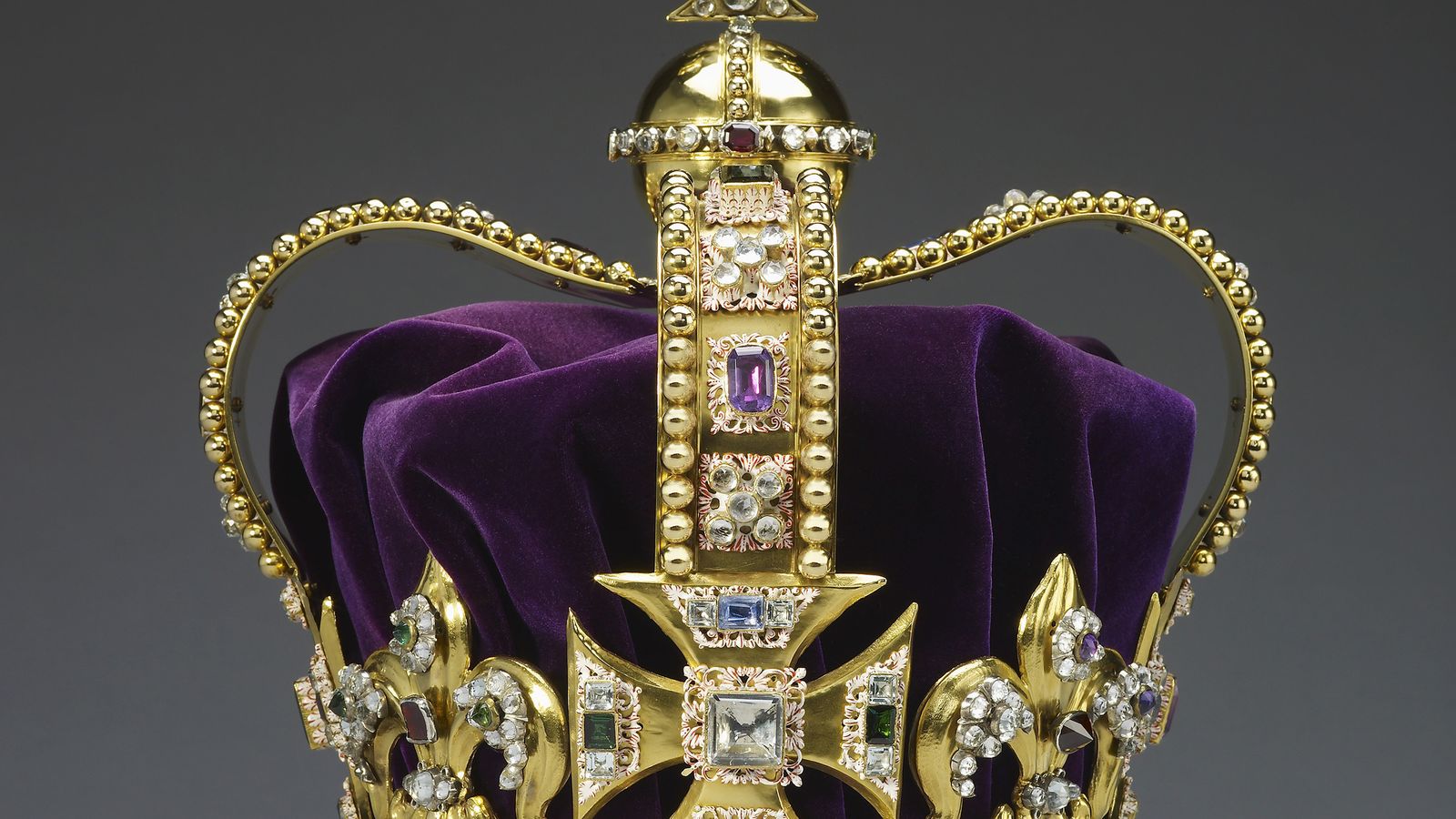 A crown kept in the Jewel House of the Tower of London has been removed – but the Beefeaters can rest easy, it has been taken to be re-sized ahead of King Charles’s coronation.

Buckingham Palace said the St Edward’s Crown, the centrepiece of the Crown Jewels viewed by millions of people every year at the Tower, has been moved to an undisclosed location for modification in preparation for the coronation of King Charles III on 6 May next year.

The movement of the priceless crown was kept secret until it was safely delivered.

Versions of the St Edward’s Crown are thought to have been used at the moment of coronation for British and English monarchs since the 13th century.

The current crown was made for Charles II in 1661, as a replacement for the medieval crown, which had been melted down in 1649.

The original was thought to date back to the 11th-century royal saint, Edward the Confessor, the last Anglo-Saxon king of England.

It is St Edward’s Crown that appears in the royal coat of arms of the United Kingdom, the Royal Mail logo and in badges of the Armed Forces.

The coronation will take place in Westminster Abbey, eight months after the monarch’s accession and the death of the Queen.

Read more:
What will King Charles’s coronation involve – and will there be a bank holiday?
Why will Camilla be crowned – and what may happen during ‘simpler ceremony’?

It is understood the ceremony will include the same core elements of the traditional service – which has retained a similar structure for more than 1,000 years – while also recognising the spirit of modern times.

Charles’s coronation is expected to be on a smaller scale and shorter, with suggestions it could last just one hour.

It is also expected to be more inclusive of multi-faith Britain than past coronations but will be an Anglican service, with the Queen Consort, Camilla, crowned alongside Charles.

Guest numbers will be reduced from 8,000 to around 2,000, with peers expected to wear suits and dresses instead of ceremonial robes, and a number of rituals, such as the presentation of gold ingots, axed.

The late Queen’s coronation was a carnival of celebration, with half a million spectators lining her procession route on 2 June 1953.

Despite initial reservations, the late Queen eventually agreed to the TV cameras being present in Westminster Abbey to capture the historic event, with licence holders doubling in anticipation.

An estimated 27 million people in Britain alone watched the coronation live on their black and white televisions, and the images were beamed around the world.