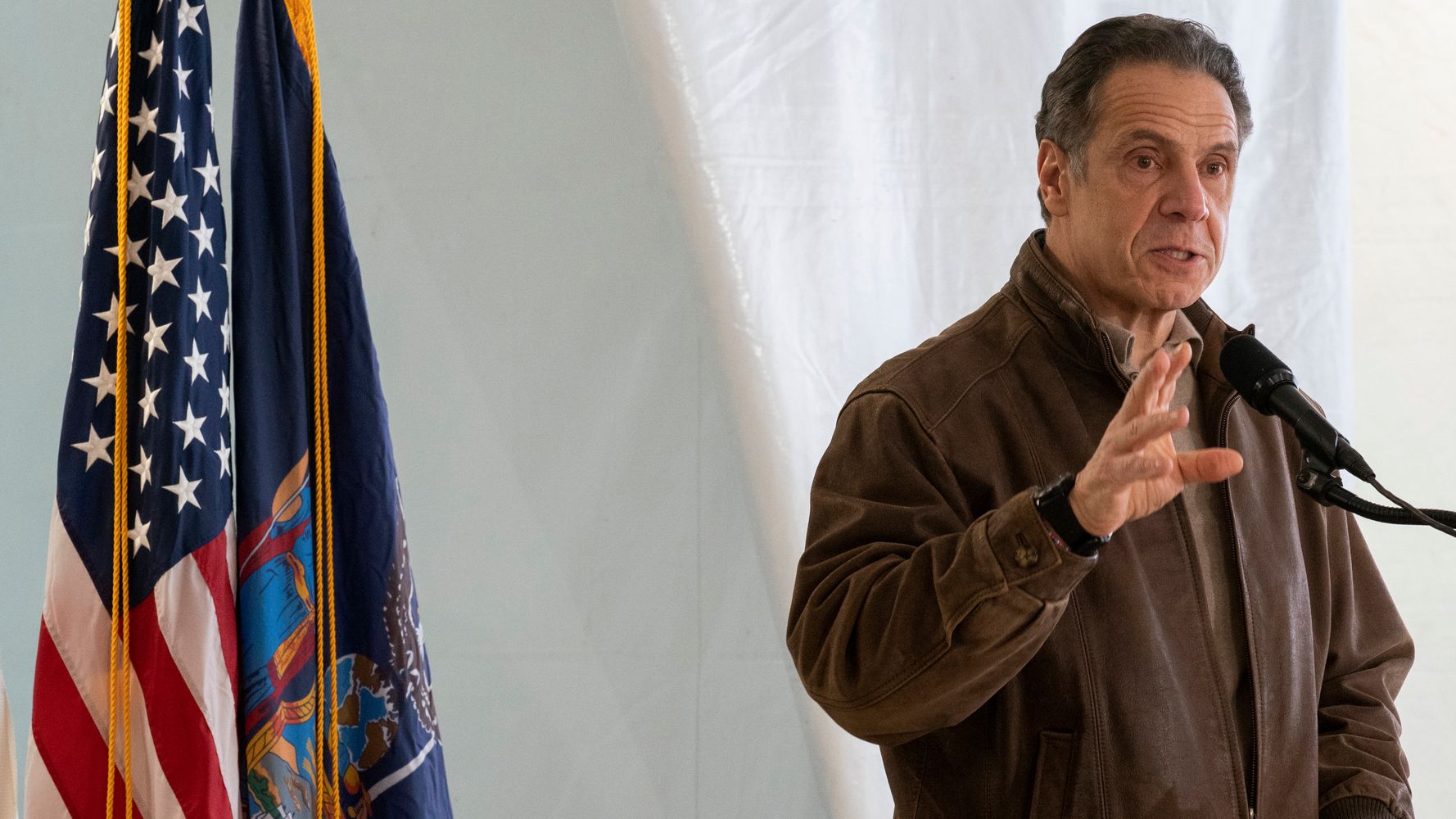 ALBANY, N.Y. (AP) â€” New York Gov. Andrew Cuomo wrote a book on managing the COVID-19 crisis. Now he faces intensifying accusations that he covered up the true death toll of the pandemic on nursing home residents, attacks that challenge his reputation for straight-shooting competency and could cloud his political future.

State lawmakers called for investigations, stripping Cuomo of his emergency powers and even his resignation after new details emerged this week about why certain nursing home data was kept under wraps for months, despite requests from lawmakers and others.

Top aide Melissa DeRosa told lawmakers the data was delayed because officials worried that the information was â€œgoing to be used against usâ€ by the Trump administrationâ€™s Department of Justice.

The new salvos from Republicans and Cuomoâ€™s fellow Democrats mark a stark turnaround from early days of the pandemic, when Cuomoâ€™s daily briefings helped cement a national reputation for leadership. The briefings, in which he promised to deliver â€œjust the facts,â€ won him an International Emmy and helped lead to his book, â€œAmerican Crisis.â€

â€œHe stepped in it, more than a little bit. It would be bad enough if this had come out and he had not been publicly sort of celebrating, and been celebrated, for his handling of the pandemic,â€ said Jeanne Zaino, political science professor at Iona College. â€œBut putting that aside, it doesnâ€™t get more serious than this. Youâ€™re talking about the deaths of 15,000 people.â€

The Cuomo administration for months dramatically underreported the statewide number of COVID-19 deaths among long-term care residents. It is now nearly 15,000, up from the 8,500 previously disclosed.

The new toll amounts to about one-seventh of the roughly 90,000 people living in nursing homes as of 2019 in New York, which has among the most care home residents in the nation.

Cuomo has pointed to a small but growing body of research suggesting unchecked community spread is the biggest factor in nursing home outbreaks, and he has said inadequate federal government help with travel restrictions, testing and protective gear left New York City and its suburbs particularly vulnerable.

He has dismissed criticism as political and noted that the thousands of nursing home residentsâ€™ deaths in hospitals were always counted in the stateâ€™s overall tally.

The uproar might not have the same impact on the third-term Democrat as it would if he were facing reelection for the first time this year, Zaino said. But it could make him less likely to be tapped for a post in the Biden administration.

And Cuomo â€” who says he will run again in 2022 â€” is now facing criticism that is increasingly coming from members of his own party.

â€œThe governorâ€™s lack of transparency and stonewalling regarding his administrationâ€™s nursing home actions is unacceptable,â€ said state Sen. John Mannion, one of 14 Democratic state senators who said Friday that Cuomoâ€™s expanded emergency powers should be repealed as soon as possible.

The higher death tolls were only divulged hours after a report late last month from Democratic state Attorney General Letitia James examining the administrationâ€™s failure to include nursing home residents who died at hospitals. The updated numbers backed up the findings of an Associated Press investigation last year that concluded the state could have been understating deaths by thousands.

Nursing home residentsâ€™ advocates and relatives have questioned whether the virusâ€™s spread in nursing homes was fueled by a March 25 state directive that barred the facilities from refusing people just because they had COVID-19. The directive was intended to free up space in rapidly filling hospitals.

Debra Diehl, 62, who lost her 85-year-old father, Reeves Hupman, to presumptive COVID-19 in May at a nursing home outside Albany, wants to know why Cuomo and the state didnâ€™t do more to separate residents who may have had the virus, perhaps by putting them in field hospitals.

â€œThey had people coming up, sent from downstate hospitals up here,â€ Diehl said. â€œIt just seemed like Typhoid Marys, just spreading it further. He did not know what he was doing, or he did not care.â€

In reply to a Freedom of Information request from the AP in May, the state Health Department released records this week showing that more than 9,000 recovering coronavirus patients in New York were released from hospitals into nursing homes from March 25 to May 10, when Cuomo undid the directive.

The state issued a report insisting the patients didnâ€™t drive the virusâ€™s transmission in nursing homes, though it didnâ€™t rule out whether the directive played any role.

Cuomo has said the facilities had a responsibility to accept only patients they could care for. State health inspectors have uncovered infection control violations at dozens of nursing homes amid the pandemic and levied at least $1 million in fines.

Still, DeRosa has estimated that New York nursing home residents represent 40% of the lives lost this winter. New York has reported over 10,000 deaths since Dec. 1.

The disclosure of DeRosaâ€™s comments this week in a conference call with Democratic lawmakers essentially brought months of complaints to a boiling point.

She said the state â€œfrozeâ€ in responding to lawmakers August request for the number of nursing home residents who died in hospitals because officials were also responding to a Justice Department inquiry and fretted that â€œwhat we start saying was going to be used against us, and we werenâ€™t sure if there was going to be an investigation.â€

DeRosa issued a statement Friday saying that the state was slow to respond to the lawmakers because it was dealing with the Justice Department, and then with the virusâ€™s resurgence in autumn and with vaccinations. The governorâ€™s office declined to comment further.

â€œIt gave the impression of them trying to whitewash the information,â€ said Sen. Rachel May, one of the 14 Democrats calling for rescinding Cuomoâ€™s emergency powers.

Senate Republican Leader Rob Ortt said Cuomo â€œneeds to demand the immediate resignation of anyone involved in this cover-up, and if he was aware, he must be removed from office.â€

The criticism could resonate because it fits with a common complaint that for all of his ability, Cuomoâ€™s controlling nature can undercut his effectiveness.

Cuomo has dismissed that idea, writing in his book: â€œYou show me a person who is not controlling, and Iâ€™ll show you a person who is probably not highly successful.â€

â€Itâ€™s definitely cast a bad shadow on the administration,â€ she said.