Cuomo Has $16 Million in Campaign Cash and No Campaign. What Now? 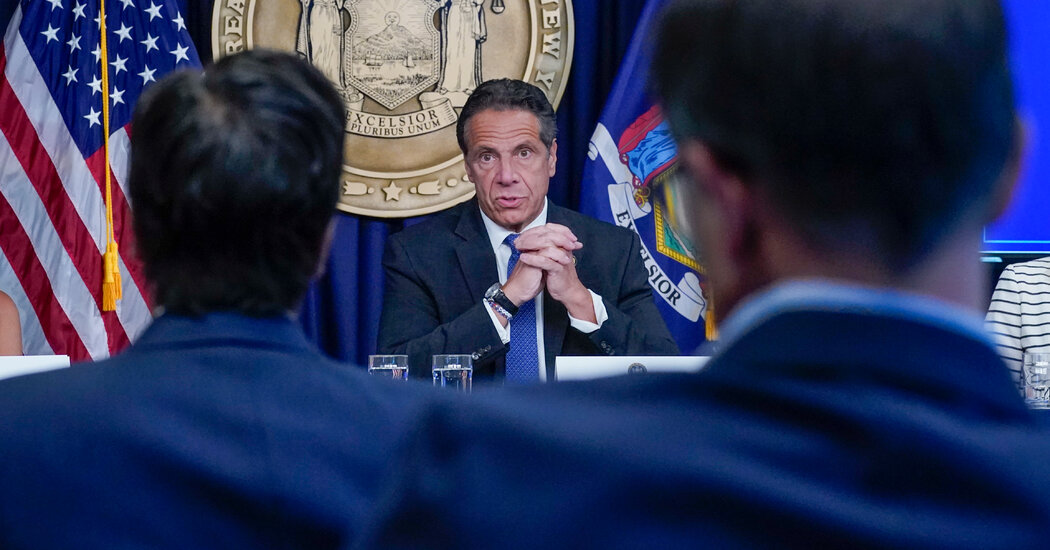 Under state law it is possible that the state could reimburse some legal fees, Politico New York has reported. Rich Azzopardi, a spokesman for Mr. Cuomo, said pursing that avenue was an option, though it is not clear how such a move would be interpreted by the attorney generalâ€™s office.

The Downfall of Andrew Cuomo

The path to resignation. After drawing national praise for his leadership in the early days of the pandemic, New York Governor Andrew Cuomo was confronted with several scandals that eventually led to his resignationÂ on Aug. 10, 2021. Here is what to know about his political demise:

Sexual harassment accusations. Multiple women accused Mr. Cuomo of harassment, including groping and lewd remarks. An independent inquiryÂ by the New York State attorney general corroborated the accounts. The investigationÂ also found that he retaliated against at least one woman who made her complaints public.

In addition to spending on legal fees, the campaign has spent on political efforts as recently as Tuesday morning, funding an email to supporters that sharply criticized Attorney General Letitia James and promoted Ms. Glavinâ€™s appearance. Ms. James and her team have strongly defended the report.

Campaign finance records also show at least $42,500 in expenditures for Bulldog Strategies, LLC, which was founded by Mr. Azzopardi, and one of Mr. Cuomoâ€™s top advisers in office, Stephanie Benton, also appears to have remained on payroll.

There is also evidence of at least one plane charter: $12,241.03 to Apollo Jets in mid-August. Mr. Azzopardi said it was for previous fund-raiser travel earlier that summer.

From political exile, Mr. Cuomo has remained in touch with associates and onetime allies after leaving office, sounding some of them out over the last several months about the political landscape, even as many Democrats have made clear they hope he stays on the sidelines. One Democrat familiar with some of Mr. Cuomoâ€™s calls said that he appeared to have started increasing his outreach in the New York political arena earlier this month, as a judge dismissed a criminal complaint that had accused him of groping a former aide in the Executive Mansion in late 2020.

Another person who spoke with him in recent weeks said Mr. Cuomo gave the impression that he was seeking vindication, and made clear that he believed those who had called for his resignation had made a mistake.

Mr. Cuomo could use his remaining funds beyond any effort to seek office himself, from making political donations â€” though accepting money from him would be politically fraught for many Democrats â€” to attacking perceived adversaries to efforts to improve his image.