D.C. Officer Beaten In Capitol Riot Loses It On TV After Courtroom Incident 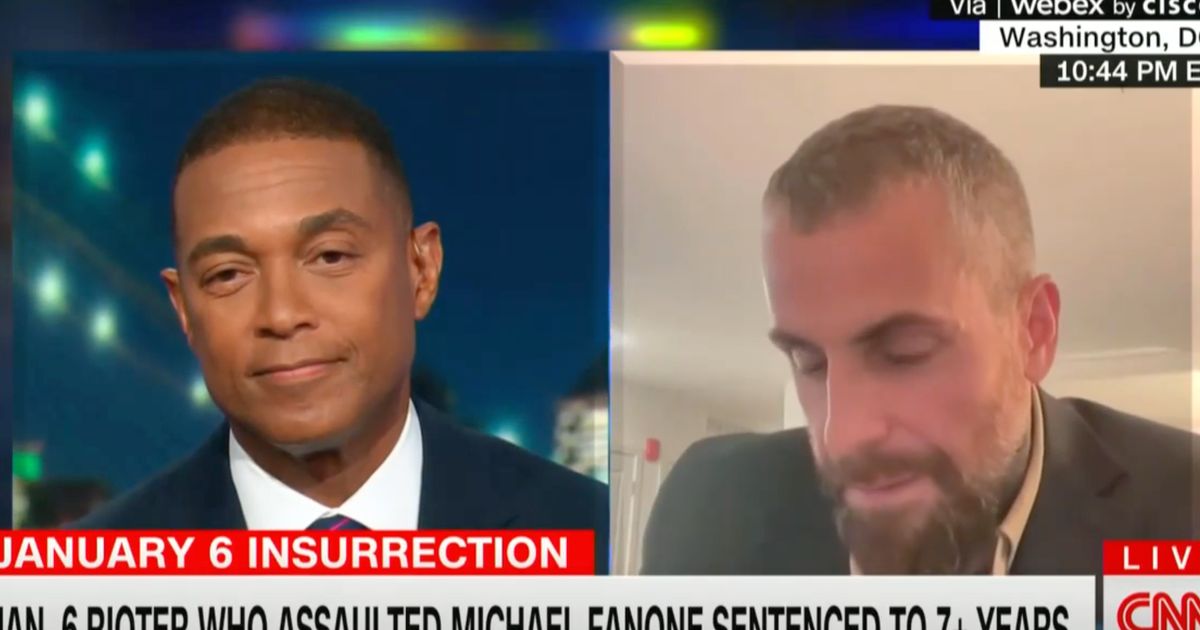 Former D.C. Metropolitan Police Officer Michael Fanone choked up on CNN Tuesday following an incident during the sentencing of a Capitol rioter who assaulted him.

Earlier in the day, Fanone attended court as Kyle Young, an Iowa man in the pro-Trump mob that assaulted Fanone on Jan. 6, 2021, was sentenced to seven years in prison.

Fanone suffered a heart attack after being beaten and electroshocked repeatedly that day. He resigned from the police force later that year, five years before he could retire with a pension.

In a courtroom speech Tuesday, Fanone told Young: “I hope you suffer.”

After Fanone spoke, an insurrection supporter in the courtroom called Fanone a “piece of shit,” according to NBC News.

Fanone: You fucking got me there man. What happened today is not just an isolated incident. It’s become my new reality. It’s every single day of my life… pic.twitter.com/gXkeIV8MOS

On CNN, host Don Lemon didn’t mince words as he introduced the interview, praising Fanone for putting “what’s right” before politics and losing “his job in the process and doesn’t get a pension for it.”

“It really pisses me off when I hear shit like what happened to you in the courtroom,” Lemon said to his guest.

Fanone grew emotional and momentarily found himself at a loss for words.

“I think that there’s a lot of different factors that lead people to continue to support Donald Trump,” Fanone said, before freezing up.

“It’s hard to focus on the bigger picture when you know, like, what happened today is not just an isolated incident,” Fanone continued after a moment. “It’s become my new reality. It’s every single day of my life.”

He said he was trying to put everything behind him, but continues to receive calls and texts from people who “want me to die.”

Fanone has become a loud voice fighting for justice over the riot, frequently speaking out against former President Donald Trump and his supporters. He has joined CNN as an on-air contributor since departing the police force.

He has repeatedly been targeted with violent and hateful threats. On Tuesday, for example, he shared a phone call during which a stranger told him “the world would be a better place if you were hit by a fast-moving bus tomorrow.”