Daniel Ricciardo has 2023 ‘plan’ amid hope for F1 return | George Russell: We’d like him at Mercedes 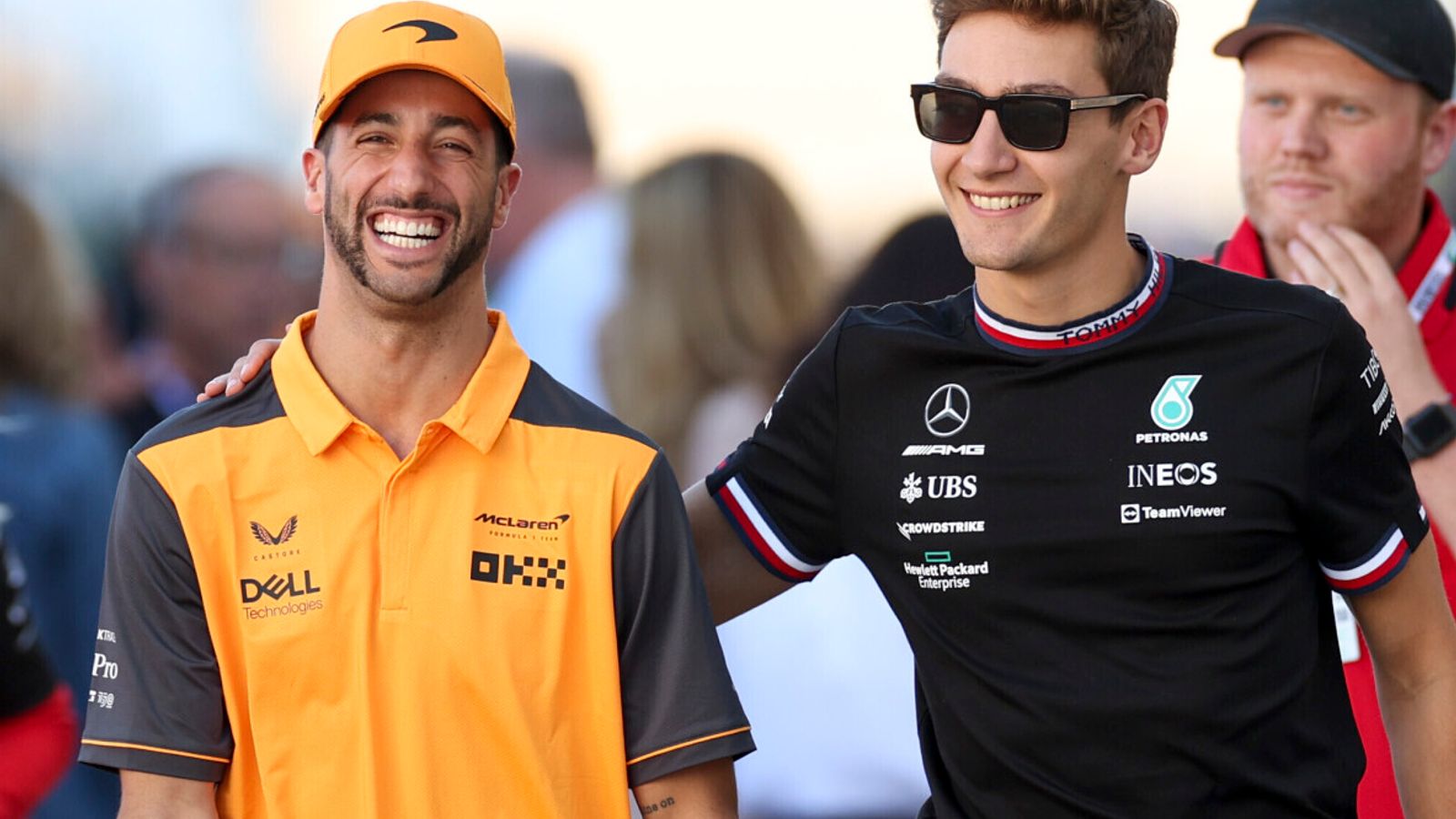 Daniel Ricciardo finished a superb seventh at the Mexico City GP and told Sky Sports F1 afterwards that he still wants to “keep a foot in the door” of Formula 1 next year, with Mercedes linked; “We’d like to see that,” says George Russell

Daniel Ricciardo believes a break from Formula 1 will be a “blessing in disguise” and has confirmed he is still talking to “certain teams” about a reserve role in 2023, with George Russell giving his Mercedes endorsement.

Since seeing his McLaren contract cancelled in August, Ricciardo has seen his viable F1 options dry up and now the only seat available on the grid at Haas, who the eight-time race winner is not interested in driving for.

The Mexico City GP was, however, a welcome reminder of Ricciardo’s talents as the Australian finished a ‘best of the rest’ seventh despite picking up a 10-second penalty for a collision with Yuki Tsunoda.

“I can confidently say that I won’t be on the grid behind a wheel [next year],” Ricciardo told Sky Sports F1 afterwards. “But I still want to be in the sport, and I want to be working with a team still with the ambition to be back on the grid in 2024.

“I feel like a bit of time away from a race seat will do me good, and then try to rebuild on something for 2024.

McLaren’s Daniel Ricciardo drove into Yuki Tsunoda, with the AlphaTauri driver forced to retire from the Mexico City Grand Prix as a result

McLaren’s Daniel Ricciardo drove into Yuki Tsunoda, with the AlphaTauri driver forced to retire from the Mexico City Grand Prix as a result

“I’m not done but it will look a bit different.”

Ricciardo, who has struggled alongside Lando Norris since joining McLaren in 2021, added: “No doubt, the last two years have been quite hard especially when you put a lot in and when it doesn’t quite come back. It can get you down.

“I know the value of having even like a summer break, just stepping away gives you a different perspective.

“The way the seasons are it’s pretty relentless, you don’t really get a chance to rebuild.

Daniel Ricciardo finally completed the overtake on Alfa Romeo’s Zhou Guanyu, while Lance Stroll and Pierre Gasly hit each other on the same straight

Daniel Ricciardo finally completed the overtake on Alfa Romeo’s Zhou Guanyu, while Lance Stroll and Pierre Gasly hit each other on the same straight

“Everyone’s different but I truly believe that will be, in a way, a blessing in disguise for me. By doing less, I’ll achieve more.”

Ricciardo has stressed that he is open to a reserve role in 2023 with one of the top three teams, Red Bull, Mercedes and Ferrari.

“That’s the plan,” he explained. “I honestly don’t [know where right now]. I’m certainly talking to teams, but I still want to obviously keep a foot in the door. As I said, for 2024.

“I’m sure seeing the lights go out in race one, I’ll already have that itch so I will want to be back in 2024.”

Ricciardo has been most strongly linked with Mercedes, partly because the world champions now have a reserve spot open with Nyck de Vries leaving for a seat with AlphaTauri for 2023.

Ricciardo was coy when asked about Mercedes outright but said: “There’s enough. There’s enough to certainly keep me interested and keep me on.”

He was then joined on the Sky Sports F1 stage by Mercedes boss Toto Wolff and driver Russell, who was asked about Ricciardo joining his team next year.

“I mean, it would be interesting. We’d like to see that!” said Russell. “It’s up to Daniel to see what he wants to do with his future.”